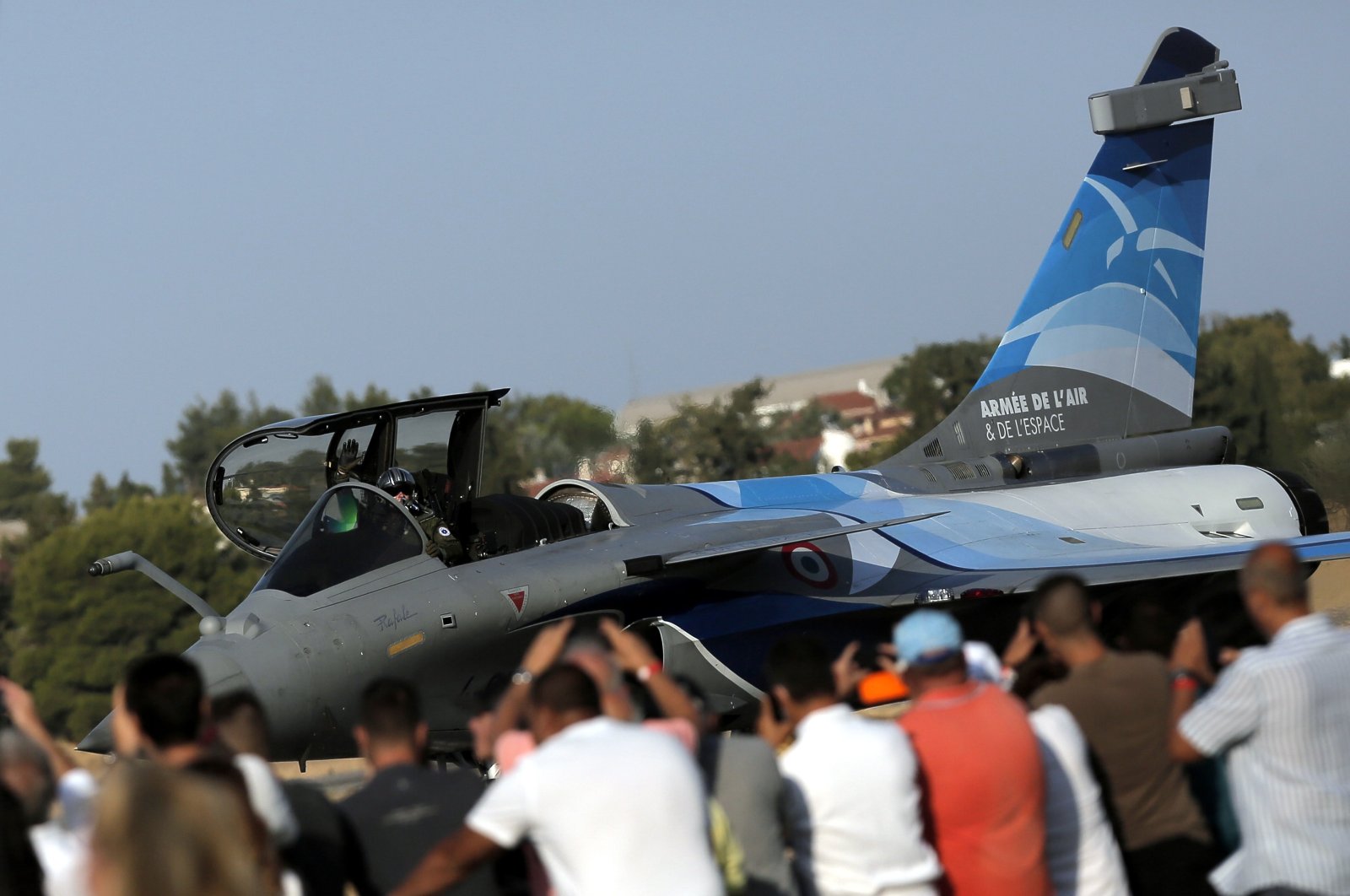 Turkey will resolutely continue to protect its own and the Turkish Republic of Northern Cyprus' (TRNC) rights in the Eastern Mediterranean, the ministry said in a statement.

"The main cause of the tension in the Eastern Mediterranean in recent years has been Greece's and the Greek Cypriot administration's maximalist maritime jurisdiction area claims and unilateral acts that ignore Turkey's and the TRNC's rights and interests," read the statement.

The ministry condemned Greece's recent attempts to violate the continental shelf and the Greek Cypriot administration's planned move to launch research activity on Oct. 3 with an Italian-owned and Maltese-flagged ship.

The Greek Cypriot administration also plans to commence a new drilling operation in the south of the island in November, the statement said, adding that these actions breach Turkish Cyprus' rights and violate Turkey's continental shelf.

"All necessary steps are being taken against these unilateral acts of Greece and the Greek Cypriot administration, both on the ground and at the table," the ministry asserted.

"Also, it is being brought to the attention of third countries that they should not be part of these unilateral acts."

The ministry pointed out that Turkey's President Recep Tayyip Erdoğan called on the European Union to convene an "inclusive conference" in the Eastern Mediterranean last year.

Turkish Cyprus also made a detailed proposal to the Greek Cypriot side in July 2019 regarding hydrocarbon resources, it added.

"Attempts are made through diplomatic channels against Greece's illegal, provocative and aggressive attitude, and the necessary response is given in the field within the scope of reciprocity," Turkey's Defense Ministry also said Sunday.

In another recent statement, Ankara said Friday that Greece's maximalist claims regarding maritime zones and air space are against international law after Athens and Paris struck a defense deal recently.

“It is vain for Greece to hope that it can make Turkey accept these claims, which are also questioned by the international community, through anti-Turkey military alliances, harming the NATO alliance,” the ministry said in a written statement, referring to the French-Greek deal in which both countries committed to mutual defense assistance.

“Greece’s arming, policies to isolate and alienate Turkey, in fact, are problematic policies that will harm the EU, to which it is itself a member, and threaten regional peace and stability.”

France and Greece Tuesday signed a multibillion-euro deal for Athens to buy three French warships, an accord hailed by President Emmanuel Macron as a major boost for the EU's defense ambitions.

Macron said after meeting Greek Prime Minister Kyriakos Mitsotakis at the Elysee Palace that Greece would buy the three frigates from France to cement a deeper "strategic partnership" between the two countries to defend their shared interests in the Mediterranean. Greece, however, had said it has no intention of entering an arms race with its neighbor and NATO ally Turkey.

Greece has often been embroiled in tensions with neighboring Turkey over a range of issues, from competing claims over hydrocarbon resources in the Aegean to the demilitarization of islands.

Its burgeoning arms program is designed to counter Turkey in the Eastern Mediterranean, against which France is among the few EU states to have offered public support in past months.

The announcement of boosting military ties with France comes after Defense Minister Hulusi Akar said recently that a couple of secondhand French Rafale jets will not change the power balance in the region.

“They have been engaging in an arms race. They buy jets, arms, equipment. It is not possible to change the power balance with a few secondhand jets,” Akar had said.

Turkey has frequently said that it expects neighboring Greece to adopt peaceful political solutions rather than aggressive ones.

Turkey, which has the longest continental coastline in the Eastern Mediterranean, has rejected maritime boundary claims made by European Union members Greece and the Greek Cypriot administration, stressing that these excessive claims violate the sovereign rights of both Turkey and the Turkish Cyprus. Both sides cite a range of decades-old treaties and international agreements to support their conflicting territorial claims.

It was also reported Friday that the 63rd round of consultative talks between Turkey and Greece will take place in the capital Ankara on Oct. 6. to discuss bilateral issues.

Greece and Turkey are at odds over issues such as competing claims over jurisdiction in the Eastern Mediterranean, air space, energy, the ethnically split island of Cyprus and the status of islands in the Aegean.

In January they agreed to resume talks after a five-year hiatus following months of tensions. Since then, Ankara and Athens have held two rounds of talks, with the previous one in Athens in March.