Greece continues to use threatening language against Turkey: Akar 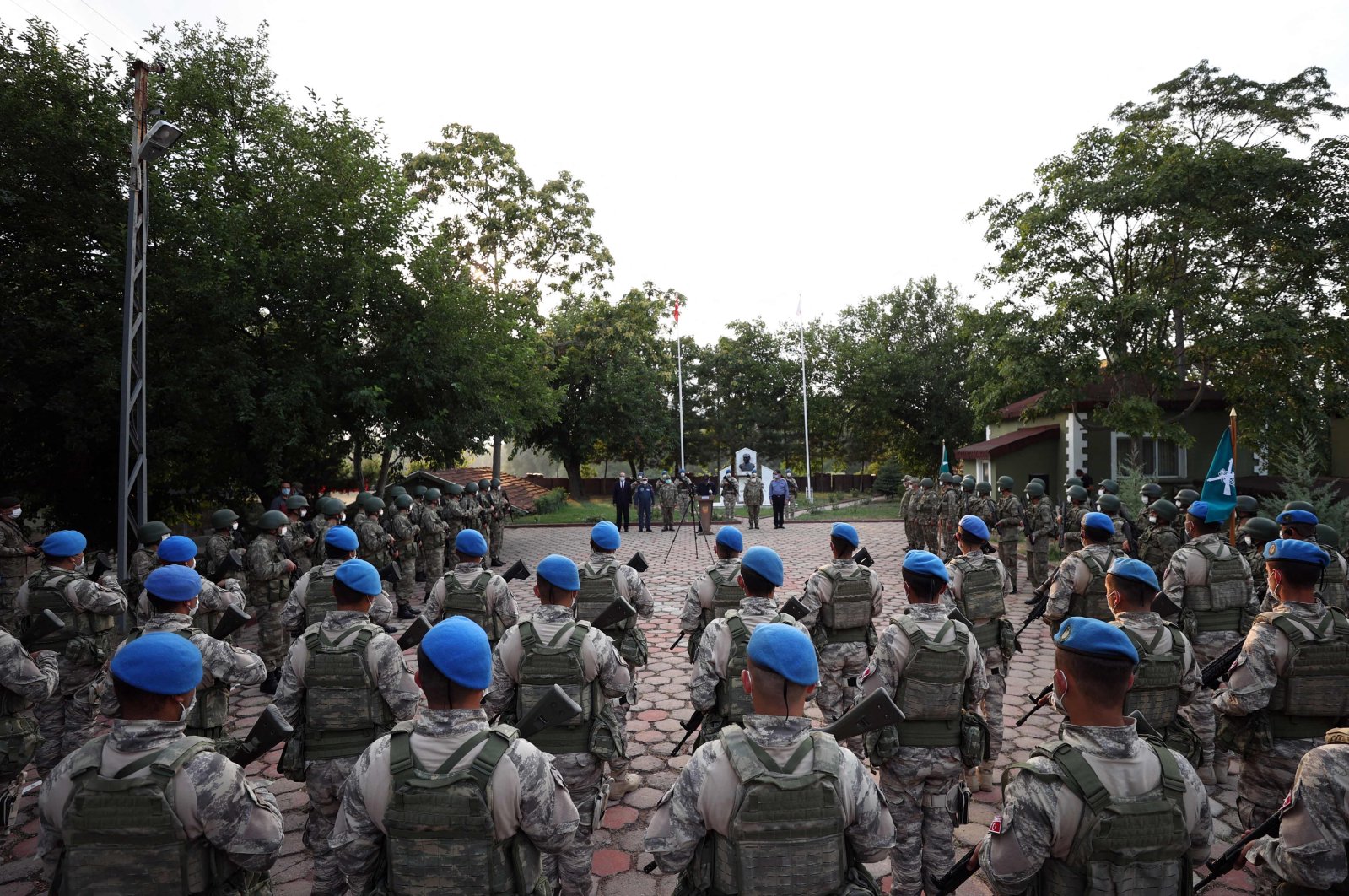 Athens is continuing to use the language of threats against Turkey, Defense Minister Hulusi Akar said Sunday, calling on Turkey's neighbor Greece to leave behind their provocative acts and words.

"Greece should see that it cannot get anywhere with expansionist attitudes, approaches and provocative behaviors and these policies are far from mathematical, reason and understanding, and mean nothing but chasing a vain hope," Akar said in Edirne, a northwestern province bordering Greece.

The defense chief reiterated that Turkey favors solving problems in the Aegean Sea through good neighborly relations and dialogue and in line with international laws.

“We wish and aim that both countries’ people live in welfare, but we have difficulty in explaining this,” Akar said, referring to Athens.

Akar recalled the mutual and positive dialogue on cooperation in the fight against the forest fires that ripped through both countries last month, but he also criticized "provocations and unlawful aggressive actions" by the Greek side.

"We expect everyone, especially the administrators of our neighbor Greece, to see that having good relations with neighbors is also important for the people of neighboring countries. But unfortunately, we constantly face provocations, unlawful aggressive actions and discourse from the Greek side."

He said Athens tries to limit Ankara's movements by claiming both sea areas and airspace, adding it is not possible to get anywhere in this way and that they should see this very clearly.

Turkey will protect its rights, the minister pledged.

“They make demands as if they are the sole owners of the Aegean and engage in efforts to militarize all islands. They make constant accusatory statements and provocations against Turkey,” he noted.

Akar underlined that Greece has militarized 16 islands out of 23 that are under demilitarized status according to agreements. “It is not possible to accept this,” he said.

Addressing the refugee crisis as well, Akar said it should not be approached as a problem concerning only Turkey.

"We expect everyone, especially the European Union, to assume responsibility on this issue," he said.

It is unacceptable that Greece pushes refugees back and exposes them to inhumane practices, he added.

Turkey is not the only country putting up barriers; its neighbor Greece has just completed a 40-kilometer fence and surveillance system to keep out migrants who still manage to enter Turkey and try to reach the EU.

The issue is also likely to feature in talks between Ankara and Brussels about updating a 2016 deal under which Turkey received aid for hosting migrants seeking refuge in the EU.

Akar also pointed out that Greece has been protecting many terrorists for years, including members of the Gülenist Terror Group (FETÖ), the group behind the 2016 defeated coup in Turkey.

"And yet, it is not credible and moral that the Greek administrators seem to complain about the spread of terrorism, religious fanaticism and fundamentalism. This is a hypocritical attitude that does not reflect the facts," he stated.