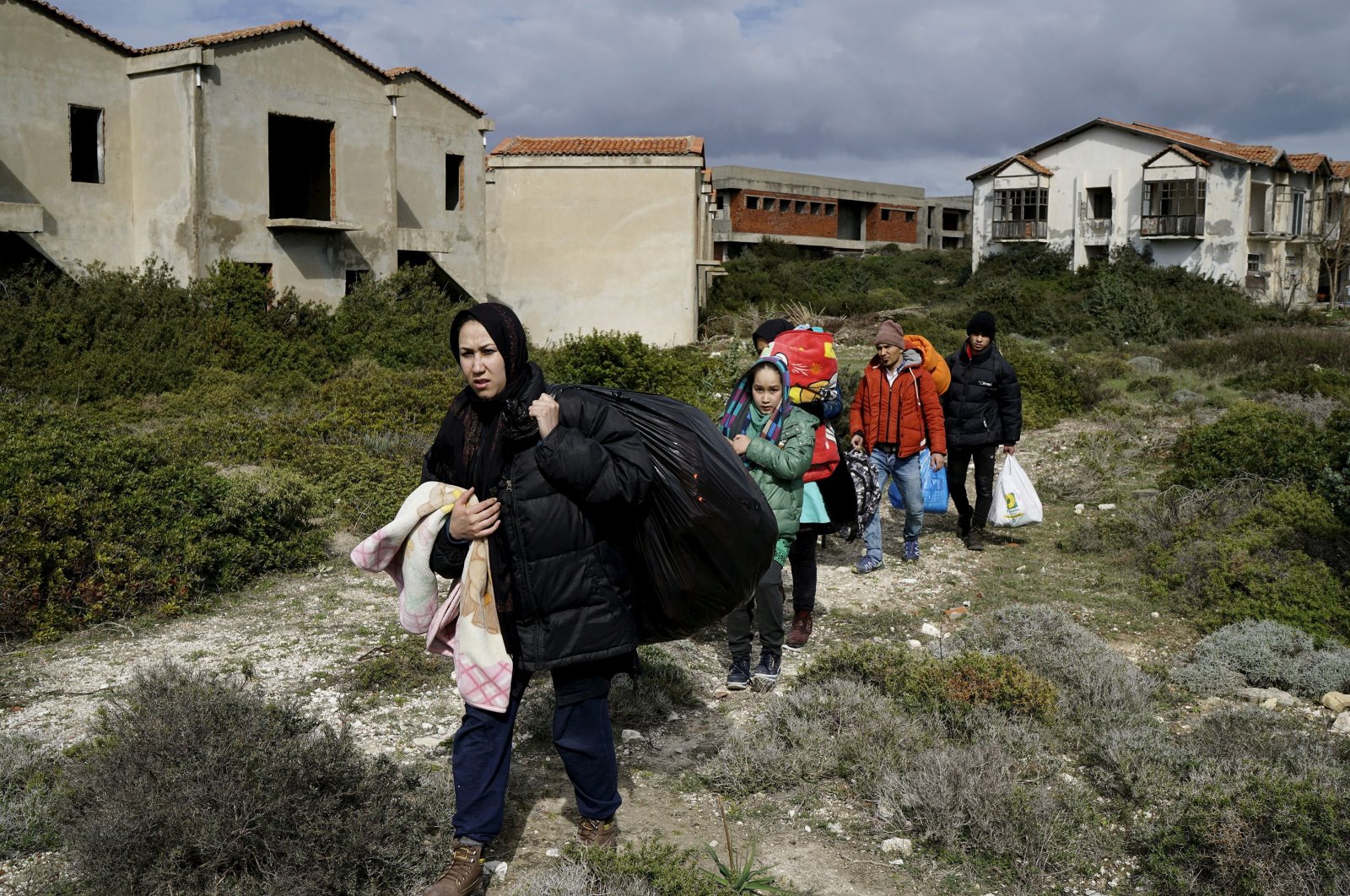 Afghan refugees walk along a beach to board a dinghy sailing off for the Greek island of Chios, while they try to travel from the western Turkish coastal town of Çeşme, in Izmir province, Turkey, March 6, 2016. (REUTERS Photo)
by DAILY SABAH Aug 04, 2021 12:39 pm
RECOMMENDED

Turkey will not serve as any country’s waiting room, Communications Director Fahrettin Altun stated on Wednesday, criticizing a U.S. plan to use third countries such as Turkey to resettle thousands of Afghans who risk being targeted by Taliban insurgents over their U.S. links.

“Turkey does not, and will not, serve as any country’s waiting room. We will continue to do everything in our power to preserve the safety of our borders.”

“Considering the conditions in our region and that our country hosts for years more than 4 million refugees, a call that encourages irregular migration cannot be accepted,” Altun added.

In a statement posted on Twitter, Kurtulmuş said: "Imperialists who think of where to send the Afghan migrants, should first answer how they have rendered Afghanistan in such a condition such with decades-long invasions. The whole world knows that the terrorist organizations forged in Afghanistan have derived from foreign powers’ invasions. We reject the U.S. administration’s plan to use Turkey as a migrant station, it is unacceptable."

Less than a month before the United States is set to end its longest-ever war, the State Department on Monday announced a new refugee admissions program for Afghan nationals.

The program covers interpreters and translators who worked with U.S. forces, Afghans involved with U.S.-funded projects and those employed by U.S.-based NGOs or media organizations.

It involves resettling the Afghans in third countries in the region for around a year while their paperwork is processed.

But Turkey, which is already home to more than 4 million migrants – most from war-torn Syria – said it was never consulted.

"It's unacceptable to seek a solution to the problem in our country without our country's consent," the Turkish Foreign Ministry said in a statement issued late Tuesday.

But the Turkish ministry said the U.S. plan would lead to a "big migration crisis in our region," adding it lacked the capacity to deal with "a new migration crisis on behalf of a third country."

With the ongoing withdrawal of U.S. and NATO forces from Afghanistan, Turkey fears a new influx of refugees.

Asked about the number of Afghan arrivals in Turkey, a senior State Department official said on Monday: "I don't have numbers on Turkey ... I would say we haven't seen major large outflows of people yet, but we have seen some numbers of people crossing, but not large numbers yet."

The Turkish foreign ministry said if the U.S. wanted to take in the Afghans, it could do so through "direct flights."