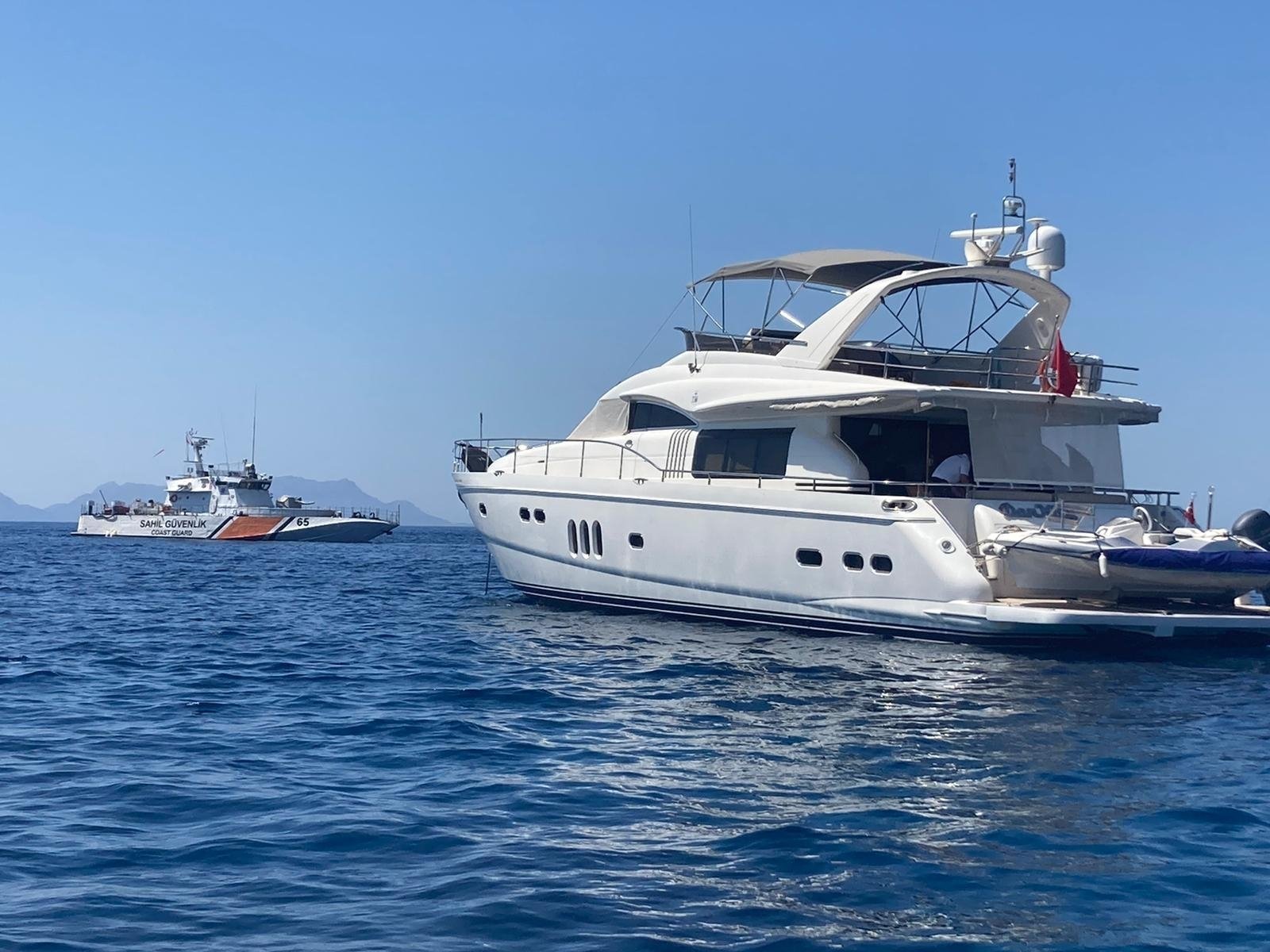 A view of the boat where FETÖ suspects were captured in a similar operation two weeks earlier, in Muğla, southwestern Turkey, Aug. 16, 2021. (AA PHOTO)
by Agencies Aug 29, 2021 12:45 pm
RECOMMENDED

Turkey arrested six alleged members of the Gülenist Terror Group (FETÖ) who were trying to flee to Greece, security sources said on Saturday.

The coast guard teams nabbed the suspects on a boat off Karaada island of Bodrum in the Aegean province of Muğla. They were attempting to cross into Greece illegally, said the source, who asked not to be named due to restrictions on speaking to the media.

The terrorist group has been facing heightened scrutiny following the July 15, 2016 coup attempt. Tens of thousands of people linked to the group were expelled from their public sector jobs while thousands were detained or arrested. Law enforcement was among the public agencies heavily infiltrated by the terrorist group. FETÖ infiltration among the police was already under the spotlight after FETÖ-linked police chiefs, in coordination with the group's infiltrators in the judiciary, tried to topple the government in 2013 in a coup attempt disguised as an anti-graft probe.