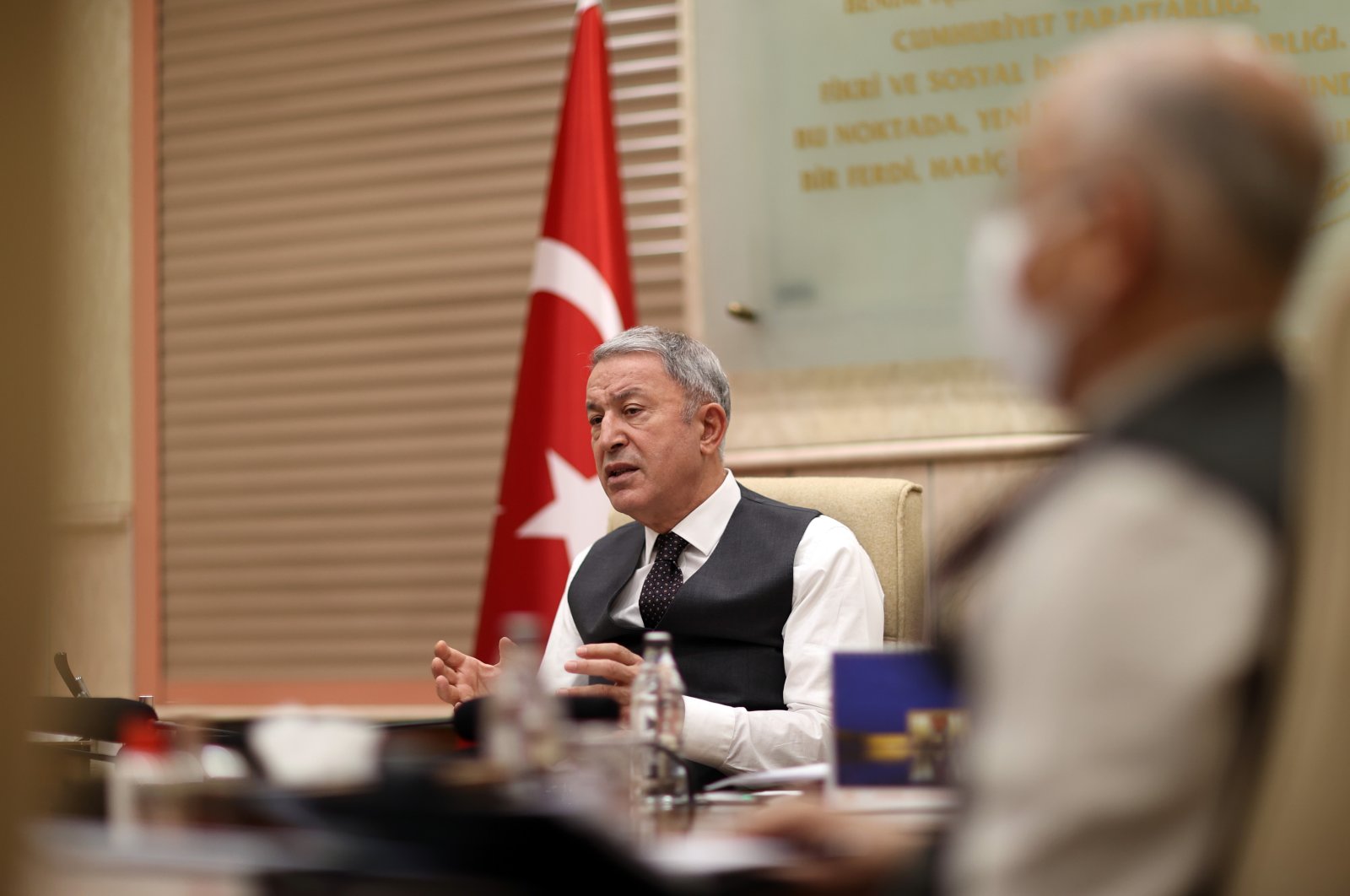 Greece is trying to create the impression that it is the victim and Turkey is the assailant in regional tensions, Defense Minister Hulusi Akar said on Monday.

“We are in no means in an offensive position, we defend our rights there,” Akar said during a videoconference with high-level Turkish military officials.

Saying that Turkey’s activities in the Aegean and Eastern Mediterranean continue in a sensible manner, Akar said: “Greece is engaging in provocative, tensions-heightening, offensive language and moves. Greek authorities make statements as if Turkey is making a move against Greece.”

Greece and Turkey resumed high-level diplomatic talks in January for the first time in nearly five years to try and ease tension over long-standing boundary disputes in the Aegean Sea and Eastern Mediterranean. However the countries remain sharply at odds, and Greece has launched a multibillion-dollar military modernization program with large naval and air force orders from France and the United States.

“They speak about human rights but Greek coast guards trying to pierce the boats of defenseless people in the middle of the sea, shooting at them is a crime against humanity and unscrupulousness,” he added, underlining that it is hypocritical to blame Turkey in such a situation.

Turkey and Greece have been key transit points for migrants aiming to cross into Europe, fleeing war and persecution to start new lives. Turkey has accused Greece of large-scale pushbacks, summary deportations and denying migrants access to asylum procedures, in violation of international law. It also accuses the European Union of turning a blind eye to this blatant abuse of human rights.