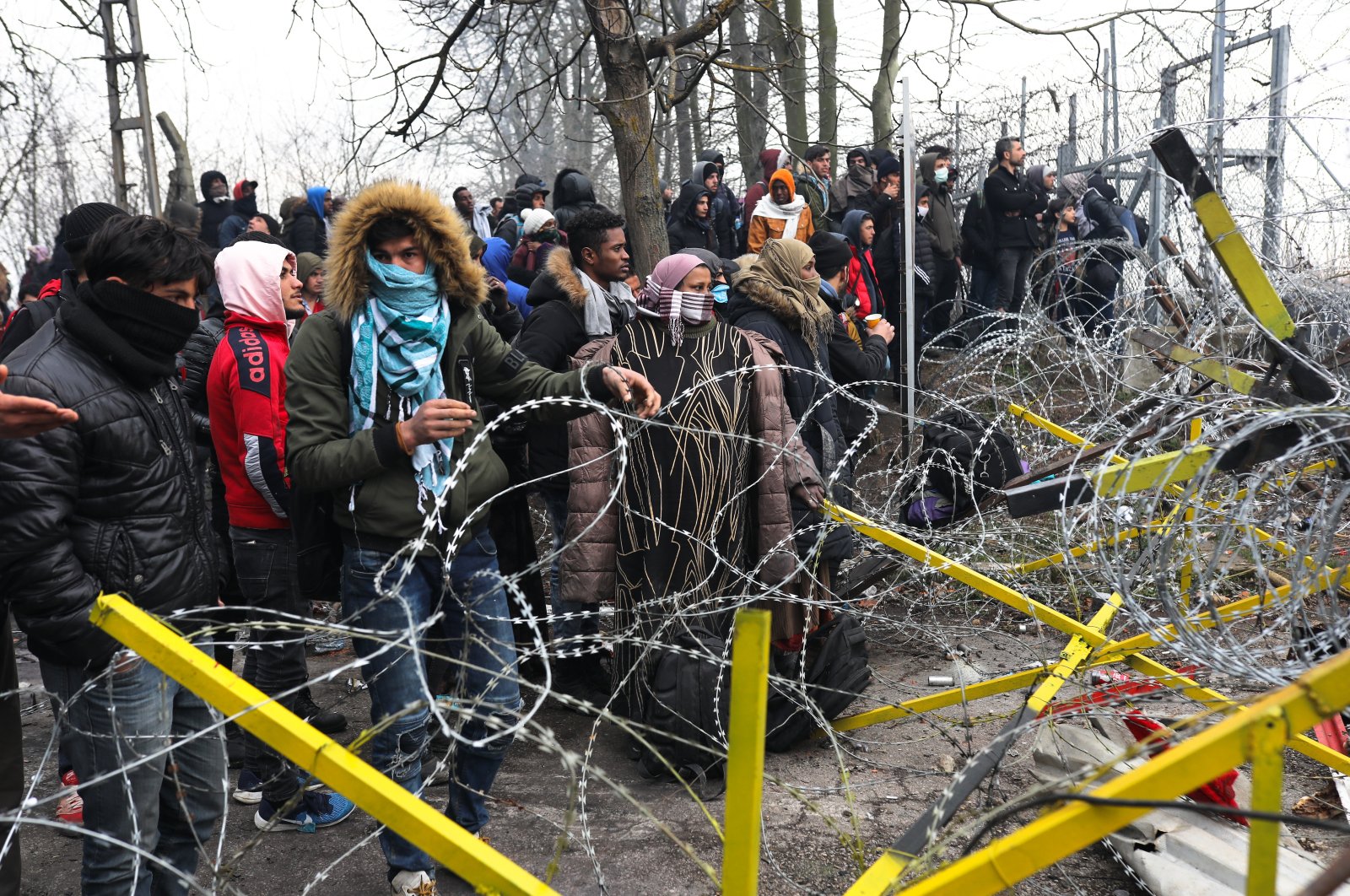 As the sun dips into the wetlands of northeastern Maritsa (Meriç), Greece's river border with Turkey, two Greek guards climb into a boat to begin their daily lookout for irregular migrants.

Siren blaring, and with flamingos flying overhead, the guards sail past the remains of prior crossings – plastic dinghies, slashed and abandoned on small sand islets in the middle of the river.

This area is where the Greek state has chosen to deploy a new anti-migration arsenal of measures, including cameras, radar and a 40-kilometer (25-mile) steel fence over 5 meters (16 feet) high.

"An automated border system with thermal cameras and sensors is under construction and near completion to cover the entire border, from the Evros (Maritsa) delta to the Bulgarian border," Dimosthenis Kamargios, a police officer in the area's border and migration management center, told Agence France-Presse (AFP).

"A new, modern, strong, steel fence is also under construction."

"Our aim is to have early warning before border contact," he said.

But as the entire border region is around 200 kilometers long, Greek police forces are also bringing additional resources to bear – drones and long-range acoustic devices, also known as sound cannons, that are already sparking controversy.

The truck-mounted devices blast high-decibel sound waves at migrants to try to deter river crossings but rights groups denounce them as harmful.

Kamargios said that the acoustic system was acquired after a major border crisis early last year.

Tens of thousands of migrants surged towards Greece after Turkish President Recep Tayyip Erdoğan said in February 2020 that he would let migrants who sought to reach the European Union pass through Turkey.

Erdoğan said that his country could not take in any more refugees from the Syrian conflict as it already hosted more than 3.5 million.

The European Commission, however, has expressed concern about the new deterrent.

Commission spokesperson Adalbert Jahnz said this week that Brussels was "in contact with the Greek authorities" to seek more information.

Kamargios insists that the new system is "a long-range acoustic device, not a cannon."

"The system was acquired after last year's crisis... in case we have attempted entry on a large scale. It has not been used for now," he said.

More than 170 asylum-seekers and 40 alleged smugglers have been arrested in the Maritsa area in the past three weeks, police said.

Greece's migration ministry insists that the country's tougher policies on migration have brought a dramatic fall in new flows.

New arrivals were down 73% in the first four months of the year compared to the equivalent period last year, the ministry said in May.

But the reduction has coincided with the coronavirus pandemic, and few see it as sustainable.

Local farmers say they see migrants regularly crossing the border in areas not covered by the fence.

"My land is just by the river near where the fence ends. I see small groups of people coming in almost every day. This situation will not end," Tassos, a 55-year-old local, said.

In late May, Greek police located a group of 75 Afghans who said they had been beaten by Bulgarian border guards and sent into Greece.

Speaking to Dutch public broadcaster VPRO, they said men in uniforms had taken away their cellphones, documents and money in Bulgaria.

Most of them had no shoes and several had bruises on their faces and other parts of their bodies, in addition to dog bite marks, according to the Dutch journalists.

Some said they were making a repeat attempt at entry after being pushed back into Turkey by Greek forces.

The Greek government has persistently denied that its border forces engage in illegal pushbacks.

But Dimitris Koros, a lawyer with the Greek Council for Refugees support group, said that pushbacks in Maritsa have become "standard practice" in border management in the past five years.

Rights groups say they have testimony attesting to dozens of pushbacks from Greece.

In March, European Commissioner for Home Affairs Ylva Johansson said that Greece "can do more" to investigate the issue.