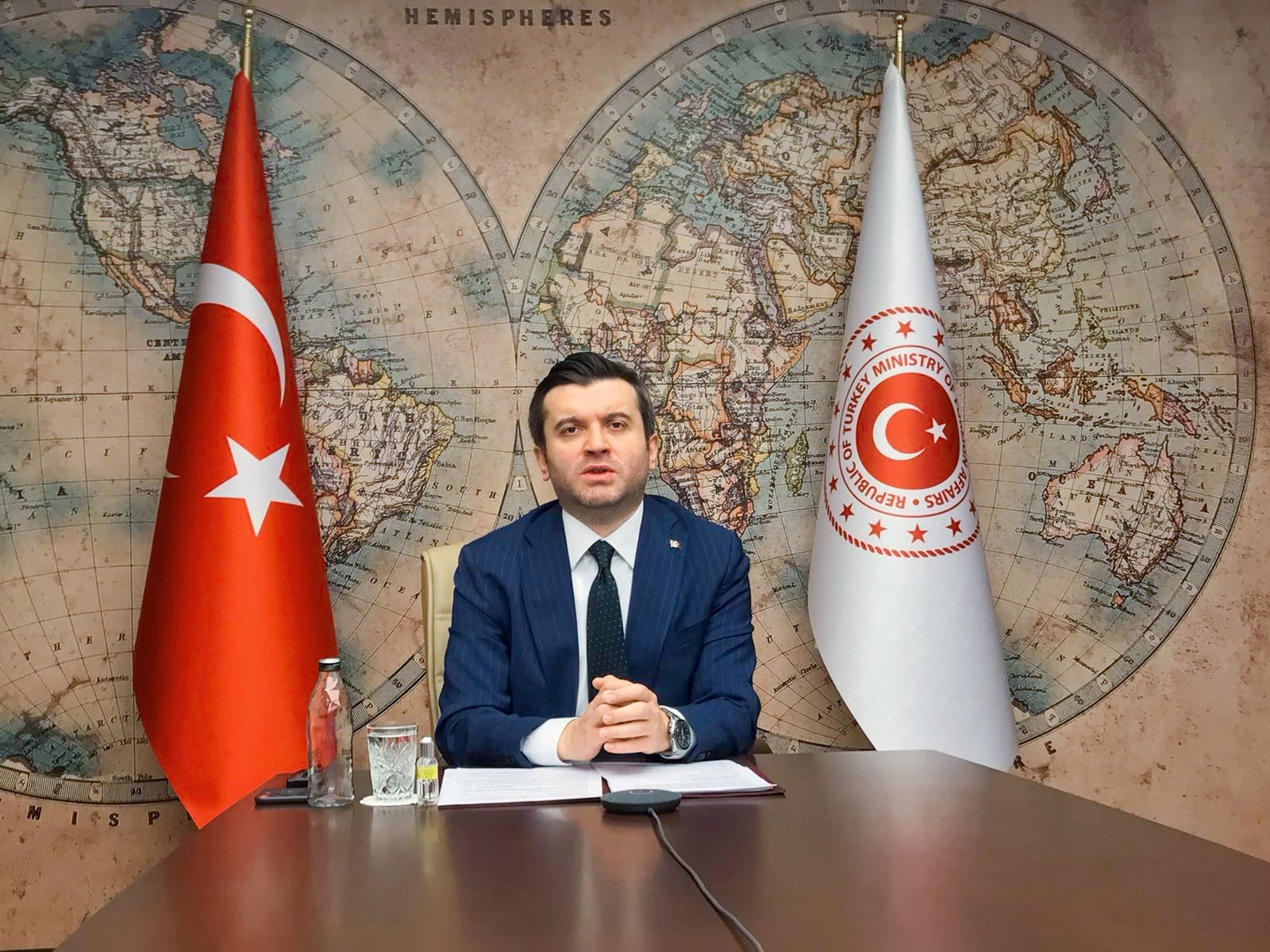 Turkish officials criticized Greece for its brutal treatment of migrants and refugees fleeing conflicts in their homes, as Deputy Foreign Minister Kıran urged the global community to cooperate to enhance living conditions and prevent human trafficking

Turkey’s Deputy Foreign Minister Yavuz Selim Kıran on Tuesday criticized Athens and others for openly violating the non-refoulement principle, as he said over 80,000 migrants and refugees have been pushed back by Greece in the past three years.

Kıran highlighted that more international cooperation is necessary to ensure that refugees live in humane conditions.

“Unfortunately, some countries do not refrain from violating the basic principles of international law,” Kıran said, adding that Greece has been openly violating the non-refoulment principle by pushing migrants back to Turkey.

He continued by noting that Turkey has shared footage and documents proving Greece’s pushbacks with global institutions and the European Union (EU), as he said all countries are obliged to abide by international law and human rights accords.

“We need to develop an effective cooperation model to ensure that refugee laws are being properly implemented in our region and to fight human trafficking,” Kıran said, adding that cooperation was also necessary to make sure that the issue is kept on the agenda of international organizations.

Noting that the meeting is being held on the 70th anniversary of the 1951 Geneva Convention on refugees, Kıran said there are over 280 million migrants, 46 million displaced people and 30 million refugees worldwide, as people are forced to leave their homes as a result of war, famine and poverty in countries like Syria, Afghanistan, Myanmar and Eritrea.

He noted that the number of Syrian children born in Turkey has surpassed 600,000, and Turkey has provided assistance to a total of 9 million refugees and displaced Syrians.

“We do not only open our doors to those fleeing conflicts, but we also mobilize all our resources to improve the living conditions of these people,” Kıran said.

Turkey spent some $40 billion (TL 281.13 billion) from its own pocket to help Syrians fleeing the war, the deputy foreign minister said, adding that the country also constructed 52,000 homes in Idlib to host 2 million displaced individuals.

The deputy foreign minister also criticized the EU for failing to fulfill its pledges as part of the March 2016 pact. Kıran said Turkey has done its part by preventing 2 million irregular migrants from reaching Europe through the Balkan route.

Kıran also said Turkey has been especially trying to prevent further victimization of migrants and refugees as a result of human trafficking and has granted residency and work permits to individuals as part of a program for victims of trafficking.

On Monday, President Recep Tayyip Erdoğan also criticized Greece and the EU for their treatment of migrants, as he said Greece has pushed back 9,000 migrants and refugees to Turkey in 2020 alone.

“Security forces of our neighbor, Greece, pierce the boats carrying migrants, causing them to die. We will continue to inform the globe about Greek security forces’ inhumane activities,” Erdoğan said.

Several media reports, including German weekly Der Spiegel and videos published by Turkey, have provided evidence of Frontex guards working with Greek authorities to push migrants back to Turkish waters.

Migrant rights agencies have warned that the arrivals, many of them fleeing conflict, have the right to asylum but are put in danger by the border guards’ aggressive tactics.

Pushbacks are considered contrary to international refugee protection agreements. Under the principle of “non-refoulement,” people should not be expelled or returned to a country where their life and safety are threatened due to their race, religion, nationality, or being members of a social or political group.

The Turkish Coast Guard Command rescued 98 irregular migrants in the Aegean Sea who were pushed back by the Greek Coast Guard into Turkish territorial waters.

The statement noted that coast guard teams were dispatched to the area to rescue 53 migrants between Feb. 19-21 off Dikili district in Izmir province from a lifeboat and rubber boats.

In a separate operation, the coast guard rescued 45 irregular migrants in Kuşadası province after being alerted that a group was stranded on the rocks.

The migrants were left on two life rafts by Greek forces and pushed back into Turkish territorial waters.

All of the migrants were referred to the provincial migration office.

Turkey and Greece have been key transit points for asylum-seekers, refugees and migrants aiming to cross into Europe to start new lives, especially those fleeing war and persecution. Ankara already hosts nearly 4 million Syrian migrants, more than any other country in the world, and says it cannot handle another wave.

The Turkish coast guard has rescued thousands of migrants and asylum-seekers off the Aegean coast after they were pushed back by Greece into Turkish territorial waters.