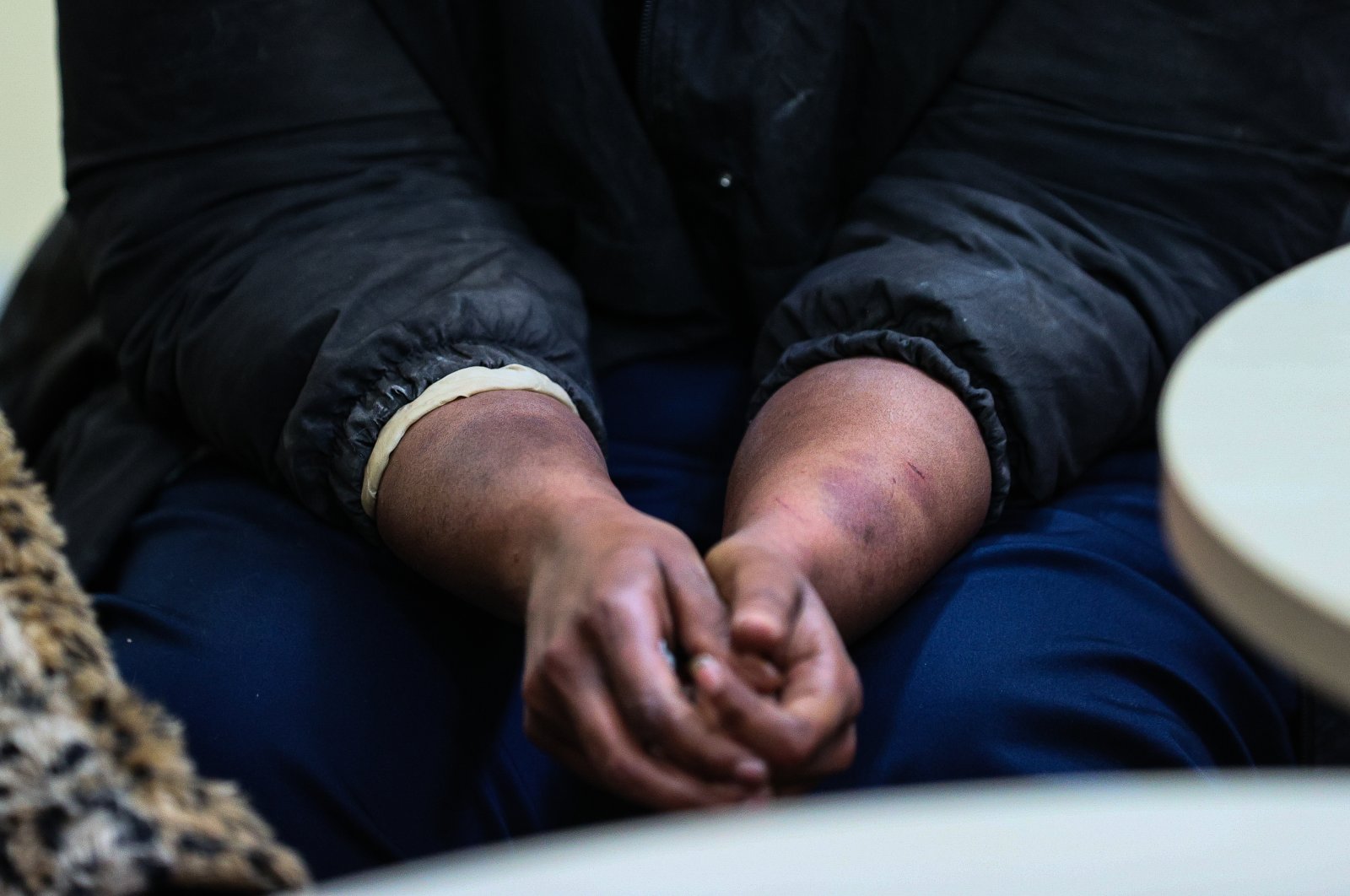 Somalian national Muna Hasım Dra, a migrant pushed back and beaten by Greek forces, is seen at the regional migration directorate in Izmir, Turkey, Nov. 20, 2021 (AA Photo)
by DAILY SABAH Nov 21, 2021 11:42 am
RECOMMENDED

The Greek coast guard continues the illegal practice of pushing back irregular migrants, including women and children, and attempts to sink their boats.

"The Greek elements, who prevent the progress of the migrant boat with dangerous maneuvers, hit the immigrants with sticks and make attempts to sink the boat," the Turkish Defense Ministry said on Sunday.

"Greek elements firing into the air, also fire around the boats. Among the immigrants who were given a helping hand by Turkey, there are also those who were battered by Greek personnel," it added.