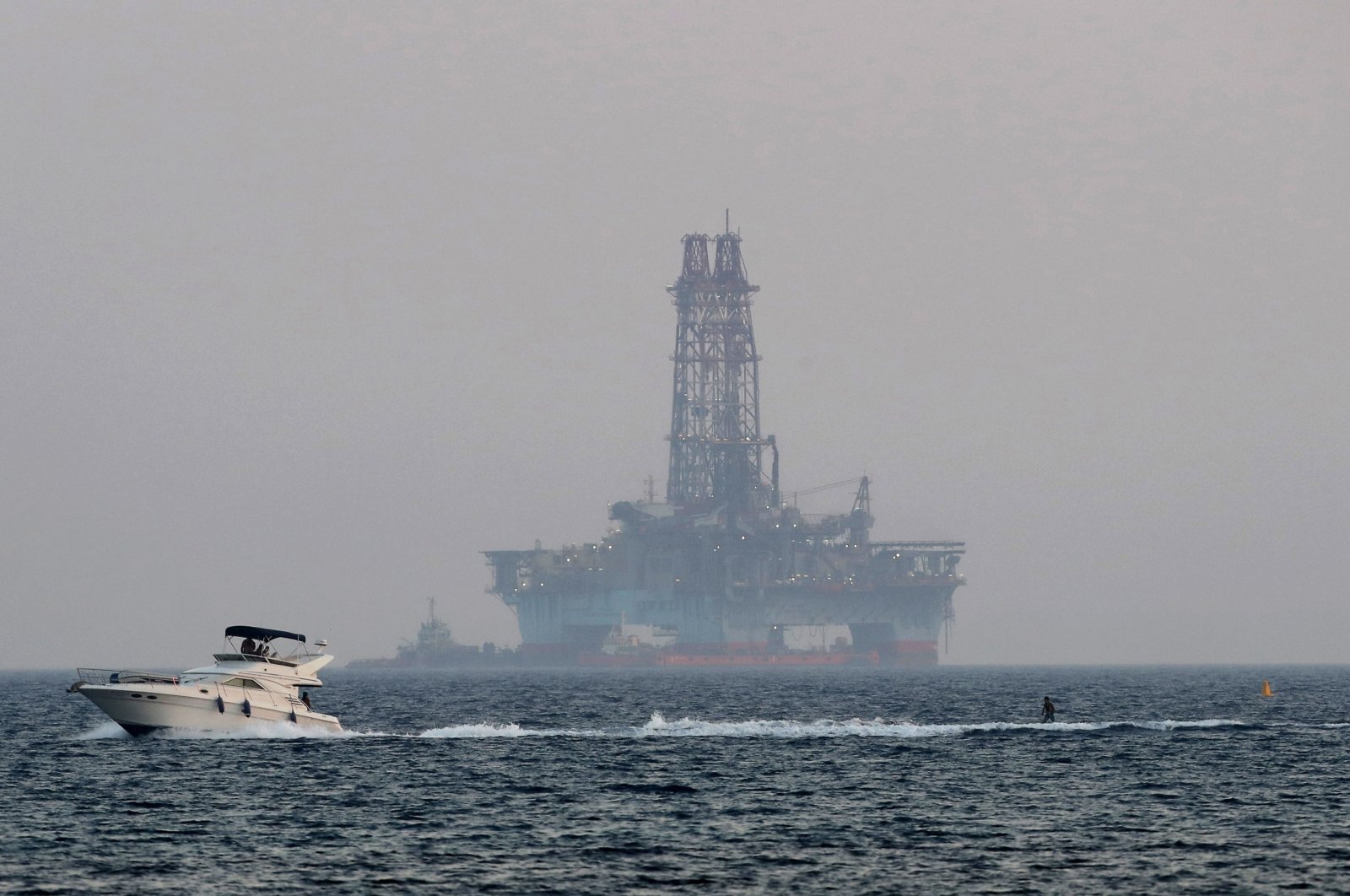 An offshore drilling rig is seen off Cyprus' coastal city of Limasol as a boat passes with a skier. (AP File Photo)
by DAILY SABAH Nov 22, 2021 3:18 pm
RECOMMENDED

The Greek Cypriot administration has issued a navigational telex (Navtex) to announce drilling activities by Exxon Mobil-Qatar Petroleum in the self-declared exclusive economic zone (EEZ) in the Eastern Mediterranean on Monday.

The Navtex announced that the drilling activities will take place between Nov. 19, 2021 to Jan. 22, 2022, Anadolu Agency (AA) reported Monday.

Navtex is a maritime communications system that allows ships to inform other vessels about their presence in an area and relay other information.

In a statement last week, Greek Cypriot Energy Minister Natasa Pilides said the process would take two to three weeks and its results would be announced between February and March 2022.

Last week, Turkish Vice President Fuat Oktay said energy resources in the region provide cooperation opportunities for both sides, as he criticized the Greek side for its unilateral hydrocarbon activities.

“But don’t you worry, we will not leave them alone and will resume our drilling activities from where we left off,” he said.

Ankara sent its drillships searching for energy on its continental shelf, asserting its own rights in the region as well as those of the Turkish Republic of Northern Cyprus (TRNC).