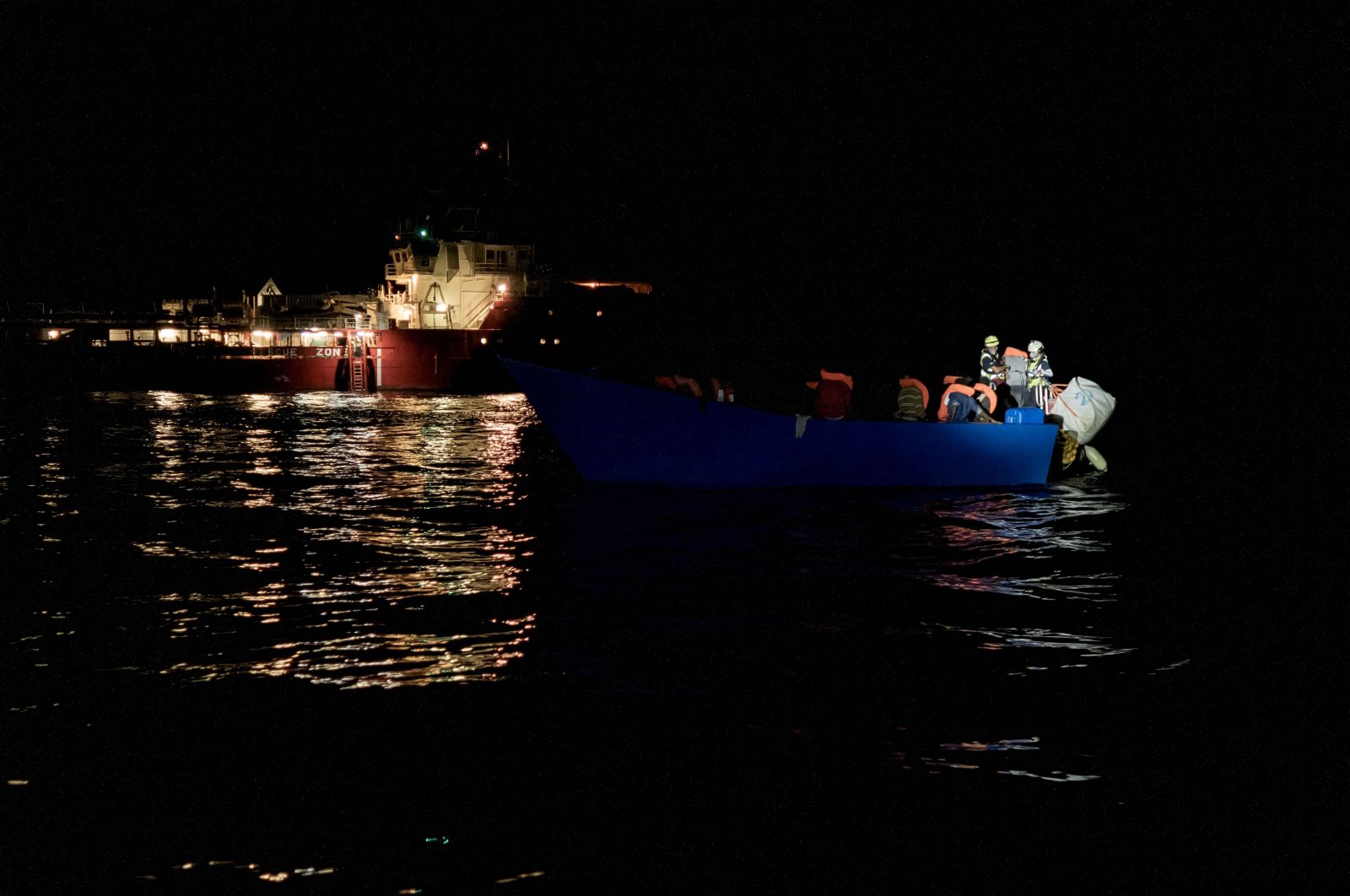 Migrants prepare to get on board the Ocean Viking ship sailing in the international waters off Malta in the Mediterranean Sea, after being rescued by the European maritime-humanitarian organization "SOS Mediterranee" overnight, Oct. 25, 2022. (AFP Photo)
by Daily Sabah Nov 23, 2022 4:57 pm
RECOMMENDED

The recent deal between Egypt and Greece, including a pact to improve cooperation in migrant search and rescue missions across the Mediterranean Sea, contradicts Athens’ continued pushback policy, the Turkish Foreign Ministry said Wednesday.

In a written statement, the ministry said: “It is a grave contradiction that a country, which in violation of international law pushes back and endangers the lives of innocent civilians in the Aegean, draws up a memorandum of understanding on search and rescue in the Eastern Mediterranean.”

The deals, signed in Cairo, marked the second meeting of the two countries' foreign ministers in under two months after shared rival Türkiye signed a maritime and gas deal with the official Libyan administration.

Tensions have increased between Athens and Ankara since 2019, when Türkiye signed a deal with the government in the Libyan capital of Tripoli, granting it access to an economic zone in the Eastern Mediterranean.

The main aim of Greece signing this deal is to whitewash pushbacks and the latest scandal in Libya, the ministry said, referring to Greek Foreign Minister Nikos Dendias' refusal to disembark from his plane in Tripoli when his Libyan counterpart, Najla Mangoush, came to the airport to greet him.

“The attempt to shape Greece's domestic and foreign policy within the framework of anti-Turkey sentiment is a futile and only self-destructive effort.”

Greece continuously refused to cooperate with Türkiye on search and rescue efforts in the Aegean and Mediterranean seas, the ministry said, indicating that search and rescue areas in the sea are service areas for saving people's lives. "According to international law, these zones are not zones of sovereignty."

"The sea search and rescue zones that Türkiye and Greece announced in the Aegean and Eastern Mediterranean and that they notified to the International Maritime Organization are overlapping with one another," the ministry said further, underlining that Athens refused to cooperate on this issue with Ankara and rejected Türkiye's suggestions.

"The reason for this is that Greece asserts that search and rescue service zones are zones of sovereignty and that it links these with its maximalist maritime zone claims."

Greek sovereignty claims in search and rescue zones in the Aegean and Mediterranean seas are against the 1979 Hamburg Convention, it added.

Türkiye has repeatedly condemned Greece's illegal practice of pushing back asylum-seekers, saying it violates humanitarian values and international law by endangering the lives of vulnerable migrants, including women and children.

In recent years, hundreds of thousands have made short but perilous journeys across the Aegean in a bid to reach Northern and Western Europe in search of a better life.

Türkiye and Greece have been key transit points for migrants aiming to cross into Europe, fleeing war and persecution to start new lives. Türkiye has accused Greece of large-scale pushbacks and summary deportations without migrants being given access to asylum procedures, which is a violation of international law. It also accuses the European Union of turning a blind eye to this blatant abuse of human rights.