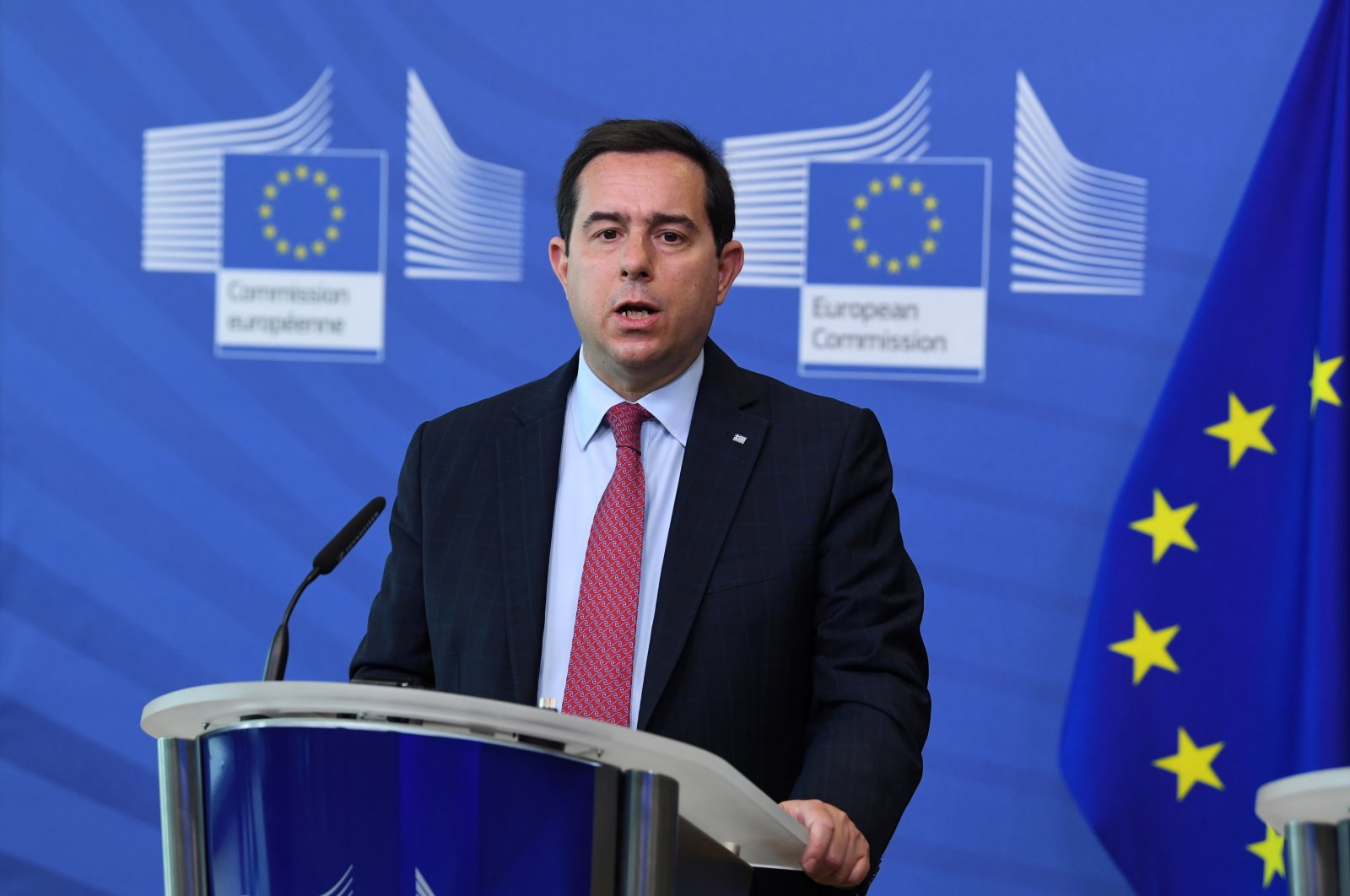 Greek Minister of Migration and Asylum Notis Mitarachi holds a press conference after his meeting with the European Union commissioner for Home Affairs at the EU headquarters in Brussels, Belgium, June 9, 2021. (EPA Photo)
by DAILY SABAH Jun 09, 2021 4:24 pm
RECOMMENDED

Greece’s minister for migration and asylum, Notis Mitarachi, Wednesday defended his country’s use of harmful sound cannons and noted that "What the police does they have to do it in their own way.”

"I will not talk about operational issues that affect the Hellenic (Greek) police," Mitarachi told journalists in Brussels after a meeting with the European Union Commissioner for Home Affairs Ylva Johansson.

Brussels, though, is uneasy with Athens' plan to deploy two truck-mounted Long Range Acoustic Devices to blast high-decibel sound waves at migrants at its Evros border post, in a bid to prevent river crossings there from neighbouring Turkey.

Johansson gave voice to those concerns, declaring alongside Mitarachi that she found the use of the cannon "strange."

"This is an odd way to protect your borders. This is nothing that has been funded by the European Commission. And I do hope that this is in line with fundamental rights – but that of course has to be clarified," she said.

Both she and Mitarachi said that issue was not raised in a "frank discussion" that examined the migration situation in Greece, which is on the front line for irregular arrivals and hosts about 10,000 asylum-seekers in camps set up on islands facing Turkey.

Matarachi said that "our view is that we will use technology in any way that is not in violation of international law" to protect Greece's borders.

"The critical question is, everything we do needs to be effective and (be) in line with EU regulations," he said.

The European Commission contacted Greek authorities earlier this month, after Athens announced its plans to deploy the sound cannons, to seek further information on the devices.

The cannons emit deafening bursts of sound of up to 162 decibels – about a third louder than the roar of a jet engine.

Rights groups have denounced the devices as dangerous.

"Their powerful sound waves can cause significant pain and shock to the human body, causing exposed people suffering that goes from serious health problems and severe pain to deafness," the Swiss-based Euro-Mediterranean Human Rights Monitor said in a statement on its website.