Greek pushbacks cause migrants to divert route to Italy: Soylu 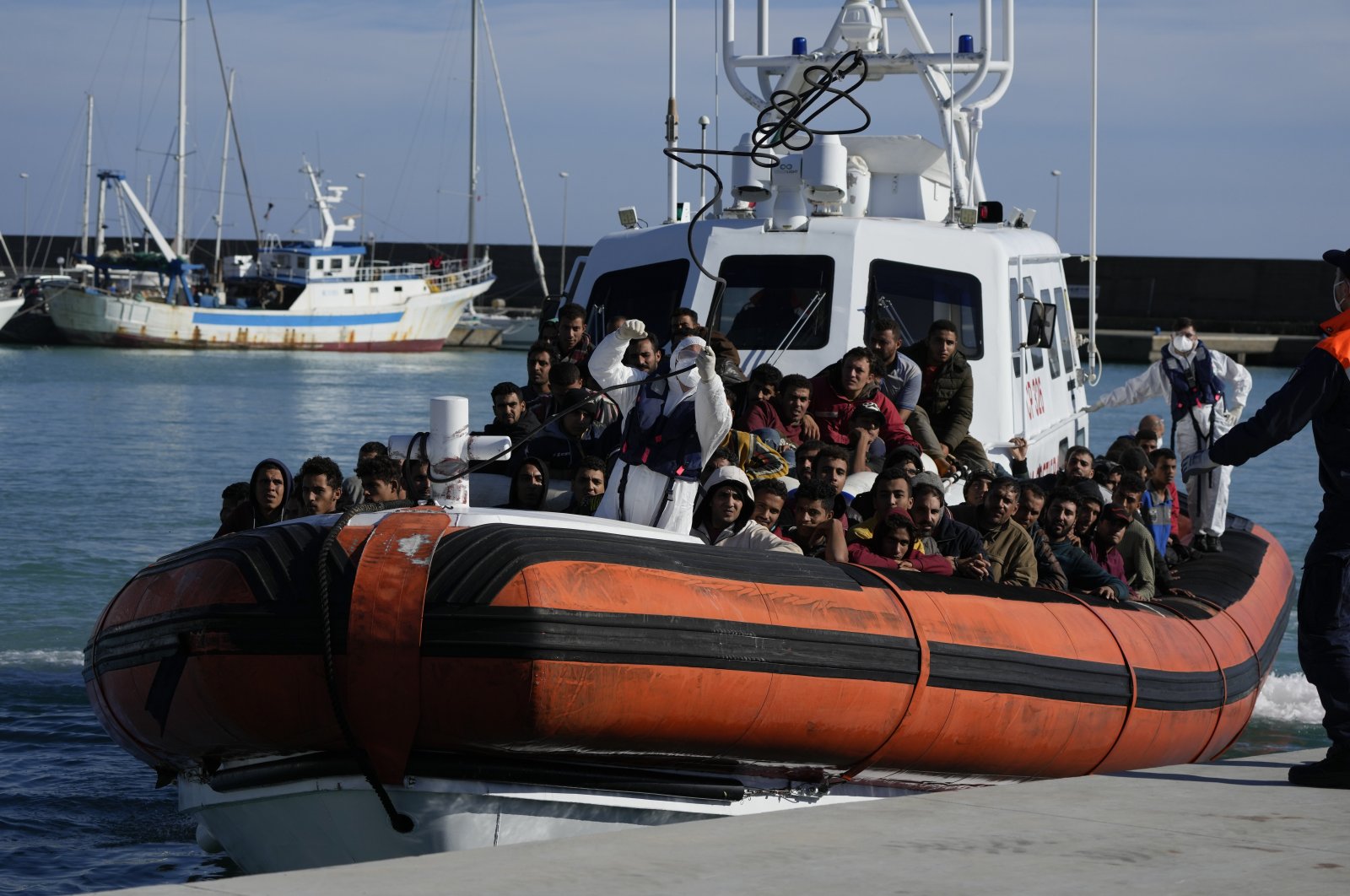 Due to the pushback practices by Greece in the Aegean Sea, the ships carrying migrants have been diverting their routes to Italy, Interior Minister Süleyman Soylu said Friday, adding that Turkey prevented 8,000 irregular migrants from going to Italy.

Soylu, who received the award of the Parliamentary Assembly of the Mediterranean (PAM) for the Women Emergency Assistance Notification System (KADES) in Rome and had bilateral meetings, spoke to Anadolu Agency (AA) before leaving. KADES is a Turkish app that provides women a hotline to security forces if they face domestic violence.

During his visit, Soylu was reminded of the allegations and news about the increase in the arrival of irregular migrants from Turkey to Italy recently. He said: "So why did the route turn there? Because there are pushbacks in the Aegean Sea. When pushbacks occur, ships coming from other sides to the Aegean Sea turn their route towards Italy, and Frontex (European Border and Coast Guard Agency) watches these pushbacks as unlawful acts."

"We are also fighting against illegal migrants. We have an agreement here. We are making every effort to stop this route to Italy," he added.

Turkey and Greece have been key transit points for migrants fleeing war and persecution, looking to cross into Europe to start new lives. However, Turkey has accused Greece of large-scale pushbacks and summary deportations without migrants being given access to asylum procedures, which is a violation of international law. It also accuses the European Union of turning a blind eye to this blatant abuse of human rights.

It is also known that Frontex has been involved in Greek pushbacks against migrants. A joint investigation by several international news outlets reported in October 2020 that Frontex had been complicit in maritime pushback operations to drive away migrants attempting to enter the EU via Greek waters. A month later, Brussels-based news outlet EUobserver revealed that Frontex exchanged letters with Greek authorities about Athens' orders to push back migrants to Turkish waters.

Soylu stated that he had a very productive meeting with his Italian counterpart Luciana Lamorgese during their meetings in Rome, including topics of terrorism, migration, drug operations, the relationship between the law enforcement officers, cooperation in education and regional issues such as Afghanistan, Libya and Syria.

Acknowledging that migration is a pressing issue for Italy and Turkey, the minister said: "They also accept this. There has been no decrease in immigration since the civil war in Syria. Rather, there are some added to it. Be it Africa, Afghanistan, Pakistan, other countries, and the continuity of the process in Syria."

"One of the most important complaints they have recently made here is that around 34,000 illegal migrants came last year while this year around 60,000 came. You know that there are approximately 3.7 million refugees in Turkey. There are also 300,000 people under international protection, i.e., there are approximately 4 million people in Turkey alone, which we can call refugees or asylum-seekers. There are 1.2 million residents and a total of 5.2 million foreigners in Turkey."

Stating that there is an ongoing wave of migration from Afghanistan, partly from Pakistan, Africa and Syria, "Turkey continues its fight against illegal migrants in both the Aegean and the Mediterranean, both on land and at sea, with all its determination," he added.

Concerns are rising over a possible spike in migrants from Afghanistan after Taliban toppled the government and took over Kabul. Turkey has increased its measures on the eastern border with Iran to prevent any migrant influx in the face of the recent developments in Afghanistan.

Minister Soylu also stated that the coast guard, law enforcement and migration units are working together with Italy on this issue and said, "We already have a mechanism. Now we have decided to establish a new one. We think that we will launch it in the near future. We have prevented 8,000 illegal immigrants from going to Italy. I believe that if we manage the process together from now on, we will get more productive results."