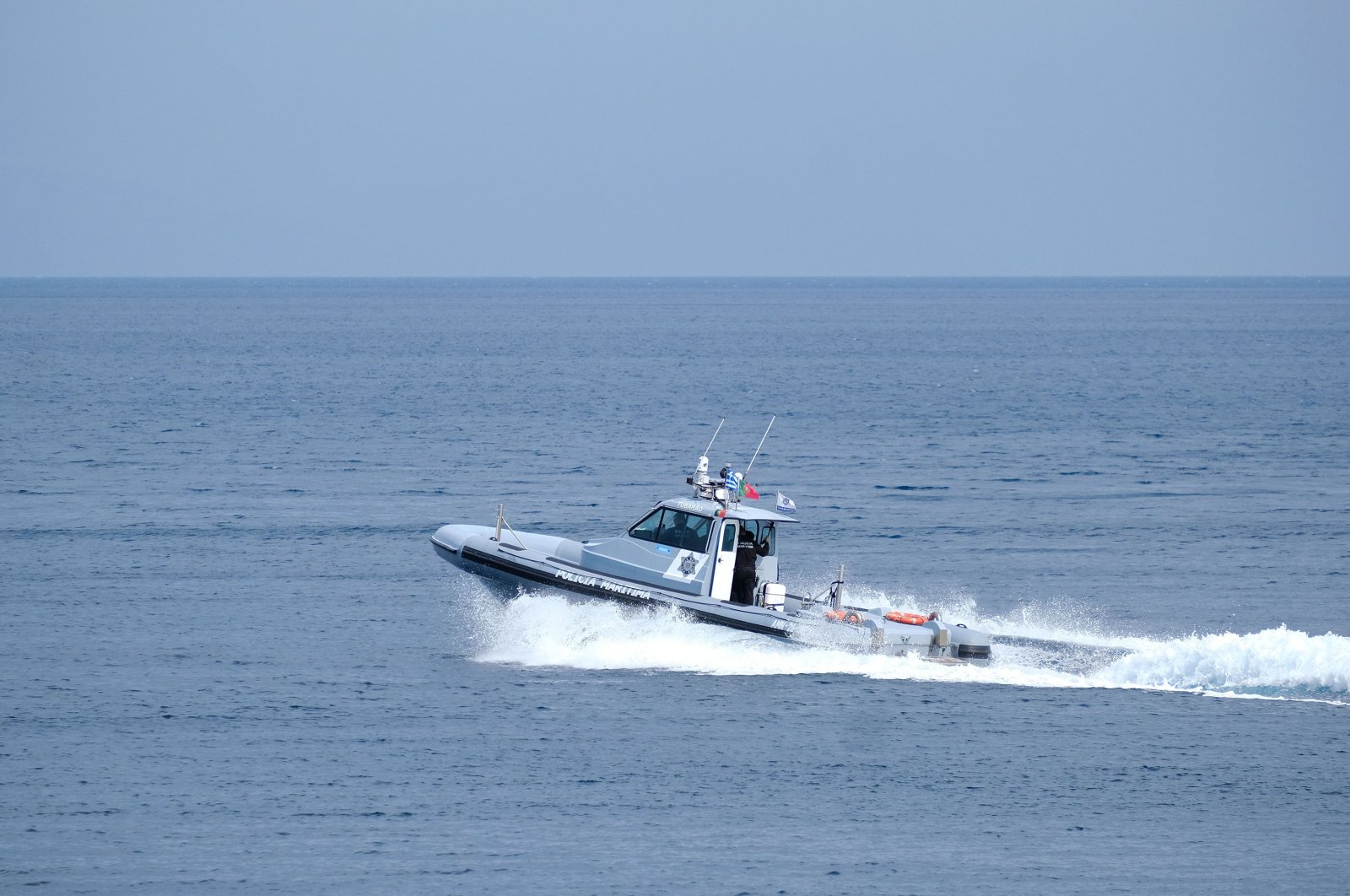 A Frontex patrol vessel cruises near the port of the village of Skala Sikamineas, Greece, March 3, 2020. (Photo by Shutterstock)
by DAILY SABAH WITH AA Mar 11, 2021 11:17 am
RECOMMENDED

Whether the European Union's border patrol agency Frontex is willing to hold itself liable for the numerous pushbacks and violations against migrants and asylum-seekers at Greece's border with Turkey has come into question, Human Rights Watch (HRW) said in a report Wednesday.

In an internal investigation conducted by Frontex's management board into these allegations of pushbacks of migrants and asylum-seekers, eight of 13 incidents were examined, the watchdog said.

The inquiry found that no "third-country nationals were turned back in contravention of the principle of non-refoulement," an act of forcing migrants to return to a country or territory where they might face persecution. However, the investigation gave no details on the incidents and had left five cases unresolved, the report said.

In the meantime, a German pro-transparency group, FragDenStaat, gave detailed information on the five incidents that were left unresolved, offering insight into the possible illegal pushbacks.

According to HRW, the information about these five incidents and the internal probe conducted by Frontex raises concerns about the agency's involvement in these abuses as well as the way it has investigated the allegations.

"They looked at the five incidents, but there was no conclusion on them," HRW researcher Eva Cosse told Anadolu Agency (AA).

"About the eight other incidents, it says they examined them and that they concluded they were not pushbacks, but they do not provide further details in the report," she added.

The incidents that were analyzed in the probe were the few that were reported on internally at Frontex, HRW said in its report.

In addition, it failed to look into serious incidents of violations where people were picked up after reaching Greek shores and then taken by the Greek coast guard to inflatable rafts at sea, it said.

Frontex's management board has shared its concerns about the effectiveness of its reporting and monitoring mechanisms, but it should examine at large the reported abuses and press the agency to reconsider operations when abuses are committed, HRW said.

It was reported earlier this month that the border agency's probe into allegations of illegal migrant pushbacks on the Greece-Turkey maritime border has proven inconclusive.

The report by a working group appointed by Frontex management, which was shared by a source close to the investigation, said it was “not able to clarify completely” the details of five incidents of alleged rights violations. But the working group did point to “deficits and the need for improvement of the reporting and monitoring system” in place.

It concluded that action by Frontex chief Fabrice Leggeri to halt operations in the Aegean Sea “would not be justified.”

Leggeri has been under pressure for months over the allegations as Frontex takes on a greater frontline role in patrolling EU borders. EU lawmakers and activists have called for him to resign over the operations, but he has refused to, insisting the agency is key to the fight against human trafficking. Meanwhile, the agency is also being investigated by OLAF, the independent EU corruption watchdog.

Most recently, Turkey on Thursday rescued 35 irregular migrants who were illegally pushed back by the Greek Coast Guard into Turkish territorial waters in the Aegean Sea, security sources said.

The asylum seekers were rescued from a rubber boat off the coast of Ayvalık in Turkey’s northwestern Balıkesir province, the Turkish Coast Guard Command said in a statement.

The group, including women and children, was brought to Alibey Island, also known as Cunda, it said. Food, drinks, and medical supplies were provided to the asylum seekers, the statement added.

In a statement issued last month, Turkey urged Athens and "all elements involved in pushbacks" to end their violations of international law, human rights agreements and a migration deal between the EU and Turkey.

The Turkish Foreign Ministry's statement cited two incidents on Feb. 23 and Feb. 24 in which Greek forces assaulted groups of asylum-seekers, took their valuables and left them stranded on an island in the middle of the Maritsa (Meriç) River.

Over 80,000 asylum-seekers have been pushed back to Turkey in the last four years, the ministry said, accusing Greece of pursuing a "systematic policy" for years on pushbacks with the involvement of Frontex.