Interior Minister Soylu calls on Europe to act against Frontex 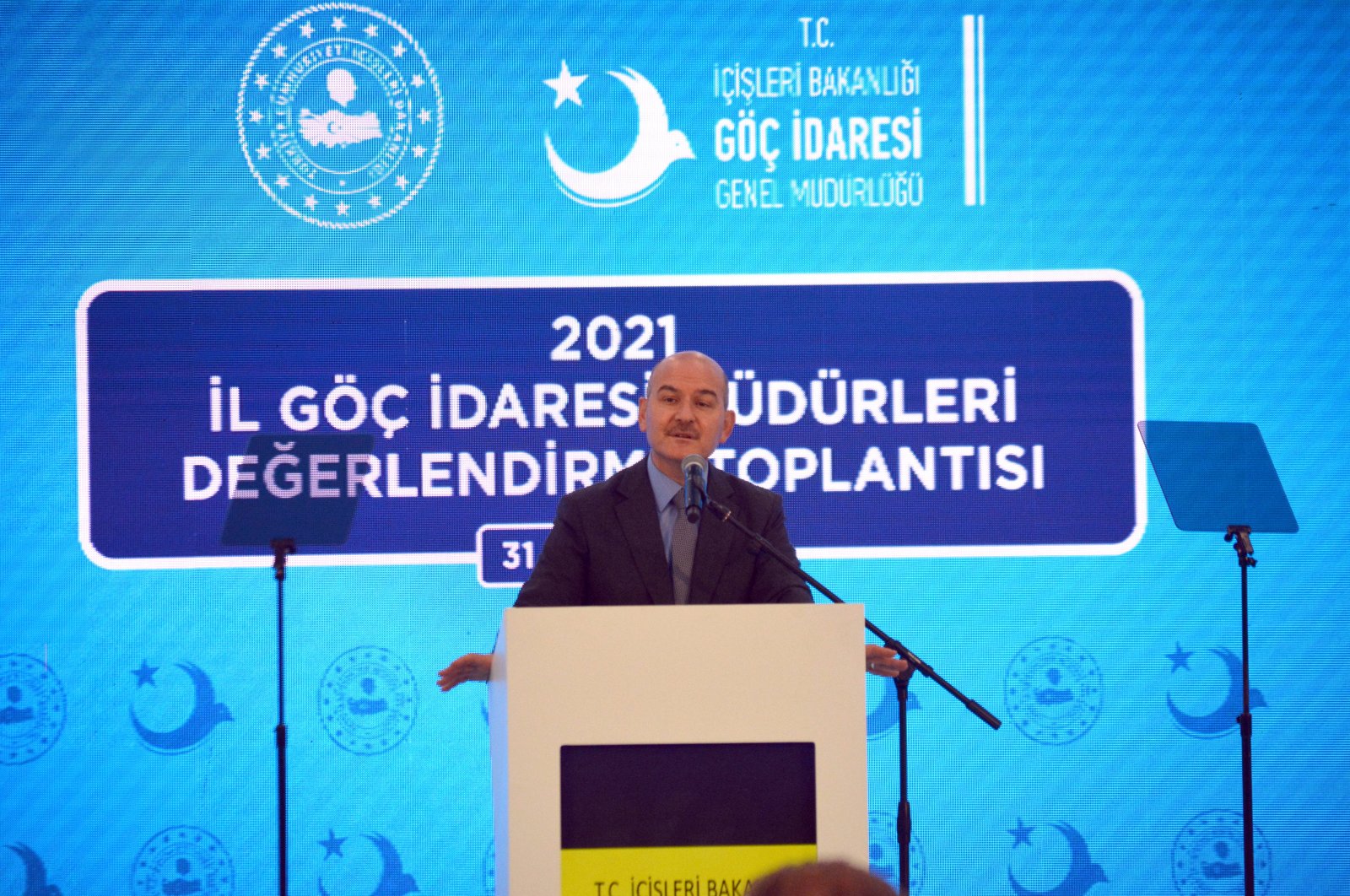 The European Border and Coast Guard Agency (Frontex) is a disgrace for Europe, Turkey's interior minister said Wednesday while also criticizing European authorities' inactivity against the agency's involvement in the mistreatment of migrants and pushbacks.

Speaking on an annual evaluation meeting on the issue of migration in western Balıkesir province's Ayvalık district, Interior Minister Süleyman Soylu said that the West's attitude toward the migrant crisis is a shame for humanity.

"Of course, irregular migration is a crime, but people who resort to this method do not lose their rights of being a human. Stripping the captured illegal migrants naked, tying their hands with plastic handcuffs and throwing them to die in the freezing waters of the Aegean Sea in the middle of winter without their boots, there is nothing compatible with either law, humanity or any other value. It is not possible to understand the silence of the international community on these actions," he said.

Regarding Frontex's role in the mistreatment and pushback of migrants from Greece toward Turkey in the Aegean Sea, Soylu said: "Europe, unfortunately, formed a joint agency for their own borders, called Frontex. But, it actually formed an inhumane agency. The Frontex agency is a disgrace for Europe and has human blood on its hands. Europe still waits for an opportunity to protect and defend this agency ... We want to warn Europe one more time here. This Frontex agency is another black mark on your history of exploitative behavior. If you do not take a step quickly, close this organization and reveal the flaws of this organization before the history and the judiciary, you will have achieved the success of adding a new black mark on your civilization altogether. Well, maybe that's what suits it."

Frontex head Fabrice Leggeri has been under pressure for months over the allegations as Frontex takes on a greater front-line role in patrolling EU borders. EU lawmakers and activists have called for him to resign over the operations, but he has refused, insisting the agency is key to the fight against human trafficking. A working group of 14 members of the European Parliament was formed last month to investigate the EU border agency's involvement in pushbacks of asylum-seekers in Aegean waters.

In a statement issued last month, Turkey urged Athens and "all elements involved in pushbacks" to end their violations of international law, human rights agreements and a migration deal between the EU and Turkey.

Soylu also said that the West has clearly benefited from and fueled the conflict, instability and poverty in geographies of origin for the migration.

Underlining that the world has been witnessing a historical level of human mobility leading to a migration crisis since 2011, Soylu said that the origin of this migration crisis is not only Syria, also different regions including Africa, the Middle East and South America.

"On the one hand, there is migration mobility from Africa, the Middle East and Central Asia toward Turkey and Europe; at the same time, there is more migration mobility in the continent of South America. I need to underline that all of these constitute a test for humanity, and we hold our head high in this test," he said.

Regarding Turkey's efforts for a solution to the migrant crisis, Soylu highlighted the fact that Turkey is the country hosting the most migrants in the world and the only country that has been putting in sincere effort to establish stability in the region.