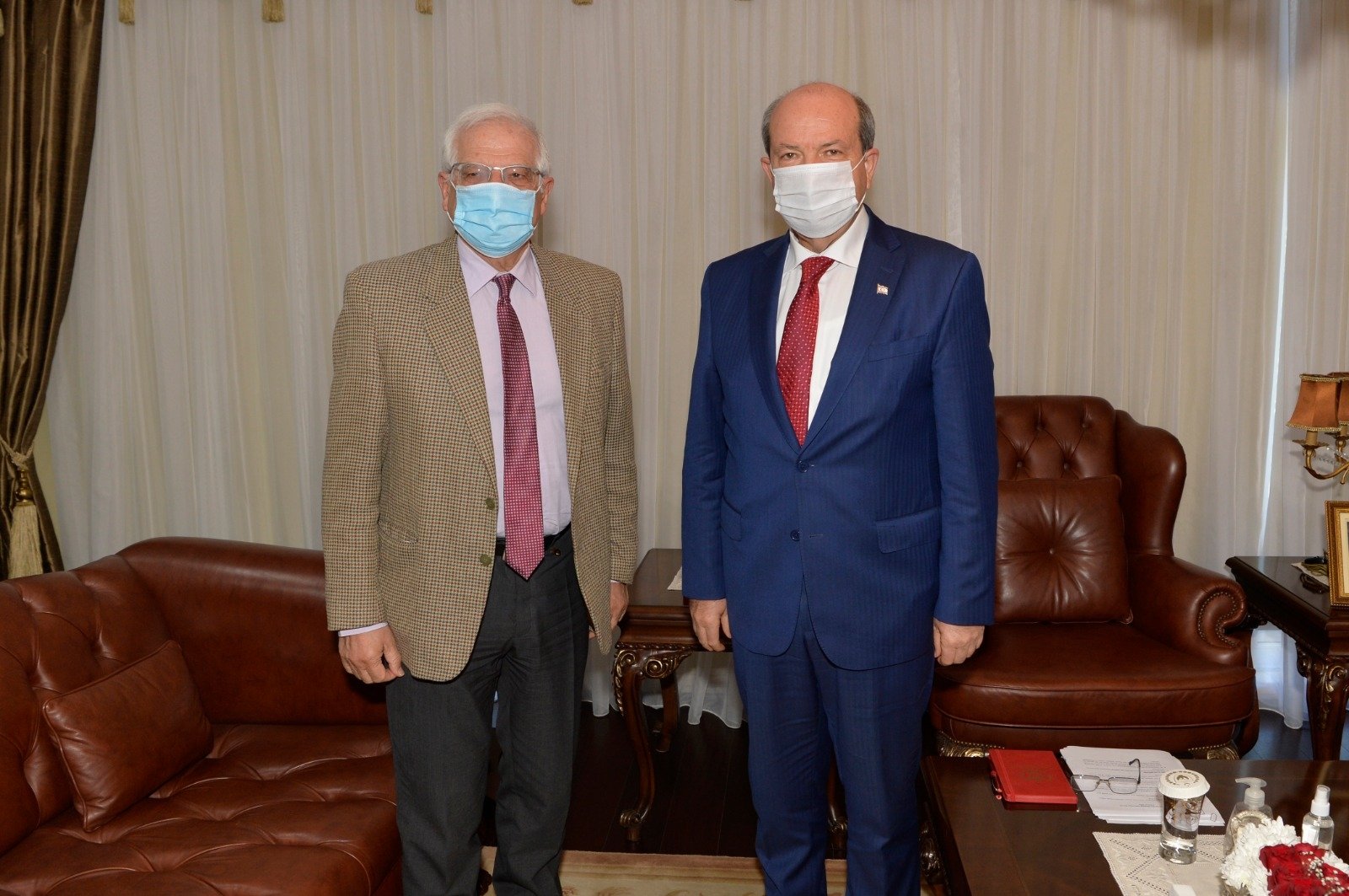 The EU is ready to provide “whatever assistance” it can to both Turkish and Greek Cypriot leaders as well as the U.N., said the bloc’s foreign policy chief on Monday, adding that it needs to get involved in the U.N.-led talks on Cyprus as the issue is an "EU problem."

“The sooner the EU becomes fully involved in the renewed settlement talks, the better,” Josep Borrell wrote on his blog in the wake of his visit to Cyprus last week, when he met with both Ersin Tatar, president of the Turkish Republic of Northern Cyprus (TRNC), and Nicos Anastasiades, the Greek Cypriot administration leader.

Stressing that the EU fully supports the U.N. line on the Cyprus talks, Borrell wrote: “The UN has been very clear on the parameters for finding a lasting peace: UN Security Council Resolution 2561 of 29 January 2021 recalls the importance of achieving a comprehensive settlement based on a bicommunal, bizonal federation with political equality.”

He added that a solution to the Cyprus issue “cannot come from outside.”

“The responsibility for finding a solution lies first and foremost with the Cypriots themselves,” he said.

“The EU stands ready to provide whatever assistance both leaders and the UN would find most useful,” he added. “The Cyprus problem is clearly an EU problem: Cyprus is a member state of the Union, now and after reunification; regional stability and prosperity in the Eastern Mediterranean is closely bound to a solution to the Cyprus problem.”

Adding that “Turkish Cypriots are EU citizens,” Borrell said Cyprus’ EU membership is for the benefit of all Cypriots.

Underlining that the Cyprus issue also impacts relations between Turkey and the EU, he said: “Progress in the Cyprus talks is more important than ever before.”

Turkish leaders have expressed skepticism over EU involvement in the Cyprus issue, saying that the bloc has shown itself a biased actor on the issue.

The island has been divided since 1964, when ethnic attacks forced Turkish Cypriots to withdraw into enclaves for their safety.

In 1974, a Greek Cypriot coup aiming at Greece’s annexation led to Turkey’s military intervention as a guarantor power to protect Turkish Cypriots from persecution and violence.

The Greek Cypriot south entered the EU in 2004, the same year that Greek Cypriots thwarted a U.N. bid-the Annan Plan-to end the decadeslong dispute in a referendum.

The United Nations recently announced that Secretary-General Antonio Guterres was inviting the leaders to an informal meeting in Geneva, Switzerland on April 27-29 “to determine whether a common ground exists for the parties to negotiate a lasting solution to the Cyprus problem within a foreseeable horizon.”

The invitees also include the foreign ministers of the three “guarantors” of Cyprus’ independence – Greece, Turkey and Britain.

Last month, President Recep Tayyip Erdoğan ruled out discussing a federal system to reunify Cyprus, insisting that a two-state accord is the only way forward. TRNC President Ersin Tatar has strongly echoed Erdoğan.

Greek Cypriots strongly reject any deal that would legitimize the island’s ethnic partition. The Greek Cypriot administration instead is proposing a “decentralized federation” under which the Greek and Turkish speaking zones would be granted more authority to run their own affairs.