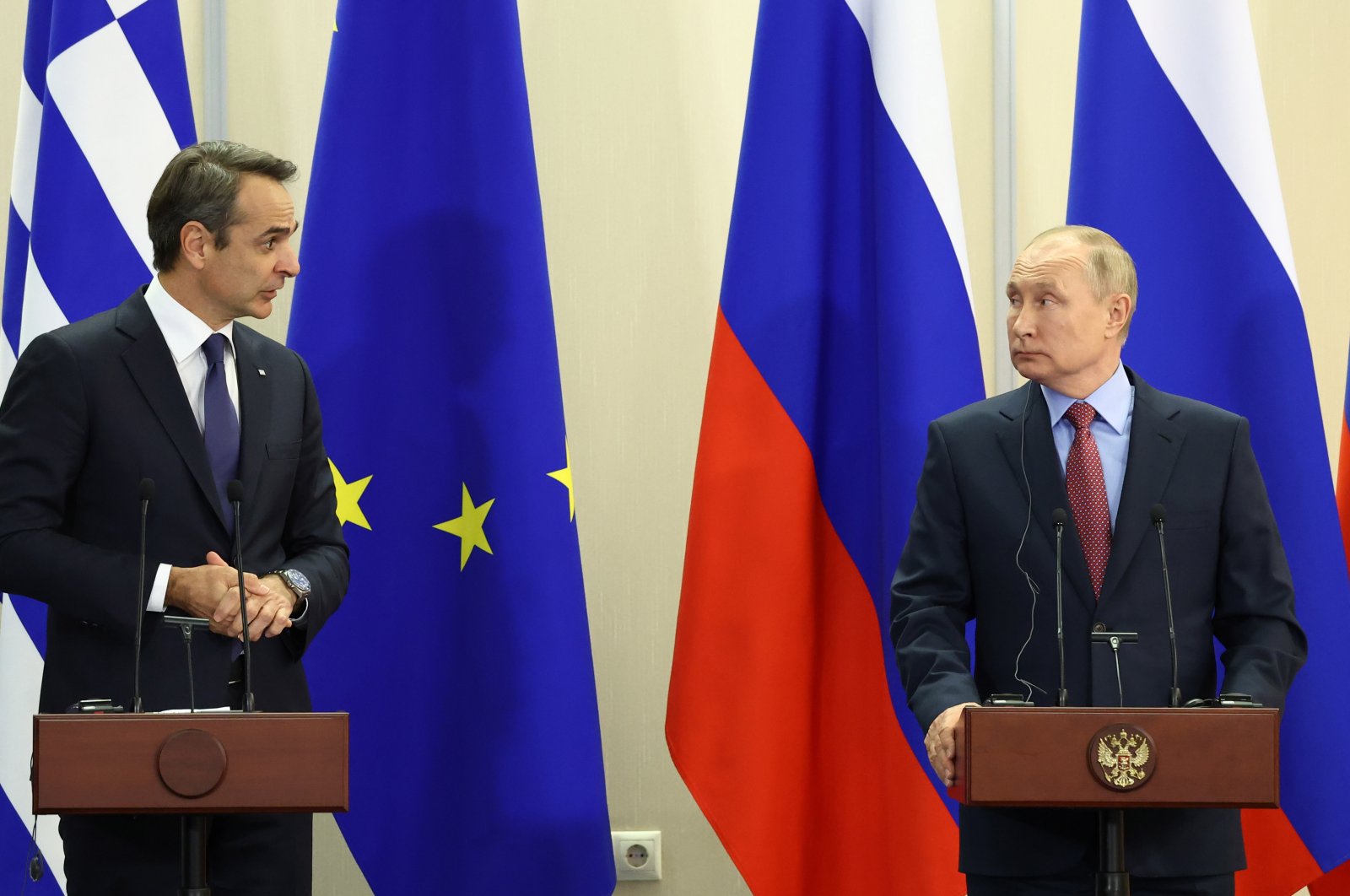 Russia is in favor of resolving the Cyprus issue through fair and practical means and is constantly in touch with Turkey and European Union countries regarding the Eastern Mediterranean and Libya, President Vladimir Putin said Wednesday.

Putin was speaking to reporters following a meeting with Greek Prime Minister Kyriakos Mitsotakis in Sochi.

He noted that Moscow supports a federation on the divided island, which would be accepted by all sides, and that it was ready to support a fair and practical solution.

Putin’s statement contradicts Turkey and the Turkish Republic of Northern Cyprus’ (TRNC) rejection of the federation, as they note that the idea of a federation was exhausted at the Crans Montana talks. Both countries note that a two-state solution on the island is the only way to solve the problem, as the Greek Cypriot administration is completely against living in peace with Turkish Cypriots.

While Greece and the Greek Cypriot administration support the federation, Turkey and the TRNC insist on a two-state solution reflecting the realities on the island.

The island of Cyprus has been mired in a decadeslong struggle between Greek and Turkish Cypriots, despite a series of diplomatic efforts by the United Nations to achieve a comprehensive settlement. Five decades of Cyprus talks have yielded no results.

The island has been divided since 1964 when ethnic attacks forced Turkish Cypriots to withdraw into enclaves for their safety. In 1974, a Greek Cypriot coup aiming at annexation by Greece led to Turkey's military intervention as a guarantor power. The TRNC was founded in 1983.

The Greek Cypriot administration, backed by Greece, became a member of the European Union in 2004, even though in a referendum that year most Greek Cypriots rejected a United Nations settlement plan that envisaged a reunited Cyprus joining the EU.

Meanwhile, Putin also said Russia was constantly in contact with Turkey regarding the issue of the Eastern Mediterranean and the ongoing problems in Libya.

“We have held extensive talks on Libya and the Eastern Mediterranean,” Putin said, adding that Moscow is in favor of holding elections on the scheduled dates in Libya, which would bring stability to the country.

“We believe all difficult problems in the region need to be resolved through dialogue,” Putin said.

Turkey and Russia have supported opposing sides in the Libyan conflict.

In April 2019, Libya’s putschist Gen. Khalifa Haftar and his forces, backed by Egypt, Russia, France and the United Arab Emirates (UAE), launched an offensive to try and capture the capital, Tripoli. His 14-monthlong campaign collapsed, and the fall of Tripoli was prevented after Turkey stepped up its military support for the U.N.-backed government.