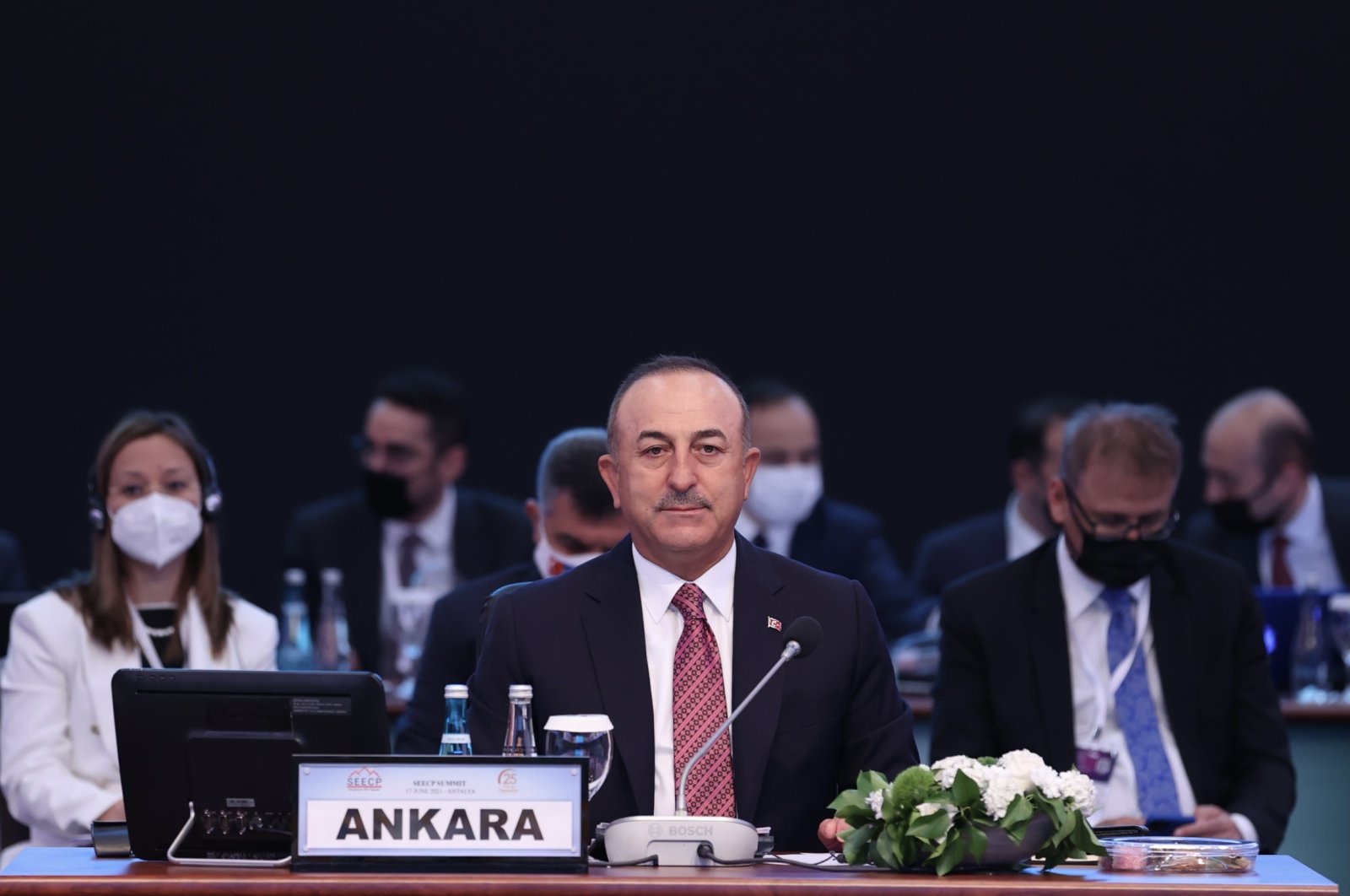 The European Union can only become a global actor if all of the southeast European countries become a member of the bloc, Turkey’s Foreign Minister Mevlüt Çavuşoğlu told a conference on Thursday.

"Strengthening the EU membership perspectives of the SEECP members is our common goal. The EU can become a global actor only when all Southeast European countries become members of the bloc," Çavuşoğlu said.

“We also call for an immediate start to the accession negotiations of Tirana (Albania) and Skopje (North Macedonia) as soon as possible,” Çavuşoğlu said, adding that Turkey also wants the accession processes of Montenegro and Serbia to be expedited.

Highlighting the importance of displaying a common stance to overcome differences, Çavuşoğlu said Turkey expects progress in the Belgrade-Pristina Dialogue Process soon and is ready to provide all types of assistance in this regard.

Turkey assumed the chair of the SEECP in July 2020 for a one-year term.

Besides strong political relations, Turkey has deep historical, cultural and economic ties with the Balkan countries.

Founded in 1996, the SEECP includes 13 countries from southeastern Europe and promotes regional cooperation in diverse sectors.

This year's summit under the term presidency of Turkey also marked the 25th anniversary of the establishment of the SEECP.

"23 years ago, when we assumed the term presidency of this process for the first time, we held a summit in Antalya," Çavuşoğlu recalled.

"We discussed the Charter on Good-Neighborly Relations, which is the basic document of SEECP, for the first time at the Antalya Summit," he said, adding: "Since then, we have come a long way to realize our common goals."

"Today, there is a Southeast Europe (group) that seeks solutions to problems through dialogue."

Çavuşoğlu said that the SEECP, which is the most inclusive forum in the region, has become a platform that can bring the countries of the region together even in the most difficult times.

"[SEECP] allowed us to talk about our problems face to face without needing others," he added.

The SEECP brings together Turkey, Albania, Bosnia-Herzegovina, Bulgaria, Republic of Macedonia, Romania, Serbia, Greece, Croatia, Moldova and Montenegro and "is a symbol of the common will of the countries of the region to improve cooperation among themselves and to bring lasting stability in South East Europe," according to Turkish Foreign Ministry.

The next term president for the SEECP will be Greece.

Erdoğan will attend the SEECP in Antalya Thursday and the Antalya Diplomacy Forum on Friday.

The SEECP Summit will discuss recent developments in the region.

"We will talk about the economy and development targets of the next 10 years for our region," Çavuşoğlu told a news conference on Wednesday, adding a strategy document for 2030 will also be discussed.

The Antalya Diplomacy Forum will be held by the Turkish Foreign Ministry under the theme of "Innovative Diplomacy: New Era, New Approaches" from June 18-20.