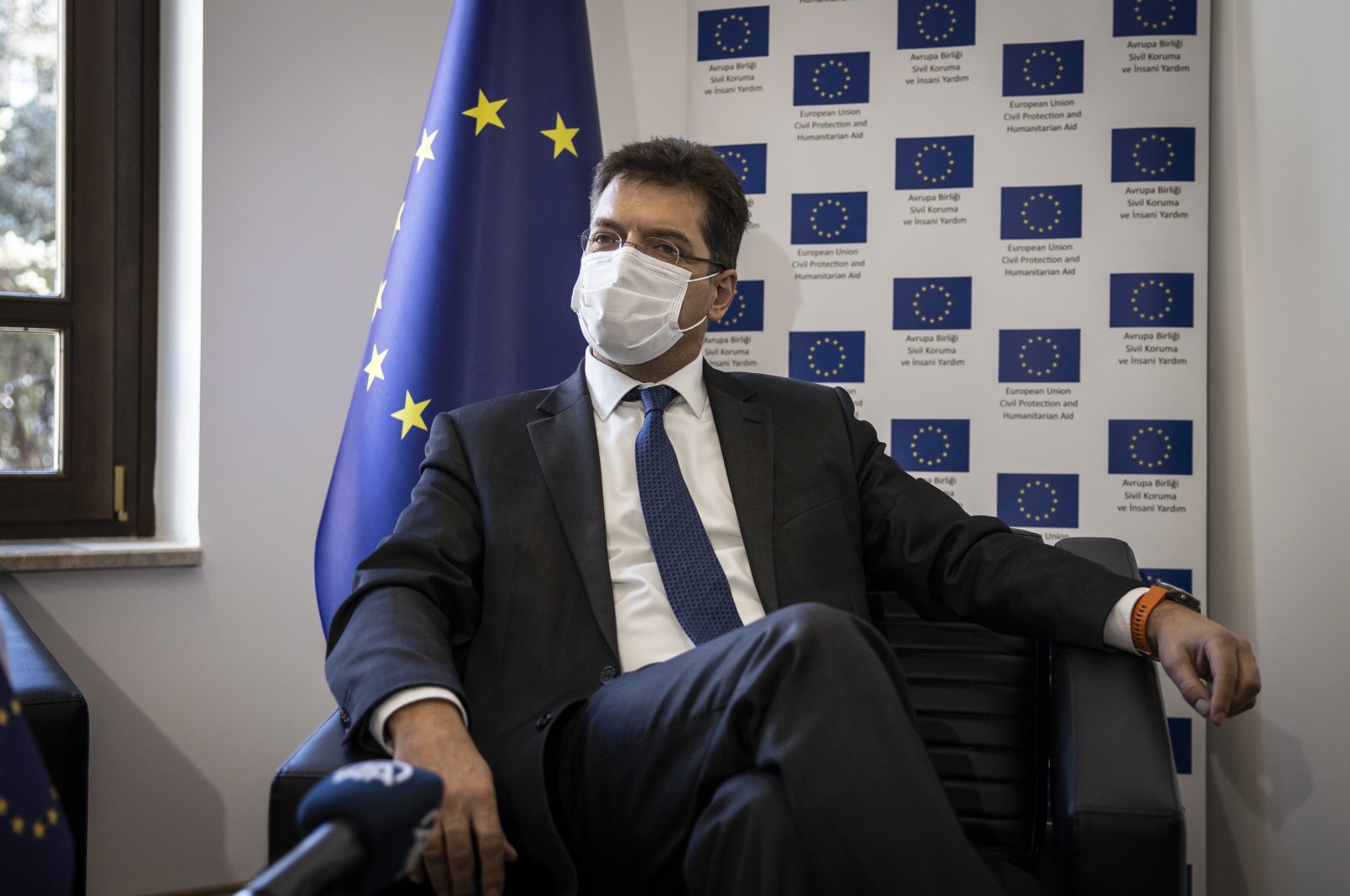 Lenarcic noted that the bloc is well aware of the burden that Turkey has been handling and that it is ready to provide further assistance.

“Turkey deserves praise as it is the country hosting the largest number of refugees in the world,” he said, adding that the bloc supports Ankara’s efforts through its Emergency Social Safety Net (ESSN) program.

The program, now run by the Turkish Red Crescent (Kızılay) and the International Federation of Red Cross and Red Crescent Societies (IFRC) for refugees in Turkey, was originally launched as a result of the 2016 Turkey-EU migrant deal.

Last week, the bloc said it would distribute 325 million euros ($368 million) to refugees in Turkey.

The EU approved a plan in June to provide Turkey with 3 billion euros from 2021 to 2024 to help it host millions of refugees from Syria.

Turkey currently hosts 6 million migrants, with nearly 4 million from Syria, its migration authority says. Some 2 million more than in 2016 and a heavy burden on a country that only had 60,000 asylum-seekers in 2011 before Syria's civil war broke out.