EU agrees on additional funding for migrants in Turkey 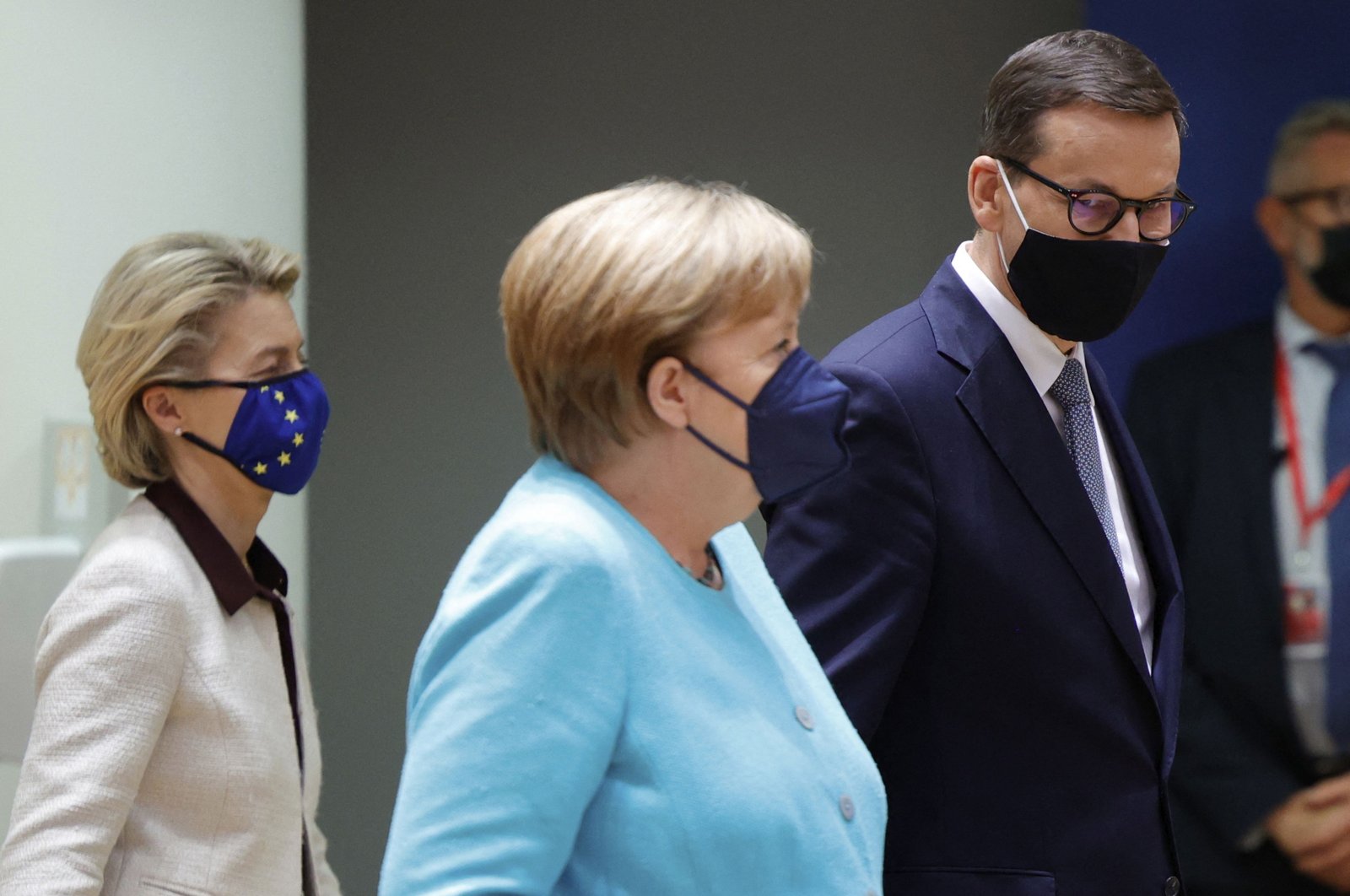 The European Union has decided to continue working on a customs union update with Turkey, German Chancellor Angela Merkel said Thursday, adding that the bloc also agreed on additional funding of 3 billion euros ($3.6 billion) for migrants in Turkey.

Following talks on the first day of the EU leaders' summit in Brussels, Merkel said that comprehensive talks on relations with Turkey were held during the meeting.

She said that the EU Commission submitted a report on how the migration deal with Turkey can be extended.

"We will continue the work on the customs union, and of course we expect a constructive attitude from Turkey. We have also seen an improvement in the situation in the Mediterranean," she said.

Turkey is hosting 6 million migrants, with nearly 4 million from Syria, its migration authority says. That's 2 million more than in 2016 and a heavy burden on a country that only had 60,000 asylum-seekers in 2011 before Syria's civil war broke out.

The current customs union only covers a limited range of industrial products and excludes agriculture, public procurement, e-commerce and services.

Expanding the customs union would bring Turkey, an EU candidate for membership, fully into the internal market of the world’s largest trading bloc, allowing almost all goods and services to flow unhindered.

The European Commission also announced Thursday it has adopted a number of conclusions on Turkey after the first day of the EU leaders summit in Brussels, Belgium.

EU heads of state and government began the two-day summit by discussing migration. They have called for a new migration strategy that opens the way for the EU to sign similar deals with third-party countries like the one struck with Turkey in 2016.

As the EU summit continued, the statement on Turkey was shared with the public after the conclusion of the talks on Turkey.

"It welcomes the de-escalation in the Eastern Mediterranean, which needs to be sustained in line with the statement by the Members of the European Council of 25 March 2021," said the first conclusion.

"The European Council reiterated the EU's readiness to engage with Turkey in a phased, proportionate and reversible manner to enhance cooperation in a number of areas of common interest, subject to the established conditionalities set out in March and in previous European Council conclusions," it continued.

"In line with this framework, it takes note of the start of work at (the) technical level towards a mandate for the modernization of the EU-Turkey Customs Union and recalls the need to address current difficulties in the implementation of the Customs Union, ensuring its effective application to all Member States.

"It also takes note of the preparatory work for high-level dialogues with Turkey on issues of mutual interest such as migration, public health, climate, counterterrorism and regional issues," said the fourth conclusion.

EU leaders have also asked the commission to submit a formal proposal for funding for Syrians in Turkey, Jordan, Lebanon and other parts of the region without delay, "in the context of the EU's overall migration policy."

"The European Council recalls its previous conclusions and remains fully committed to the comprehensive settlement of the Cyprus problem on the basis of a bicommunal, bizonal federation with political equality, in accordance with the relevant UNSC resolutions," it said, referring to the United Nations Security Council.

The conclusion continued by saying that the council regrets that "the informal meeting held in Geneva under the auspices of the United Nations did not pave the way for the resumption of formal negotiations."

The leaders underlined that the EU will keep actively participating in supporting the process.

The statement argued that developments related to the rule of law and fundamental rights in Turkey are a cause for concern – claiming that political parties, human rights defenders and the media have been targeted, which has led to a decline in democracy, the rule of law and women's rights.

They noted that dialogue on these matters will continue to be a significant part of bilateral relations.

"In line with the shared interests of the EU and Turkey in regional peace and stability, the European Council expects Turkey and all actors to contribute positively to the resolution of regional crises.

"The European Council will remain seized of the matter," it concluded.

Ahead of the summit, von der Leyen spoke with President Recep Tayyip Erdoğan over the phone on Monday.

She described the exchange as "a good conversation" in a social media post and explained that they "discussed the state of EU-Turkey relations, COVID-19, trade and Customs Union, the situation in the Eastern Mediterranean, migration and developments in Afghanistan."

Erdoğan also stressed that the EU needs to take positive steps in its ties with Turkey.

He told a news conference the EU must "return to the table" for negotiations with Turkey. "We expect concrete steps from the EU now," Çavuşoğlu said.

Turkey has the longest history with the union and the longest ascension negotiation process. The country signed an association agreement with the EU's predecessor, the European Economic Community (EEC), in 1964, which is usually regarded as a first step to eventually become a candidate. Applying for official candidacy in 1987, Turkey had to wait until 1999 to be granted the status of a candidate country. For the start of the negotiations, however, Turkey had to wait for another six years, until 2005, a uniquely long process compared with other candidates.