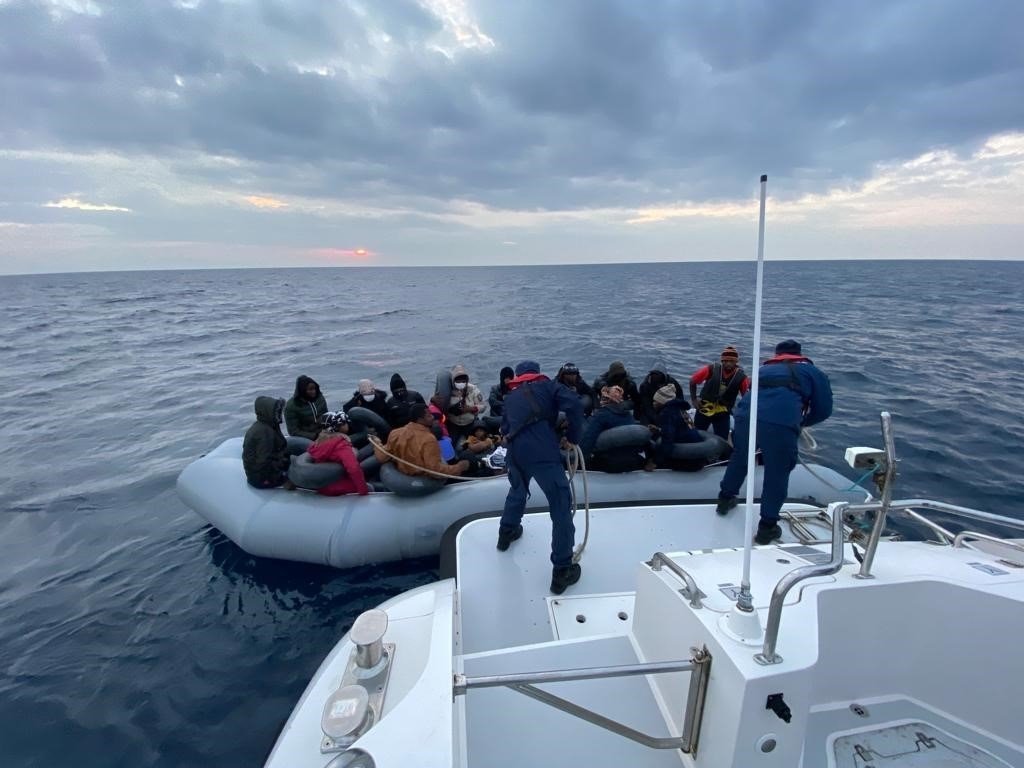 Over 150 irregular migrants were rescued off western Izmir province's Urla, Dikili, Seferihisar and Çeşme districts, off the Turkish coast, Nov. 2, 2021 (AA Photo)
by DAILY SABAH WITH AA Nov 03, 2021 9:30 am
RECOMMENDED

Interior Minister Süleyman Soylu and Greek Migration Minister Notis Mitarakis met in the capital Ankara Tuesday as the issue of irregular migration continues to stoke tensions between the neighbors.

The two ministers and their accompanying delegations met behind closed doors to discuss migration, the fight against terrorism and security issues, sources told Anadolu Agency (AA).

The two NATO allies are at odds over a number of issues including competing claims over jurisdiction in the Eastern Mediterranean, air space, energy, the ethnically split island of Cyprus and the status of islands in the Aegean.

Most recently, Mitarakis claimed that Turkey was not abiding by the terms of a pact signed with Brussels in 2016. The Greek minister had also said that the Aegean Sea must be cleared of refugee boats and people smugglers.

Turkey, on the other hand, has repeatedly condemned Greece's illegal practice of pushing back asylum-seekers, saying it violates humanitarian values and international law by endangering the lives of vulnerable migrants, including women and children.

Turkey on Tuesday rescued some 256 asylum-seekers who were illegally pushed back to Turkish waters by Greece.

Yet recently, the EU Home Affairs Commissioner Ylva Johansson said that the EU expects Greece to investigate reports of illegal migrant pushbacks at its border.

"There seems to be, in (this) case, some kind of orchestration of violence at our external borders, and there seems to be convincing evidence of misuse of (EU) funds," Johansson said, referring to the fact that authorities of these countries have received significant financial support from the EU for external border management.

"This needs to be investigated," she added.