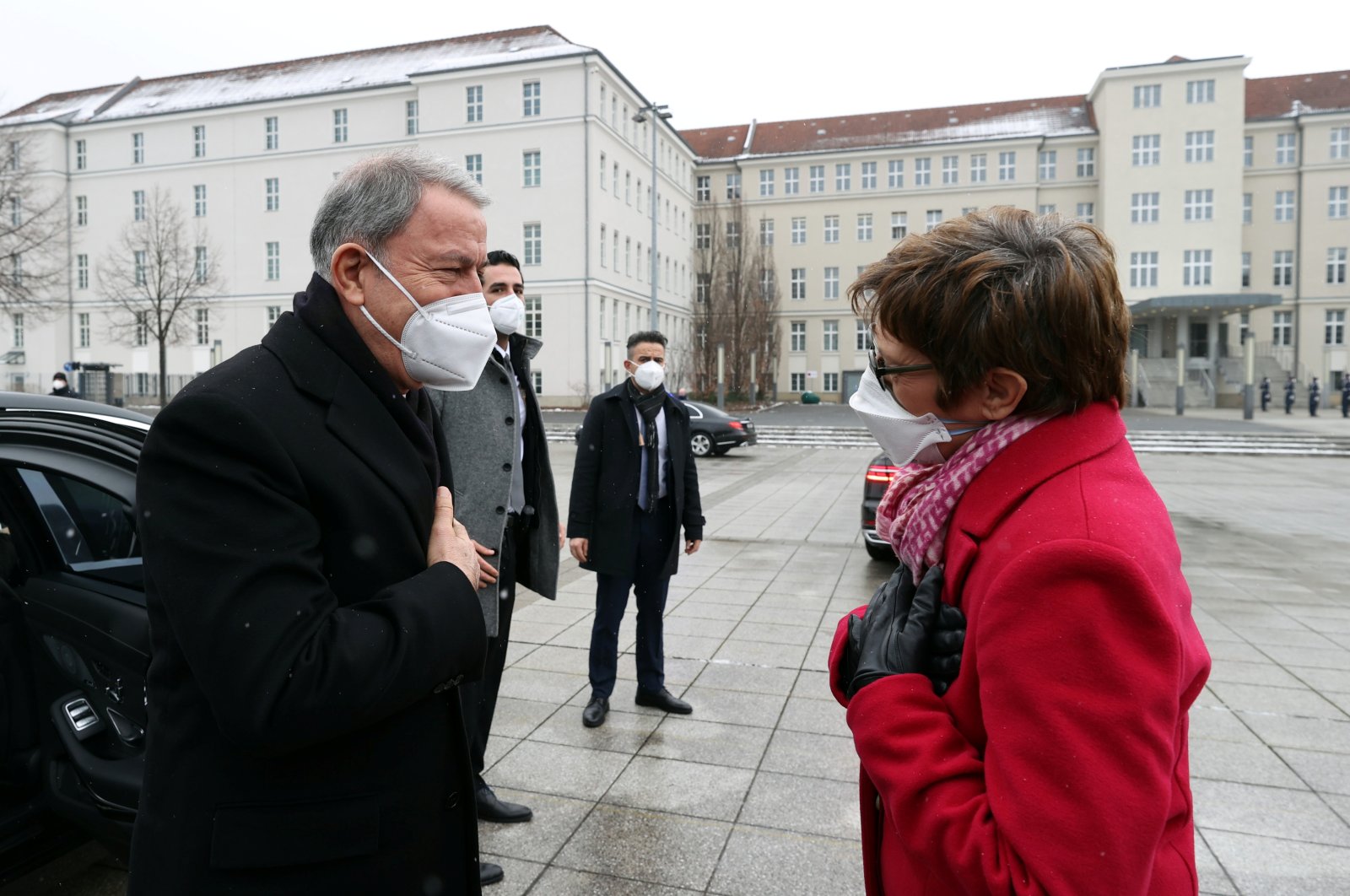 Turkey is and will remain an important NATO partner, German Defense Minister Annegret Kramp-Karrenbauer said on Tuesday, following her meeting with Defense Minister Hulusi Akar in the capital Berlin.

According to a written statement by the German defense ministry, Kramp-Karrenbauer referred to the meeting with her Turkish counterpart as “a special and good signal among allies” in which “difficult issues” were also addressed.

One of the issues high on the agenda for both countries, having caused turbulence throughout 2020, was the dispute in the Eastern Mediterranean between Turkey and its neighbor Greece over drilling rights and maritime borders in the region. The issue has also negatively affected Ankara's relations with the European Union.

Kramp-Karrenbauer welcomed the resumption of talks between NATO allies Turkey and Greece who met on Jan. 25 for the first time in nearly five years for exploratory talks to address their dispute over sovereignty rights in the Eastern Mediterranean.

“It is crucial that the thread of the conversation was resumed. Another escalation in the Mediterranean must be avoided,” the German minister said. “I hope that all sides use the opportunity for dialogue. I see Germany in a mediator role here.”

Kramp-Karrenbauer reached out to her Greek Cypriot and Greek counterparts over the phone ahead of the meeting with Akar.

Kramp-Karrenbauer underlined that dialogue and balance are key to the alliance between NATO allies Germany and Turkey.

“Both have a common interest in a stable south-east flank of NATO. Ankara is a reliable and close partner who makes substantial contributions to European security,” the statement said.

The defense ministers also discussed issues of security in the Black Sea, Iraq and the Libyan civil war.

“With a view to updating NATO's Strategic Concept, the minister expressly thanked her Turkish colleague for supporting the ongoing NATO reflection process,” it continued, saying that Kramp-Karrenbauer highlighted the High Level Military Dialog which took place in Berlin in January 2020 between the two ministries.

“This dialogue is to be continued this year in Ankara at the invitation of the Turks,” the ministry statement pointed out.