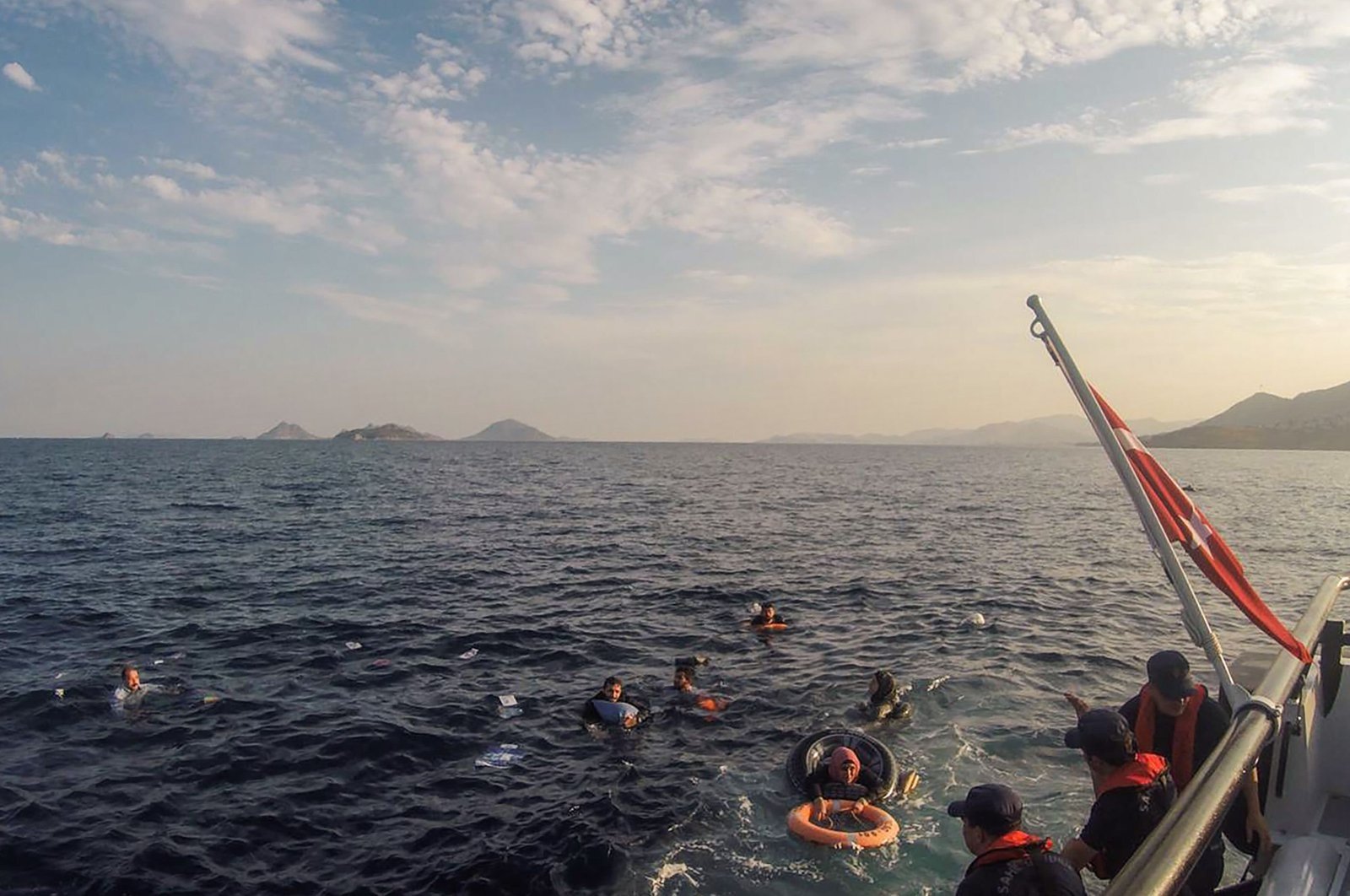 The Turkish coast guard rescues illegal migrants after their boat sank in the Aegean Sea, off the coast of southwestern Turkey, June 17, 2019. (AFP Photo)
by Daily Sabah with IHA Feb 10, 2021 12:56 pm
RECOMMENDED

Teams of Turkey's Disaster and Emergency Management Authority (AFAD) on Tuesday rescued migrants that were battered by Greek soldiers and left half-naked in the Maritsa (Meriç) river in freezing cold weather.

The four migrants that were forcefully sent back to Turkey by the Maritsa river were rescued by AFAD teams after they were found stuck on a boat. One of the rescued migrants was half-naked, wet and about to freeze to death.

The rescued migrants thanked the Turkish teams after being sent to a hospital for treatment. Following their treatment, they were sent to the provincial migration directorate in Turkey’s northwestern Edirne province.

Turkey, several human rights groups as well as nongovernmental organizations (NGOs) have accused Greece of large-scale pushbacks and summary deportations without access to asylum procedures, which is a violation of international law, and the EU for turning a blind eye to what is said to be a blatant abuse of human rights.