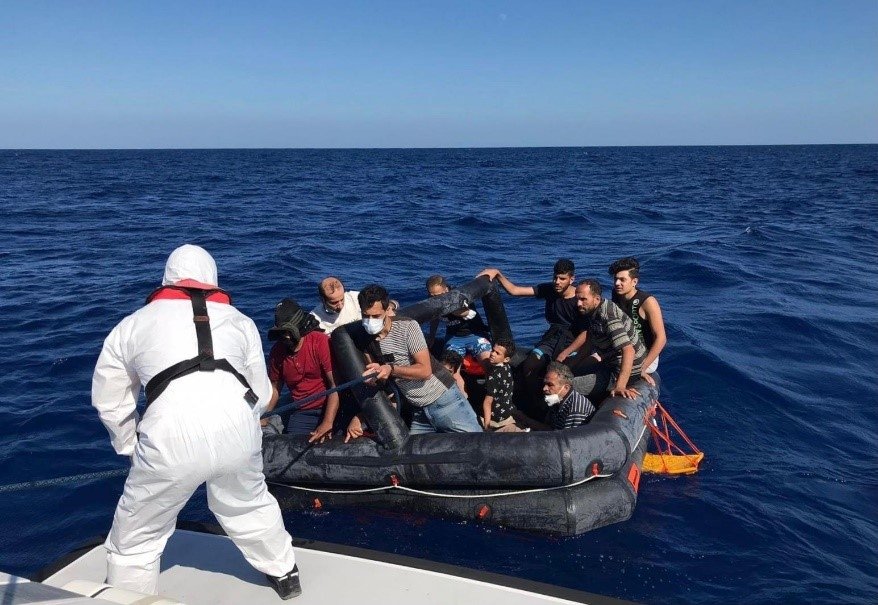 According to a Defense Ministry statement, drones used to detect forest fires in Turkey's south and west noticed that the LS-134 vessel belonging to the Greek coast guard approached Turkey's Başak Island, south of Kaş in the Mediterranean.

After following up on the information, it was determined that the irregular immigrants on the Greek coast guard's boat were left on Başak Island, where they had no chance of survival.

While the events were being monitored by the drones, Turkish Coast Guard Command units were immediately directed to the region to rescue the immigrants who had been abandoned to die.

Ministry sources stated that Greece intentionally left the migrants on the uninhabited island to die. Emphasizing that this is not the first time that Greece's inhumane treatment of immigrants has been recorded in the Aegean and Mediterranean, the sources underlined that Greece is not acting in accordance with international law and the spirit of good neighborly relations, at a time when Turkey is struggling with forest fires.