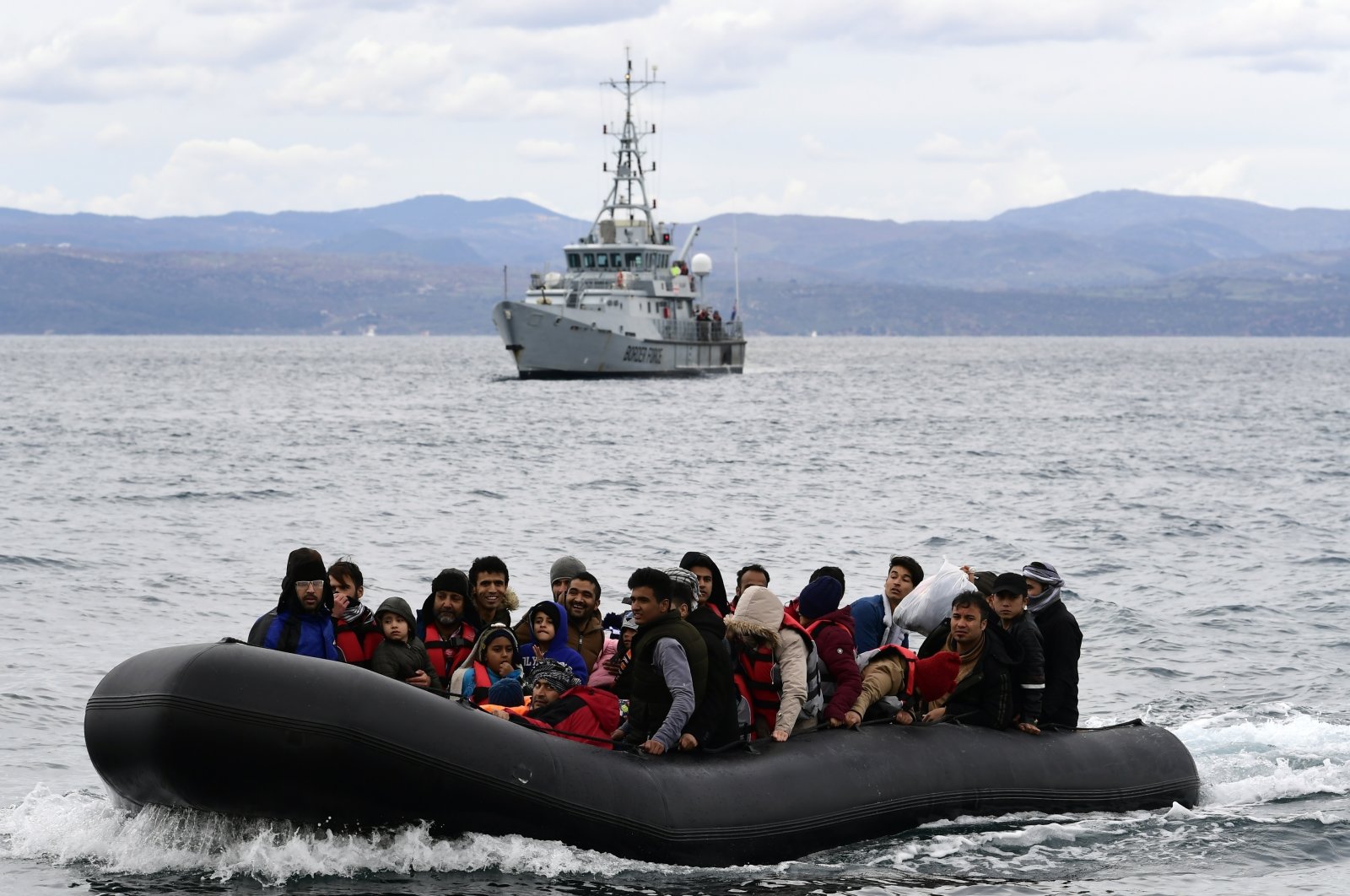 Migrants arrive aboard a dinghy accompanied by a Frontex vessel at the village of Skala Sikaminias, on the Greek island of Lesbos, after crossing the Aegean Sea from Turkey, Feb. 28, 2020. (AP File Photo)
by DAILY SABAH Jun 08, 2021 11:53 am

The rescue operations took place over the past three days off Izmir’s Foça and Dikili districts, the Turkish Coast Guard Command said.

The incident in Dikili involved a rubber boat with 102 irregular migrants off Denizköy, according to the statement.

Meanwhile, the incident in Foça involved 29 migrants in two lifeboats pushed into Turkish waters by Greece.

The irregular migrants were transferred to the local migration authority after they were rescued.

Turkey has accused Greece of large-scale pushbacks and summary deportations without access to asylum procedures – which is a violation of international law – and the European Union of turning a blind eye to what it says is a blatant abuse of human rights.