Turkey saves 46 migrants pushed back by Greece near Çanakkale 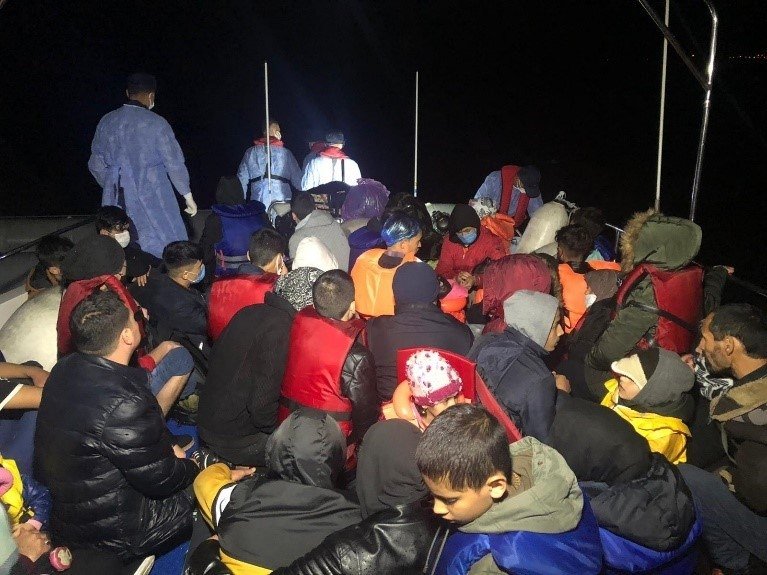 The Turkish coast guard rescued 46 irregular migrants, including children, off western Çanakkale province after they were pushed back by Greek authorities.

According to the Turkish coast guard, the migrants were on a rubber boat off the Ayvacık district at the time of the rescue. They were then referred to the provincial migration office for deportation.

A similar incident happened over the weekend when Greek authorities once again assaulted asylum-seekers before illegally pushing them back toward Turkish waters Saturday.

Turkey and Greece have been key transit points for asylum-seekers and irregular migrants aiming to cross into Europe to start new lives, especially those fleeing war and persecution.