Turkey saves 71 migrants pushed back by Greece in Aegean 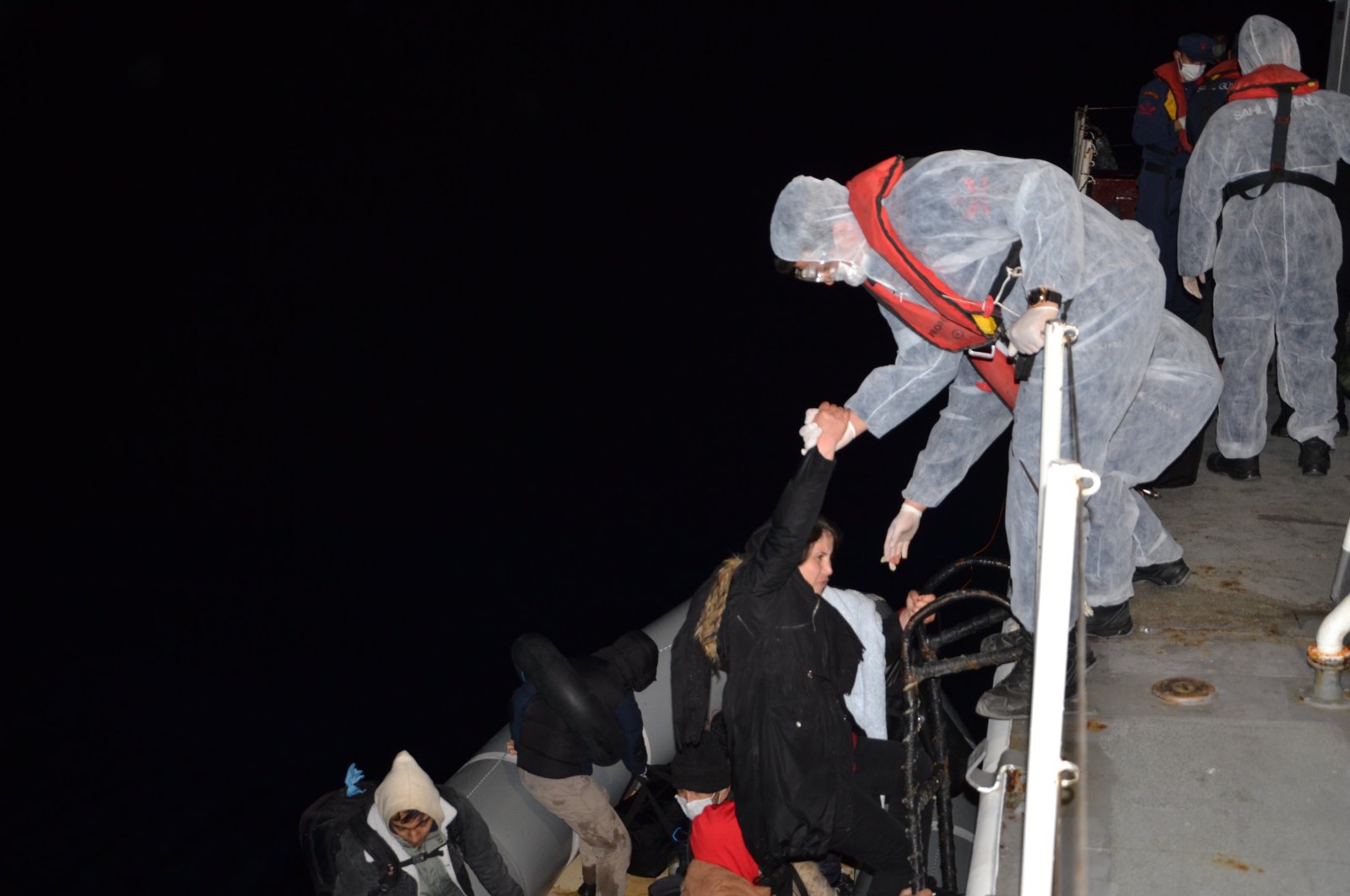 The Turkish Coast Guard has saved at least 71 irregular migrants and refugees, who were pushed back by the Greek coast guard into Turkish territorial waters in the Aegean Sea, a security source said Tuesday.

Turkish Coast guard units dispatched teams to rescue 28 migrants stranded off Çeşme district in Turkey’s Izmir province, said the sources on condition of anonymity due to restrictions on speaking to the media.

Another group of 24 migrants and refugees were rescued off Dikili district in Izmir after the engine of their rubber boat was dismantled by Greek coast guard teams, the source added.

Later, 19 others were also brought to the shore in Dikili after they were pushed back by the Greek teams.

The migrants and refugees, including women and children, were referred to the provincial migration office.

Turkey has been a key transit point for asylum-seekers, especially those fleeing war and persecution who want to cross into Europe to start new lives.

Frontex head Fabrice Leggeri, grilled by members of the European Parliament’s Civil Liberties Committee at the end of November, said no evidence had been found of “active, direct or indirect” Frontex involvement in pushbacks. Only the host member state (Greece) could decide what had to be done, he added. Some members of the Parliament supported the work of Frontex, but one group, the Socialists and Democrats, called for Leggeri’s resignation.

Greece rejects the accusations, saying they protect the borders of the EU in line with international law. International nongovernmental organizations (NGOs) reported at least 300 pushback incidents by Greek security forces in 2020.