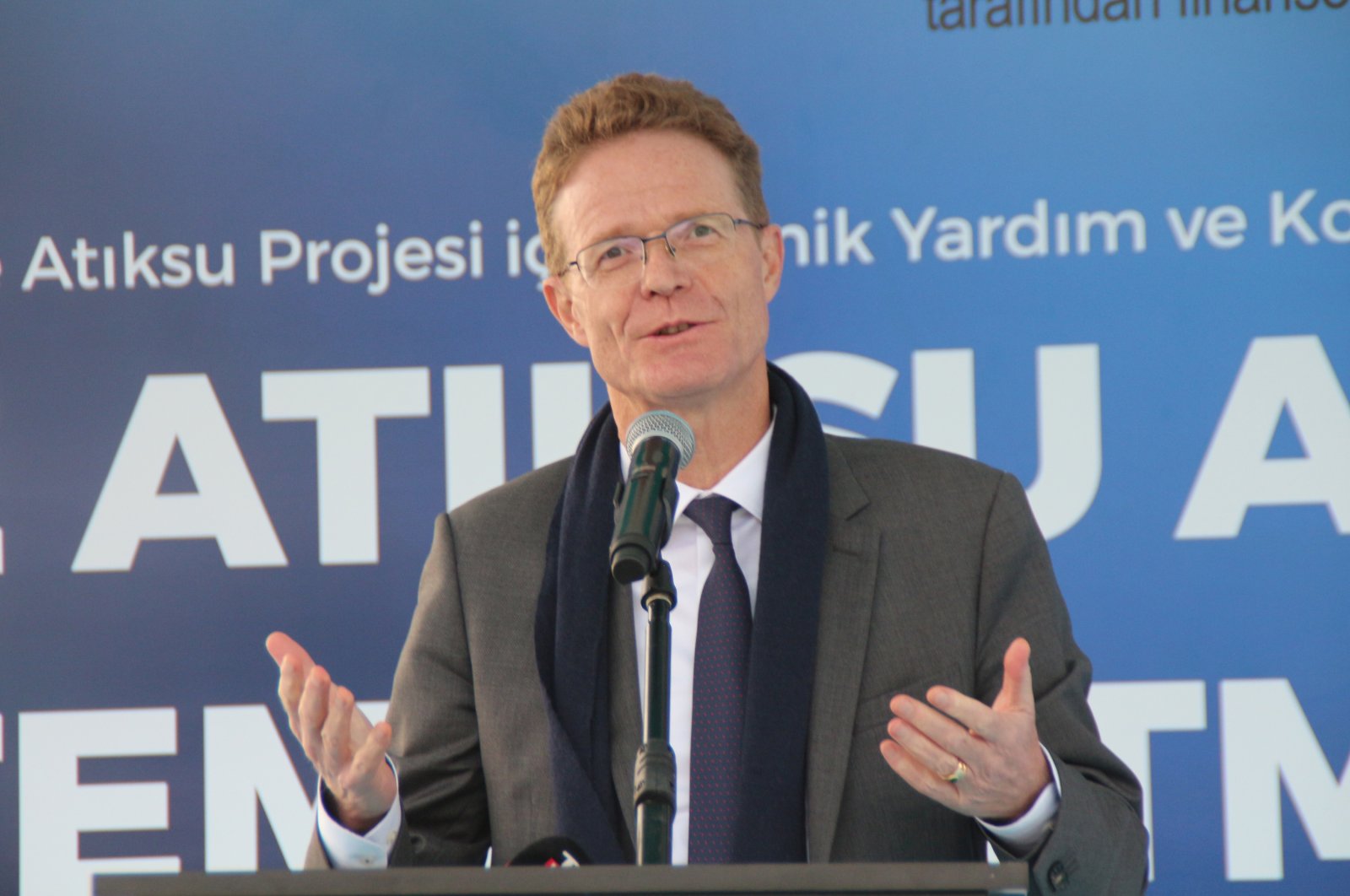 Head of the European Union Delegation to Turkey, Nikolaus Meyer-Landrut during his visit to Rize province, Turkey, Nov. 17, 2021 (DHA Photo)
by DAILY SABAH Nov 23, 2021 10:13 am
RECOMMENDED

Praising Turkey’s role in handling the migration issue, he reminded that the country is also currently hosting 3.7 million Syrian refugees and that Ankara has established several committees toward migration in this respect.

Meyer-Landrut added that there is also much to do regarding Afghanistan.

The envoy was speaking at the 40th Turkey-EU Joint Consultative Committee in western Turkey’s Izmir.

The Taliban said they want international recognition but warn that weakening their interim government will affect security and spark an even bigger exodus of Afghans to other countries. Taliban representatives previously noted that they want Turkey to provide aid and support to the Afghan people. They called on Turkey to be the first country to formally recognize the new administration in Afghanistan.

NATO member Turkey maintained its embassy in Afghanistan after Western countries withdrew following the Taliban takeover and has urged those countries to step up engagement. At the same time, it said it will only work with the Taliban if they form a more inclusive administration.