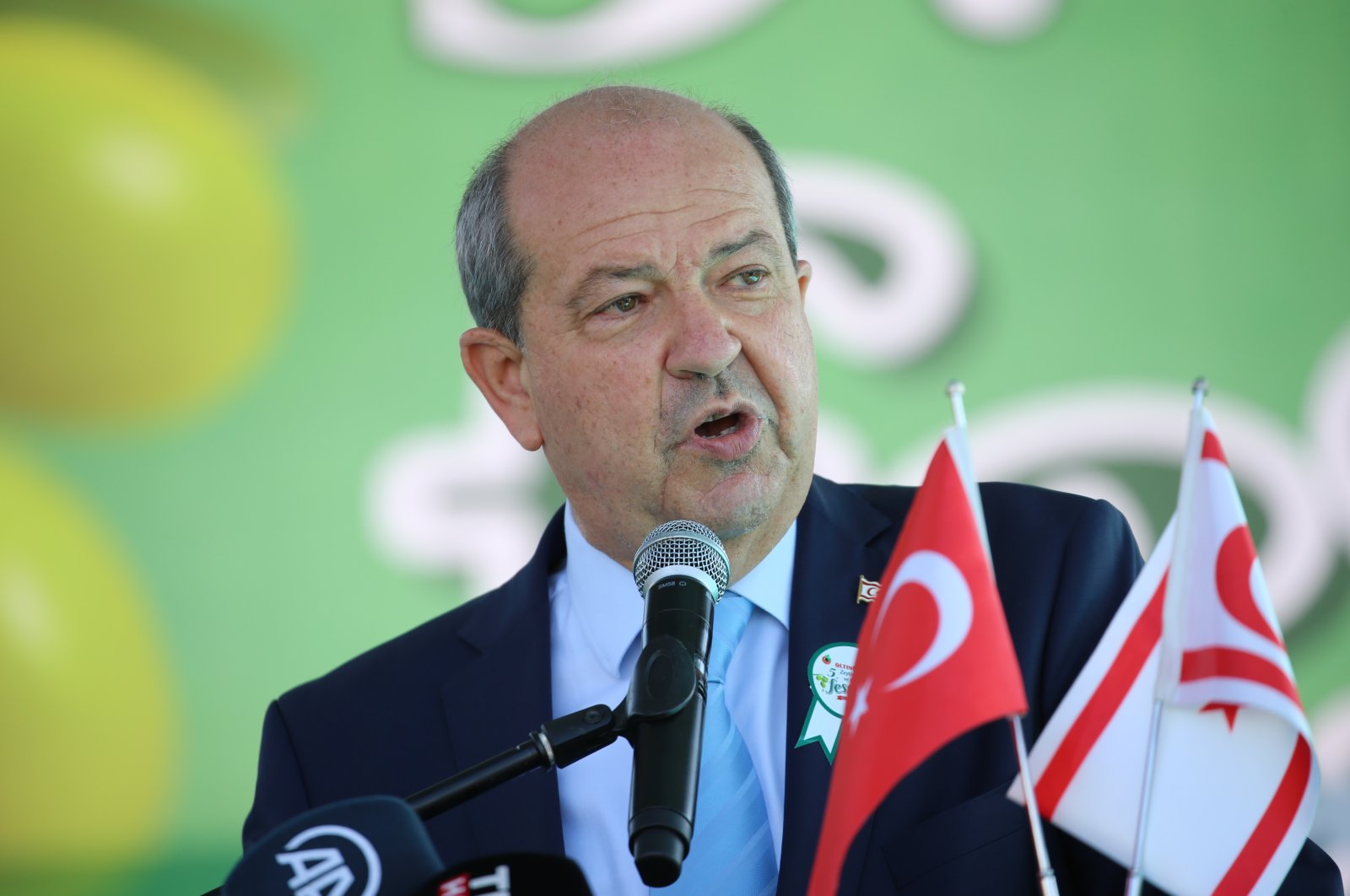 Cooperation between Turkey and the Turkish Republic of Northern Cyprus (TRNC) is needed to protect the TRNC's assets, its national interests in the Eastern Mediterranean and the Turkish Cypriot identity, President Ersin Tatar said on Saturday.

Speaking at an event in the southern Turkish province of Hatay, Tatar underlined that this is a long-desired policy.

During his visit to Hatay Governorship earlier in the day, Tatar said: "There are two different communities in Cyprus, this is how the whole world should know (it). There is no nation called Cypriot. In Cyprus, you are either Turkish or Greek."

"For centuries, the Turkish Cypriots have always continued their existence there as the rulers of Cyprus during the Ottoman period," he added.

Adding that although Turkish Cypriots faced some difficulties under British rule, he said they were never under the yoke of the Greek Cypriots.

Speaking on Friday in Istanbul, he underlined that the TRNC wants peace on the island and to settle outstanding disputes with an agreement.

"What we want is the continuum of peace in Cyprus to reach an agreement. An agreement between the two countries (the TRNC and the Greek administration of Southern Cyprus) is necessary for that," Tatar said in an address to participants at the opening of the Turkic Council Media Forum.

Touching on the issue with Greek Cyprus, he said the TRNC is resisting "those who want to destroy the Turkish Cypriots under the guise of clash of civilizations."

Underlining that the TRNC is a deep-rooted state, he said it has reached a point where it can look to the future with self-confidence thanks to its developed tourism, education and industry sectors, despite the coronavirus pandemic.