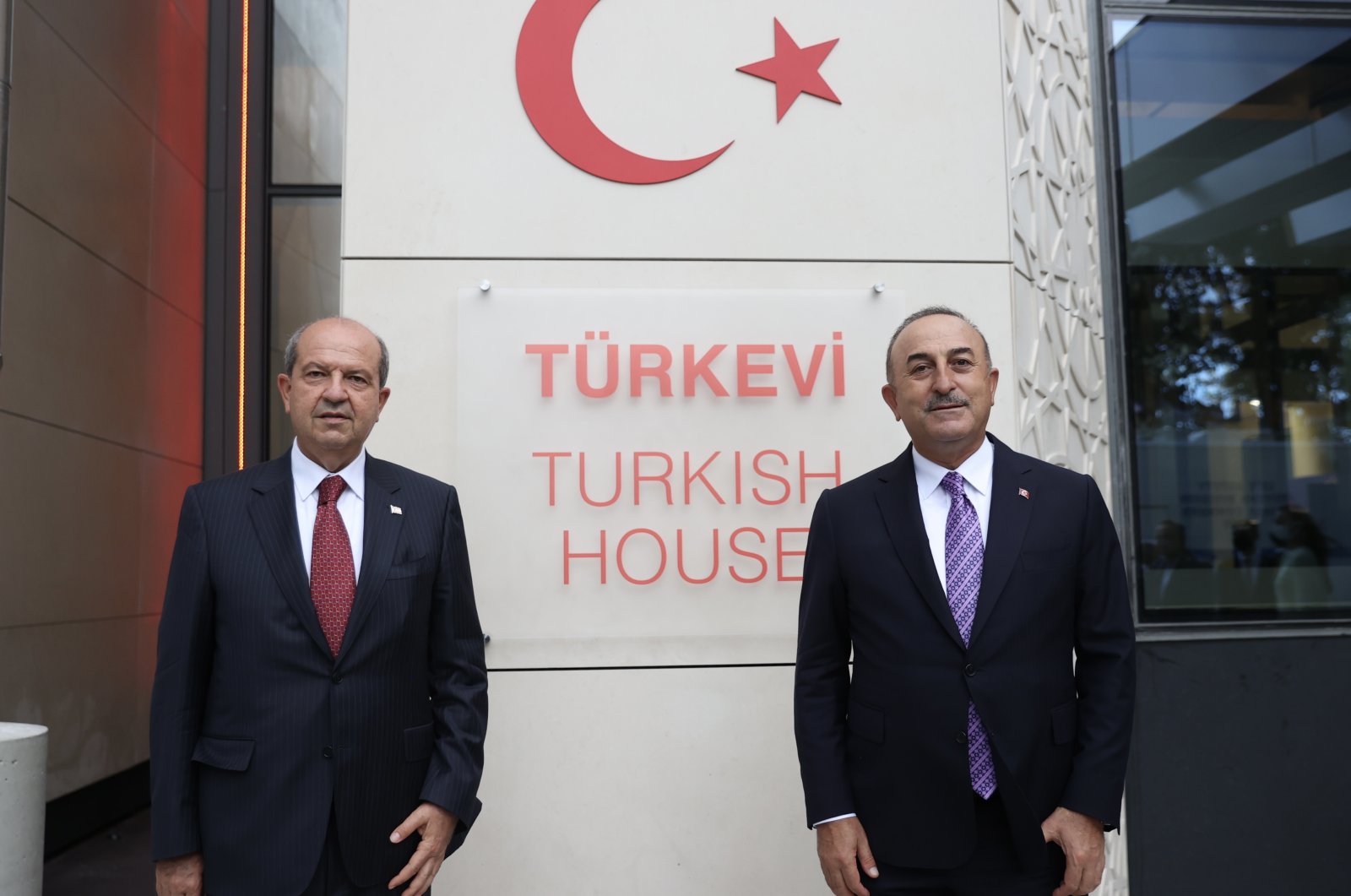 The Turkish Republic of Northern Cyprus (TRNC) on Thursday demanded that the leader of the Greek Cypriot administration "stop manipulative behavior," adding that the formal talks on the issue of Cyprus will not start until the TRNC's sovereign equality and equal international status is accepted.

The comments from the TRNC Presidency came in a statement that emphasized that an informal lunch with the U.N. secretary-general will take place on Sept. 27 with TRNC President Ersin Tatar and Greek Cypriot leader Nicos Anastasiades.

"Before the lunch that U.N. Secretary-General Antonio Guterres will give to President Ersin Tatar and Greek Cypriot leader Nicos Anastasiades on next Monday, it is seen that the Greek Cypriot leader is trying to reflect this informally organized lunch as an official meeting. We would like to emphasize that this effort is completely futile based on distortion," said the statement.

It emphasized that formal talks will not start until the TRNC's sovereign equality and equal international status is accepted.

During his speech here, Tatar touched upon the Greek Cypriot leader's recent reaction to Archbishop Elpidophoros after the latter attended the opening ceremony of the Turkish House in New York City on Monday.

Saying that the archbishop, who was born in Istanbul, had the right to come here and attend the event, Tatar added: "But here's the other side, that mentality that had the picture of Atatürk removed from the books Oxford distributed 10 days ago, this time slammed him for being with the president of the Turkish Republic of Northern Cyprus in the same frame, and there was a lot of turmoil on the Greek side."

Anastasiades canceled his meeting with Archbishop Elpidophoros after the latter attended the ceremony. Anastasiades was scheduled to meet with the head of the Greek Orthodox Church in the United States but canceled it because he was “displeased” with the archbishop's attendance in the ceremony beside President Recep Tayyip Erdoğan and Tatar, Greek daily Kathimerini Cyprus reported. Elpidophoros congratulated Erdoğan as he said he emphasized the importance of supporting religious minority rights in Turkey.

Tatar also said that he came to New York to attend the inauguration ceremony of the Turkish House upon the invitation of Erdoğan. He expressed his honor in attending the ceremony and his gratitude to the Turkish government.

Stating that they trust Turkey as a motherland, he said, Turkey is getting stronger day by day and the Turkish House is an example of this. Tatar also thanked the Turkish diplomats who struggled for Cyprus with all their might in various capitals of the world.

“This is a common cause. Turkey has always been on the side of the Turkish Cypriots. It will be so in the future because the security of Turkish Cypriots depends on Turkey's presence there. The security of the Republic of Turkey also depends on raising the position and therefore the status of a stronger TRNC in the Eastern Mediterranean. Therefore, this is our common values, our national interests, our national cause," he said.

"Together, we will continue to defend our national cause, Cyprus, to the end," Çavuşoğlu also said for his part.

"In the Cyprus process, we negotiated for a federation for 54 years. We have always approached with good intentions and always approached moderately and supported the processes, but the Greek Cypriot side, which sees the Turkish Cypriots as a minority and does not want to share anything with them, rejected all plans, all efforts, and we last said in Crans-Montana that there is no longer a need for a federation. We will not negotiate, we will now negotiate for two states," Çavuşoğlu said.

"I hope we will defend the rights of the Turkish Cypriots together until the end. Everyone has to recognize the sovereignty of the TRNC and the rights granted by the 1960 Constitution. In this direction, we, as Turkey, will continue to support your efforts as much as we can. We will carry out this process together," he added.

TRNC Foreign Minister Tahsin Ertuğruloğlu also met Thursday with his Azerbaijani counterpart Jeyhun Bayramov in New York where they are attending the 76th session of the U.N. General Assembly (UNGA).

According to a statement by TRNC's Foreign Ministry, the ministers discussed the issue of a two-state solution based on sovereign equality in Cyprus.

Ertuğruloğlu had a separate meeting with U.N. Under-Secretary-General for Political and Peacebuilding Affairs Rosemary DiCarlo at U.N. headquarters to inform her about the TRNC's position on the Cyprus issue.