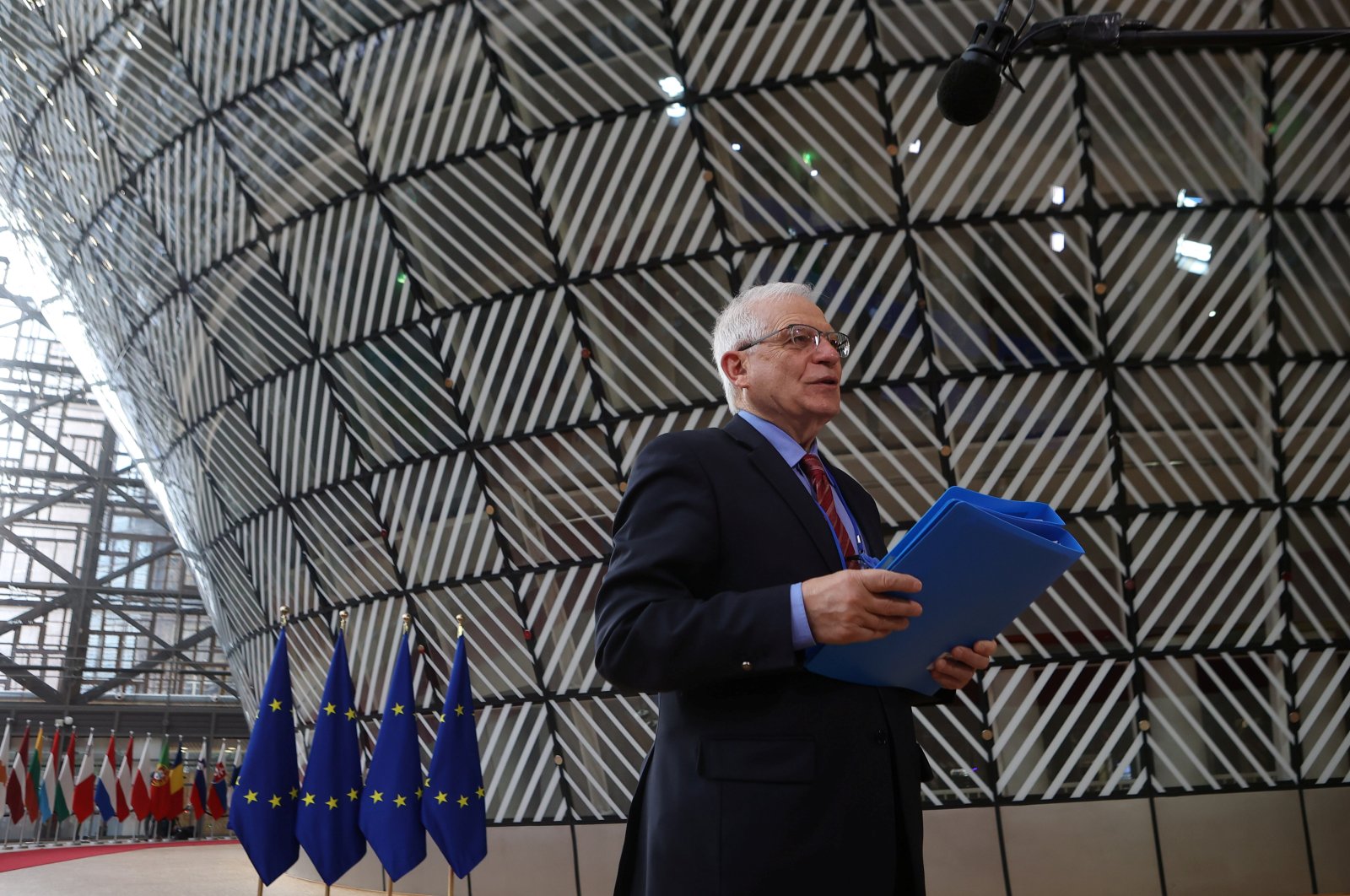 Turkish Foreign Minister Mevlüt Çavuşoğlu called on the European Union to stop "playing for time" and making conditional remarks regarding Turkey, urging the bloc to take steps to improve the positive momentum in ties, a day before an EU summit where the bloc's leaders will discuss ties with Ankara.

The EU is ready to deepen trade ties with Turkey but will maintain the threat of economic sanctions if it perceives that Ankara is moving against the bloc's interests, according to a draft statement due to be agreed by EU leaders at the summit.

Speaking to reporters in Brussels after a NATO meeting, Çavuşoğlu said the bloc needs to take steps on updating a customs union trade deal with Turkey and granting Turkish people visa-free travel into the EU.

"Turkish aggression against the 'Republic of Cyprus' (the Greek Cypriot administration) remains, undermining Ankara's European (accession) course and essentially the relaunching of talks on the Cyprus issue," Mitsotakis said following a meeting with the leader of Greek Cyprus, Nicos Anastasiades in Athens.

The leaders of the EU's 27 member states are set to discuss the state of relations with Ankara as one of the issues at their summit starting Thursday.

The bloc has been encouraged by Turkey resuming talks with Greece over their disputed maritime border, and by plans to restart U.N. peace efforts for the divided island.

Two rounds of talks between Greek and Turkish experts have been held in recent weeks, after a spike in tensions over the Eastern Mediterranean.

However, Dendias last week stressed that the visit will be carried out "under appropriate conditions," urging Turkish officials to "avoid statements that do not help to establish a climate of good relations."