'Turkey won't remain silent on violations against Turks in Greece' 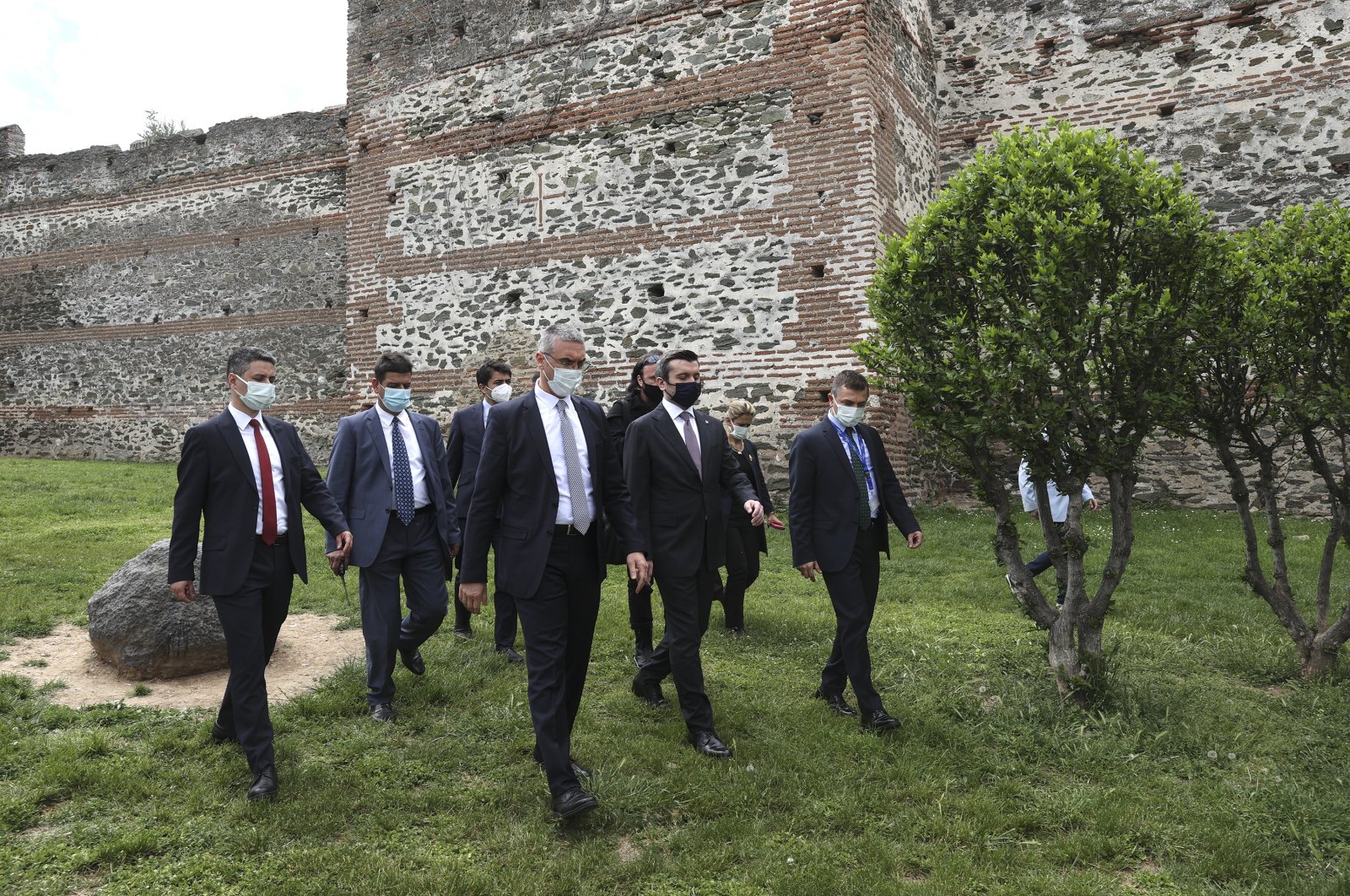 Ankara will not remain silent in the face of violations against the rights of the Turkish minority living in the Western Thrace region in Greece, Deputy Foreign Minister Yavuz Selim Kıran said Wednesday.

Noting that Turkey wants to create a positive atmosphere with Greece regarding the rights of the Turkish minority, Kıran said the country will not turn a blind eye to the violations. He mentioned that the community in Thessaloniki is upset about the fact that only a few mosques are in operation in the city, despite it hosting a large number of Ottoman-era mosques.

The deputy foreign minister spoke at a news conference in Turkey’s Consulate General in Komotini as he is visiting Western Thrace and Thessaloniki.

He noted that Turkish officials have brought up the issue of the lack of open mosques during conversations with Greek officials.

Turkey is taking the initiative to address this troubling issue, and international organizations – the European Union in particular – should call on Greece to take steps on this matter, said Kıran.

The Turkish government will address a variety of issues facing the Turkish minority, including education, ethnicity, freedom of religion and the administration of foundation properties, Kıran said, adding that the status of the Turkish minority is guaranteed by international agreements and the 1923 Treaty of Lausanne.

Stressing that the Greek and Turkish minorities in both countries are like bridges strengthening bilateral ties, Kıran said Ankara hopes Athens will take critical steps to improve the living standards of its Turkish minority.

The community of Western Thrace Turks is estimated to have between 100,000 and 150,000 members. The rights of the Turks in the region were guaranteed under the 1923 Treaty of Lausanne, a pact forged in the aftermath of the Turkish War of Independence following World War I. Since then, however, the situation has steadily deteriorated. After a Greek military junta came to power in 1967, the minority community started to face harsher persecution and rights abuses by the state. Following Turkey’s 1974 peace operation in Cyprus to protect Turkish Cypriots there, the Greek military junta eventually fell, but tight restrictions on the minority group persisted and tightened further. By the early 1990s, some rights of the Turks were partially restored, but problems regarding collective and civil liberties continued, and new challenges have emerged.