Turkey's EU candidacy not questioned by anyone, bloc's envoy says 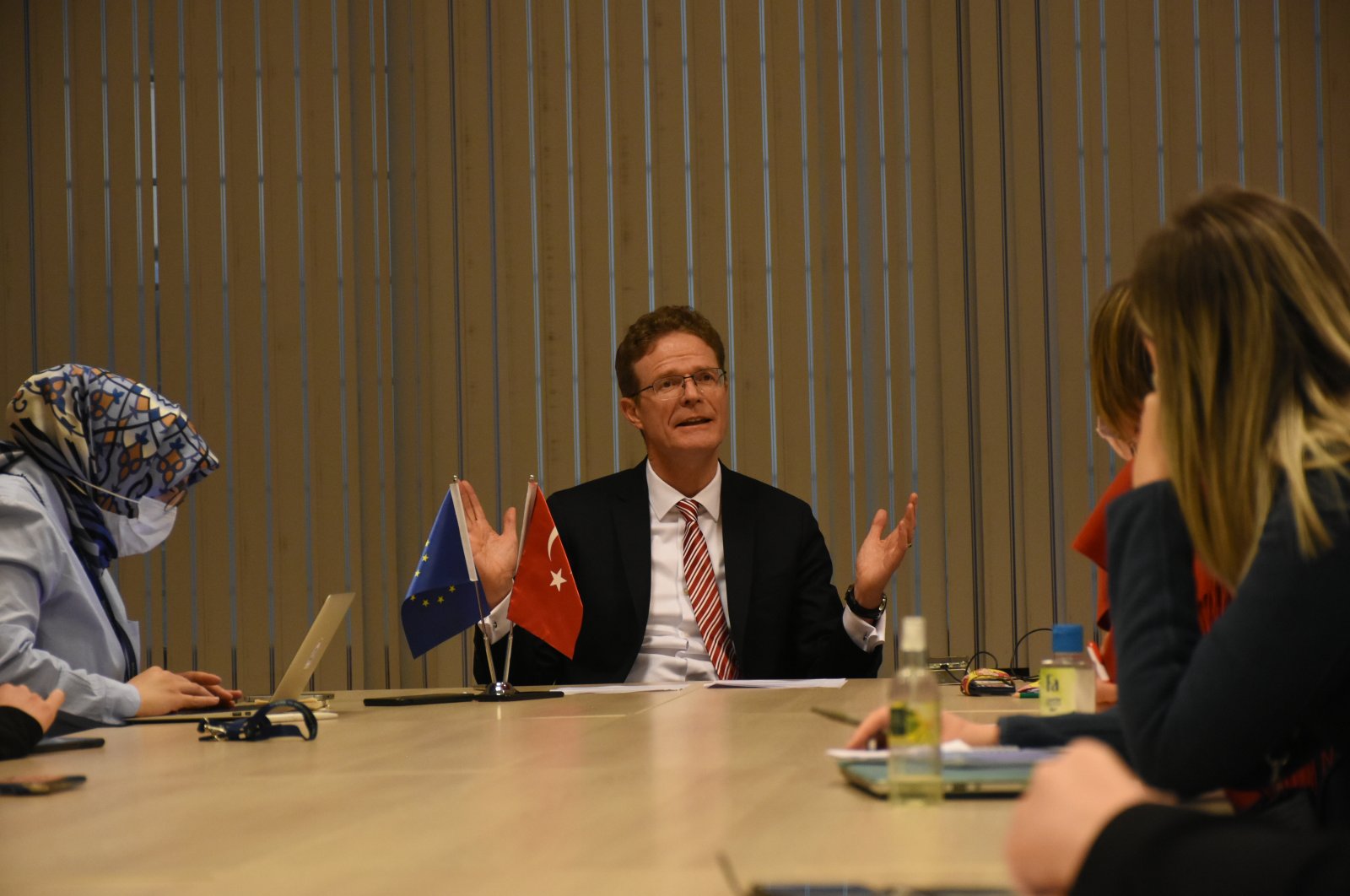 Nobody questions Turkey's candidacy for EU membership said the bloc's top diplomat in Turkey on Friday on the heels of an EU leaders' summit that tackled Turkish-EU ties.

Speaking to reporters in the Turkish capital Ankara, Nikolaus Meyer-Landrut, head of the EU Delegation to Turkey, reviewed the conclusions from the two-day summit on relations between the European Union and Turkey, a candidate for bloc membership since 1999.

On Thursday, day one of the summit, the EU Council passed conclusions saying that the EU is ready to engage with Turkey in a "phased, proportionate, reversible manner" to enhance cooperation in areas of common interest.

It also said that the EU is ready "to take further decisions at the European Council meeting in June," praising the de-escalation of tensions in the Eastern Mediterranean, resumption of talks between Turkey and Greece, and upcoming talks on the Cyprus issue under UN auspices.

The "fundamental orientation [of the conclusions] is to try to find ways to increase cooperation" in areas including economic ties and re-launching high-level dialogue with Turkey on issues of mutual concern, he added.

Listing such issues as "public health ... climate, counter-terrorism, but also regional issues," he said the European Council expects continued "de-escalation in the Eastern Mediterranean," referring to maritime disputes between Turkey and Greece.

On economic cooperation, Meyer-Landrut eyed intensified "talks with Turkey to address current difficulties in implementation of the Customs Union," including its modernization-a goal long sought by Turkey-saying this "can or should be adopted after a new assessment by the European Council in June."

"The [European] Commission is invited to explore how to strengthen cooperation with Turkey on what we call people-to-people contact and mobility," he added.

On refugees, Meyer-Landrut said the EU "recognizes, appreciates Turkey's efforts in hosting around 4 million Syrian refugees and invites the commission to make a proposal to the council for the continuation of financing for Syrian refugees in Turkey as well as in Jordan, Lebanon, and other parts of the region."

Turkey hosts more Syrian refugees than any other country in the world.

Meyer-Landrut added that on migration management, "within the framework of broader EU strategy related to all migration routes, cooperation with Turkey should be strengthened."

The European Council's conclusions are "the beginning of what can lead to enhance the cooperation in all these areas," he said.