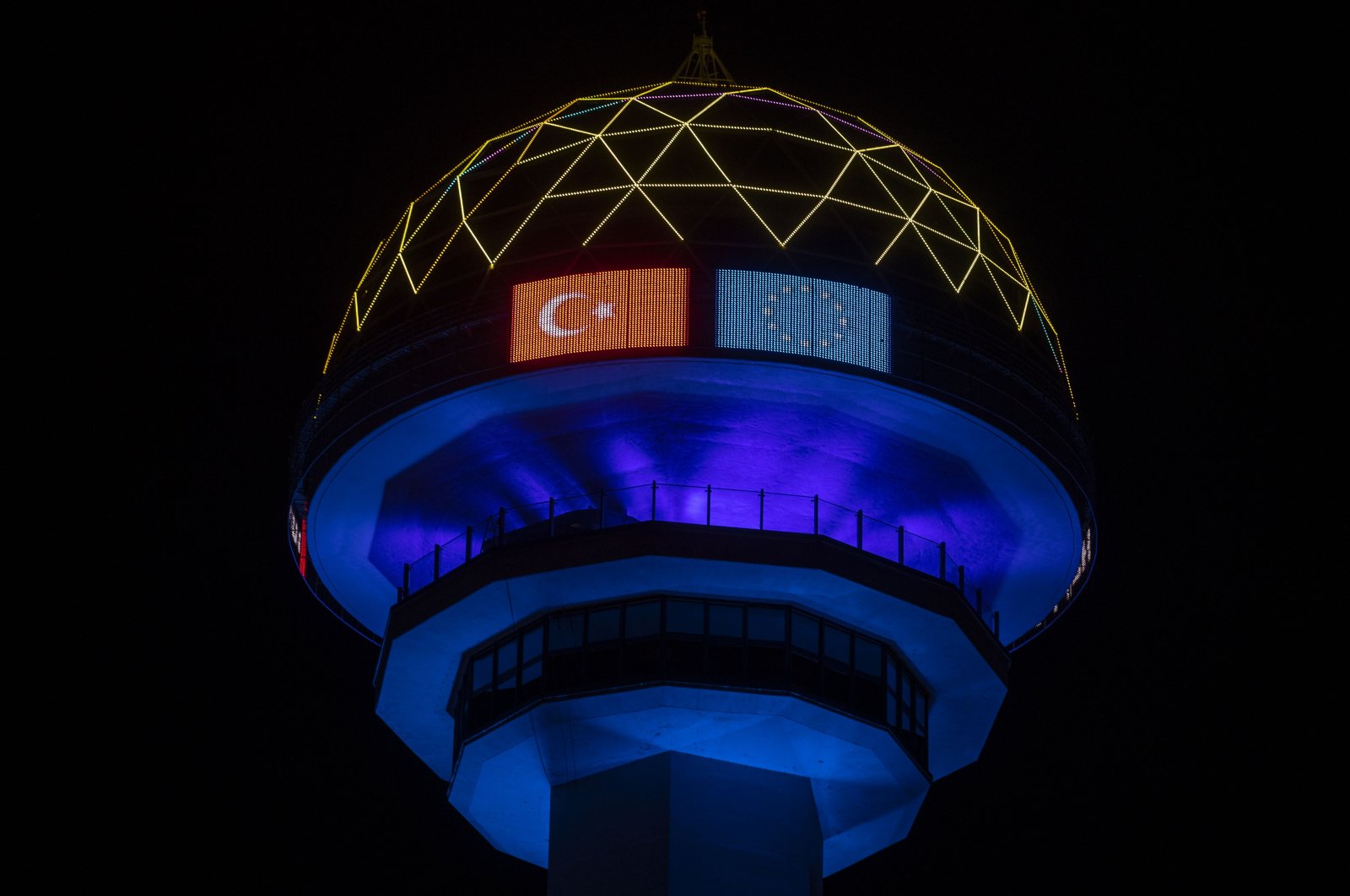 Accelerating Turkey’s membership in the European Union would contribute to the establishment of regional peace and stability, vice president of the ruling Justice and Development Party (AK Party) and head of foreign relations, Efkan Ala said on Monday.

“We experience Europe Day this year in the shadow of the Ukraine war that shook regional and international peace at its roots. Besides challenges such as deepening inequality, irregular migration, the weakening of trust toward institutions and climate change; geopolitical power rivalry and terrorism are threatening our common future,” Ala said in a written statement on the occasion of Europe Day.

Ala further underlined that the lack of effective response to trends such as Islamophobia and xenophobia has cast doubt on the EU values while decreasing trust in European institutions.

Indicating that Turkey has strong institutional ties to the EU and is a key NATO ally, Ala added: "Enhancing Turkey-EU relations, the membership process, and accelerating it will have a great contribution to the establishment of regional peace and stability. It is in the EU's interest to develop cooperation with our country based on mutual trust and focus on common values."

“Despite all kinds of obstacles coming both from within the EU and outside, Turkey is continuing to view EU membership as a strategic goal and will continue to move toward its commitments to EU values,” Ala said.

Turkey-EU relations are marked by disputes on several issues, including tensions in the Eastern Mediterranean, Turkey's role in Syria, the migrant crisis and the stalemate in Turkey's accession process to join the bloc. However, Turkey recently reiterated that it is part of Europe and sees its future in the EU, adding that it will continue to work toward full membership.

Similarly, the Economic Development Foundation (IKV) on Monday emphasized that Turkey reaching the EU's common goals, including security and EU Green Deal, would be a life source to the EU in terms of European integration.

In a written statement, the IKV said that Russia launching an invasion of Ukraine is a direct threat to EU values and EU security, while other issues, among them populism and radical nationalism, further threaten the EU's integrity and effectiveness.

The statement highlighted that Turkey-EU relations and Turkey's EU membership are more essential than ever.

“Although many portray it as a goal of the past, it is obvious that the EU without Turkey is deficient in terms of peace and security. In Turkey’s regard, the fact that the EU goal fell behind in recent years, has led to several problems while slowing down the reform process,” the IKV said.

“It is necessary to bring the target of 'democratic, free, fair, prosperous and green Turkey' for 2030 to the agenda by clinging again to the goal of membership.”

Meanwhile, the head of the EU delegation to Turkey, Nikolaus Meyer-Landrut, during his speech on Europe Day in the capital Ankara said: “I am deeply convinced that Turkey belongs to the European family, because of its history, its geography, its fundamental democratic choice, its economic integration.”

“We all have to work for that. We have intensified our cooperation over the last year in many areas of vital importance, health, climate change, migration, security, trade and agriculture. And I am convinced that we can build on these achievements in the months to come,” the envoy added.

On the same day, President Recep Tayyip Erdoğan issued a message on the occasion of Europe Day, saying: “Turkey’s EU accession process, which the country has maintained with patience and determination despite all obstacles, should be encouraged with a constructive stance.”

Erdoğan noted that Europe Day, which marked the creation of a more unified Europe after the Schuman Declaration of 1950, has been celebrated in Turkey since 1999, as he highlighted the importance of the declaration, saying that it ensured European countries come together following a destructive war for the sake of peace, security, development and prosperity.