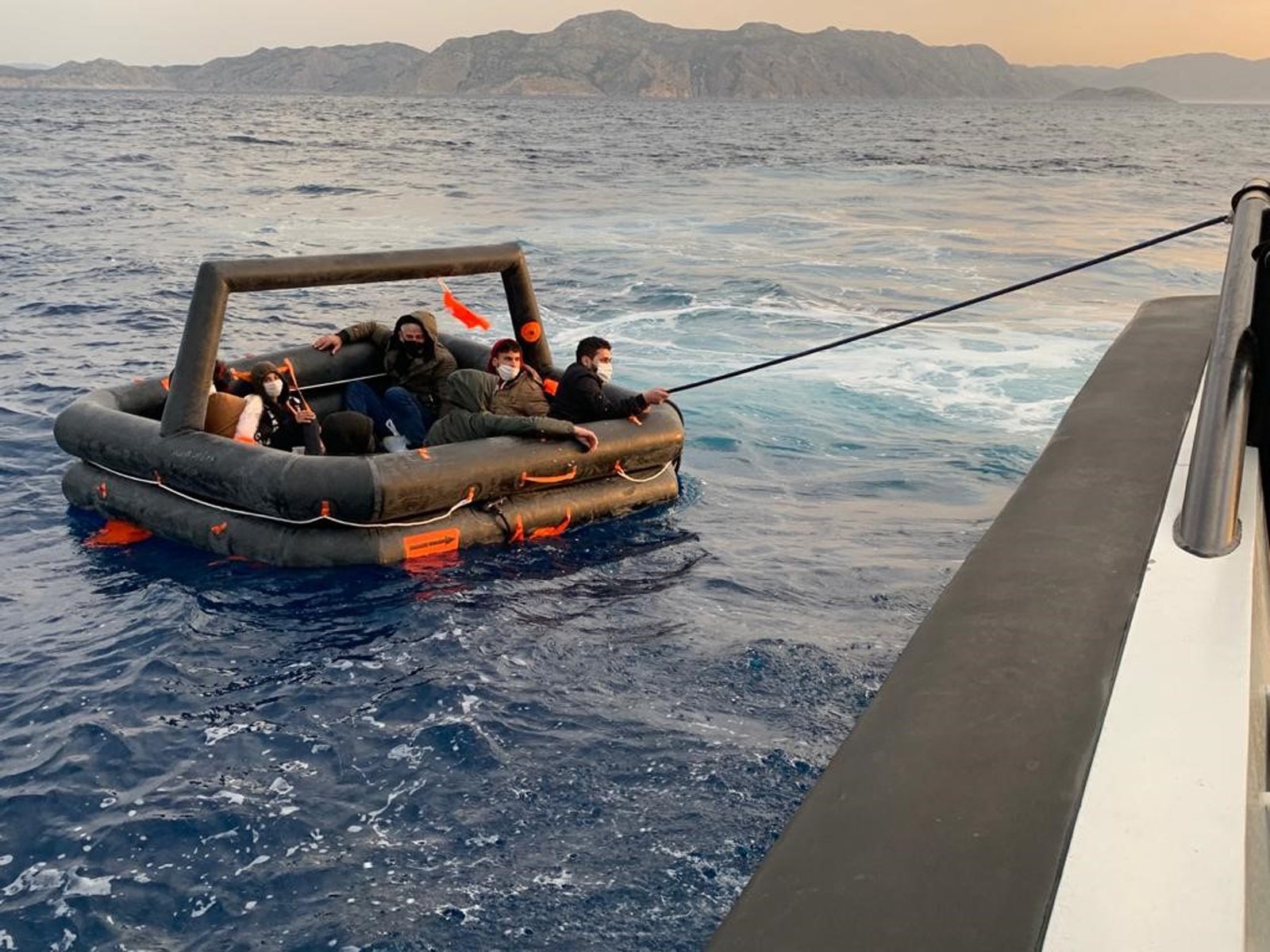 Asylum-seekers pushed back by Greece were saved by the Turkish coast guard off Muğla province's Marmaris district, Turkey, April 27, 2021. (DHA Photo)
by DAILY SABAH
Apr 29, 2021 9:11 am

The Turkish coast guard saved 11 asylum-seekers that were pushed back illegally by Greece into Turkish waters in the Aegean Sea, security sources said Wednesday.

Turkish coast guard units launched a rescue mission after learning that a group of asylum-seekers had been found in a rubber boat off Bodrum in Turkey's western Muğla province, Turkish sources, who asked not to be named due to restrictions on speaking to the media, told Anadolu Agency (AA).

All 11 of them were taken safely to land and then to the provincial migration office, the sources added.

In another rescue effort, the Turkish coast guard units saved five asylum-seekers off Ayvacık district in Çanakkale province who were also pushed back by Greek authorities.

Most recently, the Hellenic Coast Guard attempted to set an asylum-seeker on fire, Interior Minister Süleyman Soylu stated as Athens’ rights violations and attacks on migrants and asylum-seekers continue.

"Greek Law Enfor. Agencies seek to burn people, pouring gasoline on them, which indicates a massacre under the watch of Europe," Soylu said last week on Twitter.