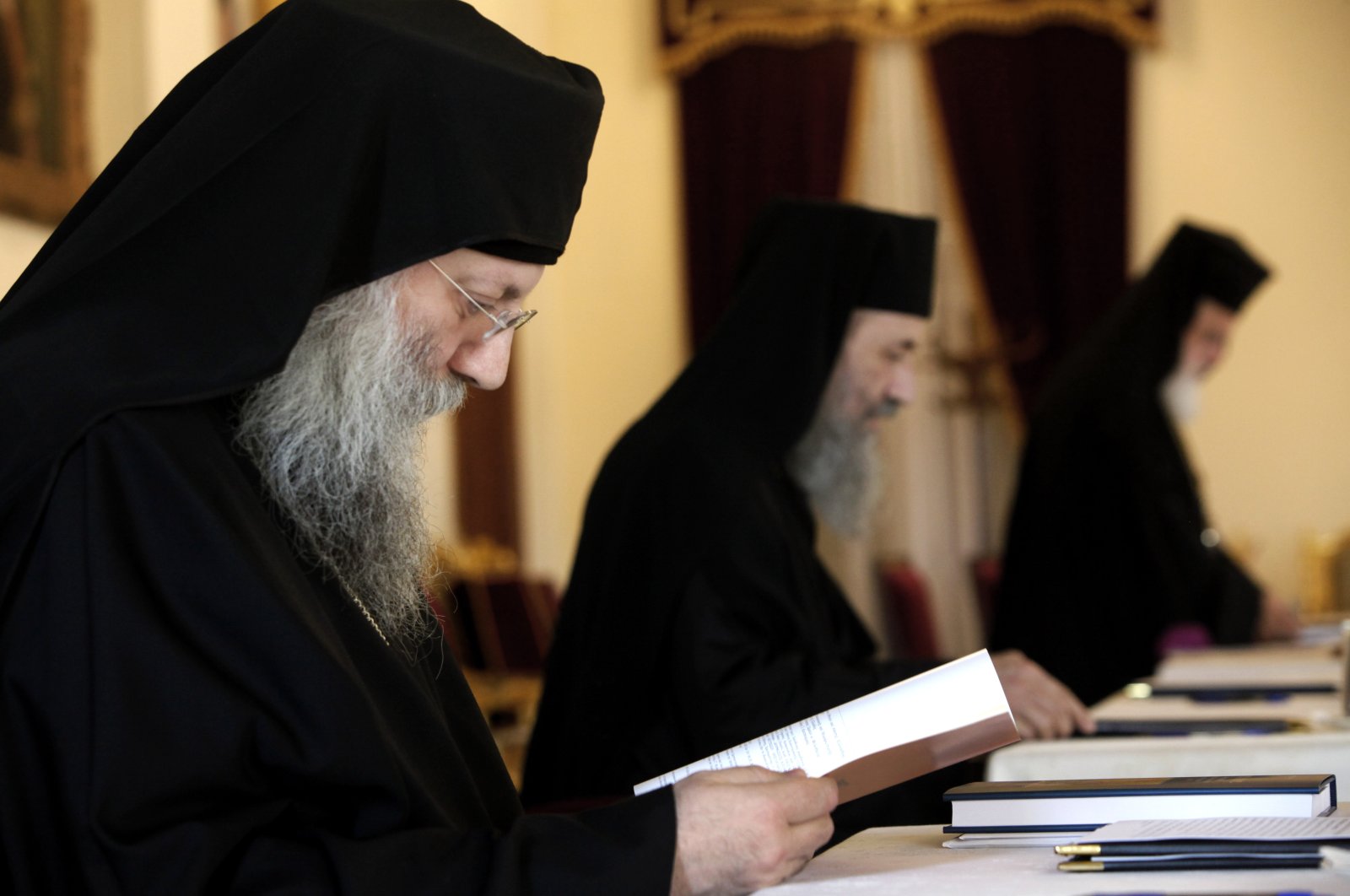 Bishops before the meeting with the Archbishop of Greek Cyprus Chrysostomos II as the Greek Cypriot Catholic church's headquarters in the Nicosia (Lefkoşa), TRNC, Monday, Nov. 23, 2020. (AP File Photo)
by DAILY SABAH Sep 27, 2021 9:36 am
RECOMMENDED

Archbishop Chrysostomos II of Cyprus claimed that Turkish Cypriots cannot be entitled to the same rights as the island's Greek population, a report said Sunday.

Turkish Republic of Northern Cyprus (TRNC) President Ersin Tatar's request that Turkish Cypriots be granted the same rights as Greek Cypriots so negotiations can recommence is unacceptable, the archbishop said.

"This cannot happen," he said, stressing that they cannot be granted rights equal to those of the Greeks, Kathimerini reported.

He also claimed that the TRNC's former President Mustafa Akıncı was more "Cypriot" than the current President Tatar because he did not seek a two-state solution.

"However, we do not have such favorable relations with people who feel Turkish first and Cypriot second because they want a Turkish state in Cyprus," he said.

Tatar has been advocating for a two-state solution on the island as decades of negotiations for a federation have failed to resolve the Cyprus issue, often underlining that there is still no common ground between the TRNC and the Greek Cypriots.