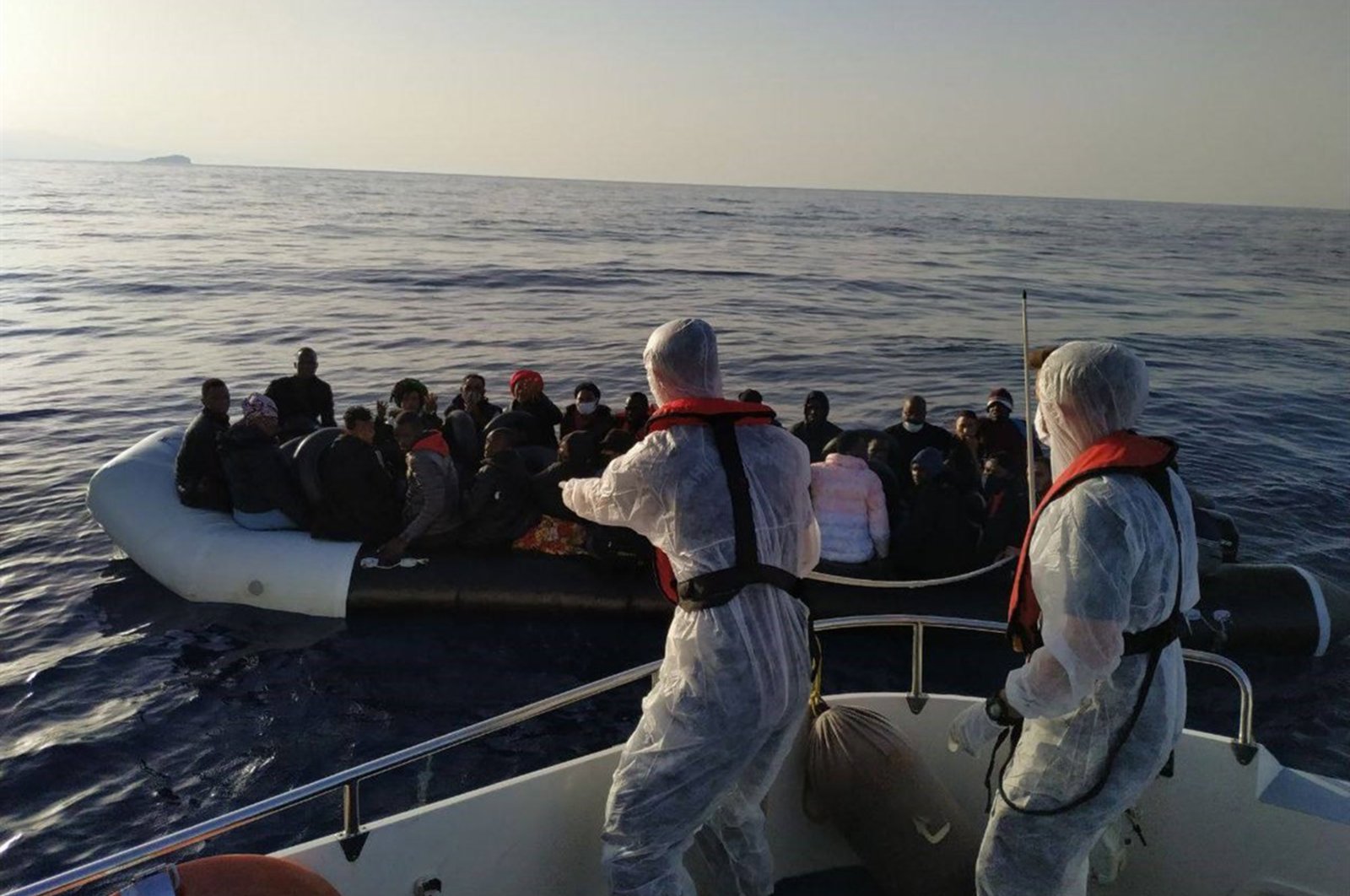 Turkish security forces rescued or held some 352 irregular migrants over a 24-hour period on Monday and Tuesday across a number of provinces in Turkey, as the country continues to be a key transit point for migrants fleeing conflict-ridden countries and aiming to cross into Europe to start new lives.

According to a statement, security units were tipped off that a large group of foreign nationals were at a social establishment located on the highway.

All 101 migrants, who had entered Turkey at different times, were held and two suspected human traffickers were arrested.

In the Belen district of southern Hatay province, at least 28 migrants who were all Syrian nationals and had illegally entered the country were held.

Acting on a tip, security teams stopped three vehicles and identified the migrants, according to local security sources.

While the migrants were sent to the local migration office, legal action was initiated against the three Syrian drivers.

Separately, a Turkish coast guard team was dispatched off the coast of Ayvacık in northwestern Çanakkale province to rescue 25 asylum-seekers.

The asylum-seekers were trying to reach Europe by sailboat, according to a statement by the Coast Guard Command.

Another 43 asylum-seekers, who were pushed back by the Greek coast guard into Turkish territorial waters in the Aegean Sea, were also rescued in Çanakkale.

Four suspects were arrested for alleged human trafficking while the asylum-seekers were sent to the local migration office.

Another group of 25 asylum-seekers was rescued by the Turkish coast guard, who were conducting a routine patrol off the coast of Bodrum in Muğla province.

Additionally, three asylum-seekers that were pushed back by the Greek coast guard into Turkish territorial waters reached Kuşadası in western Aydin province by swimming after a lifeboat did not take them.

A coast guard team learned that the asylum-seekers – all Syrian nationals – were stranded on the shore with no vehicle access. The three were later sent to the local migration office.

Meanwhile, acting on a tip, the Turkish coast guard rescued 10 asylum-seekers from a rubber boat off the coast of Çeşme in western Izmir province, said a source, who asked not to be named due to restrictions on speaking to the media.

Another coast guard team was dispatched off Seferihisar in Izmir province after learning that 41 asylum-seekers were stranded on a rubber boat. They were later taken to the provincial migration office.

Again, 20 more asylum-seekers, who were left in Turkish territorial waters by Greek authorities, were rescued in two life rafts off the coast of Dikili.