Turkish police to help Hungary at borders with Serbia, Romania 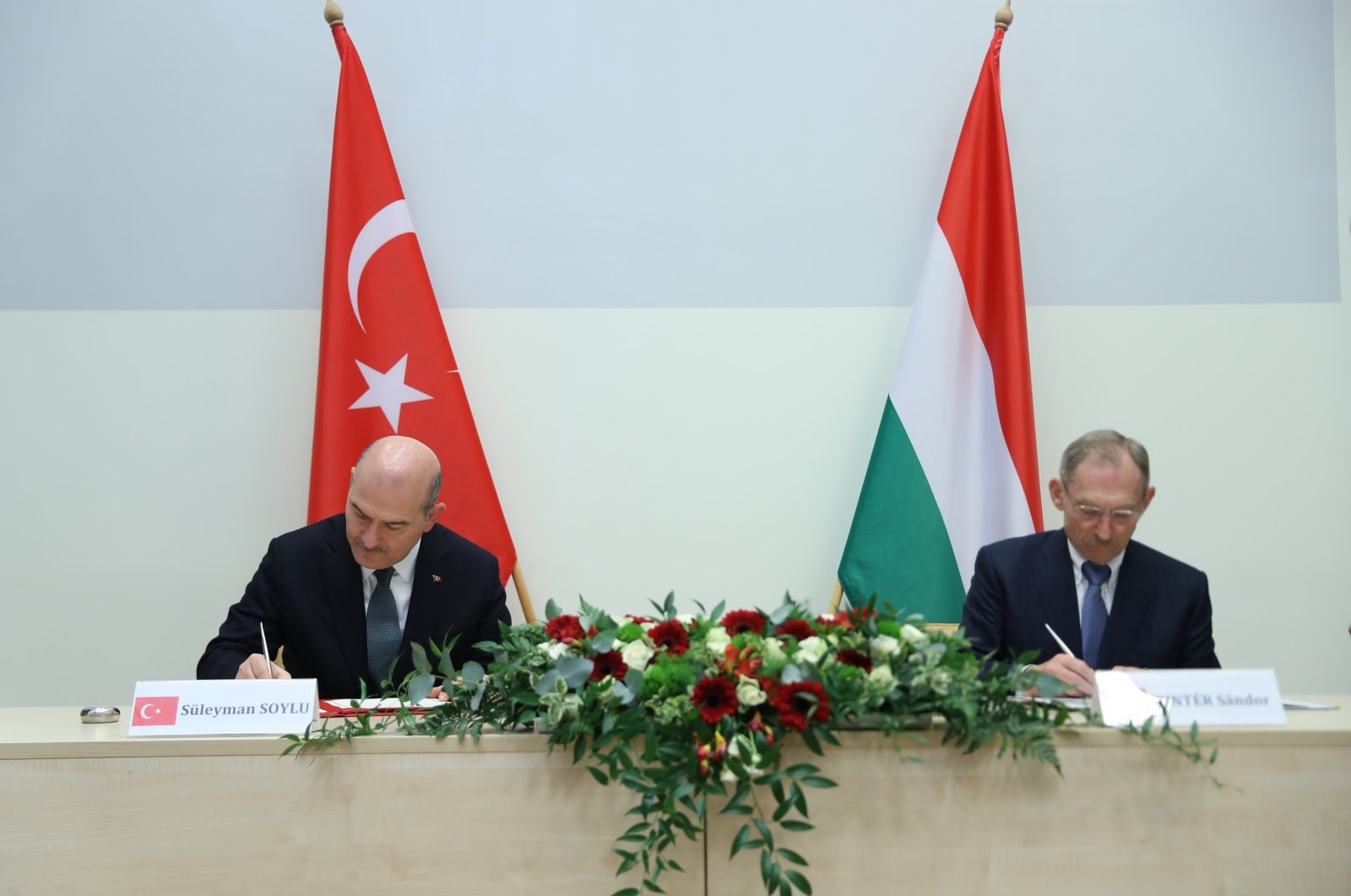 Turkey will deploy 50 police officers in Hungary as part of a protocol signed between the two countries.

The police will be serving as part of the efforts to prevent illegal migration, drug smuggling and cross-border crimes.

Speaking at a joint news conference following the meetings, Soylu said they signed a very important memorandum of understanding (MoU) as part of the agreement reached at the High-Level Strategic Cooperation Council held in the Turkish capital on Nov. 11, attended by President Recep Tayyip Erdoğan and Hungarian Prime Minister Viktor Orban.

Pointing out that the pandemic, migration and energy issues pose problems on a global scale, Soylu said: "In addition to these global problems, there are also regional problems that concern us all. Unfortunately, we face cross-border crimes such as terrorism, (illicit) drugs and global problems like cybercrime."

"One of the most important steps we need to take against them is regional and international cooperation," he added.

Soylu said that the Turkish and Hungarian police will take part in a joint project to combat illegal immigration, drugs and cross-border crimes.

For his part, Pinter, who is also Hungary's deputy prime minister, said, "We are grateful for Turkey's offer and accept it with respect."