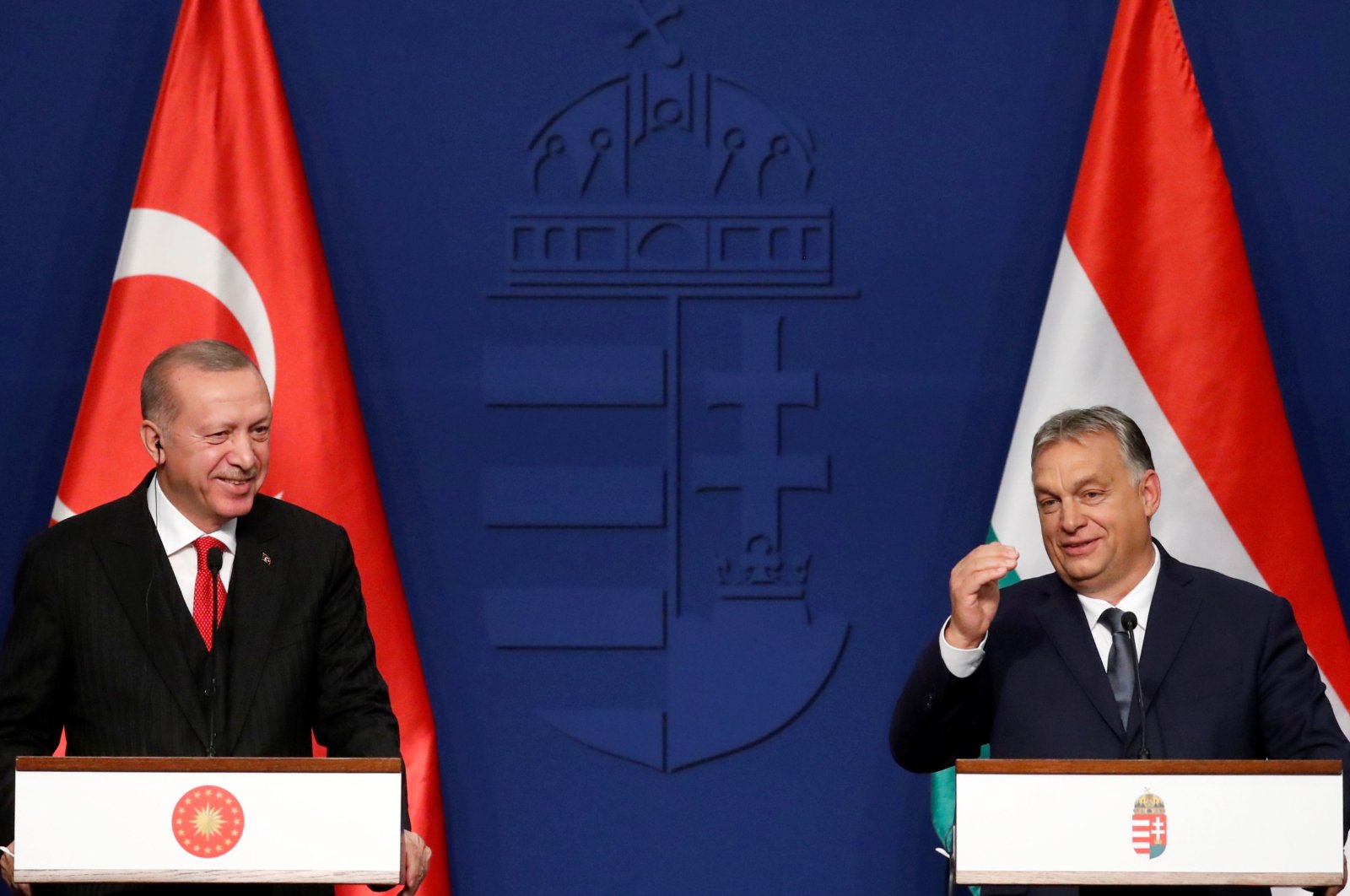 The ambassador and social media sensation, Viktor Matis, underlines how he sees Turkey as his second home and elaborates on how he and his embassy have many projects and plans to build upon the longstanding cooperation between the two countries

Relations between Turkey and Hungary will be busy and they will enhance further, Hungary’s Ambassador to Ankara Viktor Matis stated, highlighting that his embassy is working on many projects and meetings for the near future.

“Politically, the bilateral relations are extremely good,” Matis told Daily Sabah in an exclusive interview, pointing out that even during COVID-19, the contact between the two countries was very strong.

“This year we will have the High-Level Strategic Cooperation Council meeting with the co-chairmanship of President Recep Tayyip Erdoğan and Prime Minister Orban in Turkey. At least half of the Cabinet is expected to come to Turkey for official talks,” Matis added. He elaborated the significance of the forum in which every field of cooperation can be evaluated while new targets can be set.

Furthermore, high-level participation is also expected for the Antalya Diplomacy Forum, the envoy stated, while Hungary will also participate at the highest level of the Turkic Council summit in November.

Matis stated that Hungary is a significant supporter of the council and reiterated that the European Office of the Turkic Council was opened in Hungary in 2019 and that all of its costs were paid for by the country.

Saying that this year will not a boring year for Turkish-Hungarian relations, Matis also touched on economic ties.

“So, we have a very high number of people only working for the Turkish-Hungarian bilateral trade cooperation. It is not only about import and export but also about investment.”

In the field of culture, Matis stated that the Hungarian Culture Institute in Istanbul has been operating since 2014 while there is a Yunus Emre Institute in Budapest. Both of these institutions are working hard to introduce each other’s cultures, he said.

Saying that the pandemic had an influence on the embassy’s activities, Matis stated that efforts are ongoing to further relations with a team that knows the Turkish language, culture and country.

He stated that within this scope, the embassy has prepared a permanent exhibition in Kars that is expected to be opened in May in the Kafkaslar Cephesi Museum about Hungarian generals who were trying to defend the Ottoman Empire against the Russians.

In addition, an exhibition is planned for Istanbul and Ankara about the two nations' common football history, as well as the Hungarian invention Teqball, as the 2020 UEFA European Football Championship will be held in July this year.

Matis stated that the fields of education, tourism and defense are also on the two countries’ agenda.

“With Nurol, there is a very large-scale cooperation on the Ejder Yalçın. We are also aware that in recent years, Turkey’s defense industry has undergone significant developments. This means that any time the Hungarian army will buy something, they will check the Turkish market. We are also talking about possible future cooperation,” he pointed out.

An armored vehicle that was domestically manufactured by a Turkish defense industry firm for combat zones was chosen by Hungary recently, making it the sixth country in the world and the first country in the European Union to choose the vehicle.

Ejder Yalçın is an armored combat vehicle produced by Nurol Makina, an armored vehicle manufacturer of the Turkish defense industry.

“It was eight years ago upon the Hungarian initiative that the V4+Turkey format was created where different levels of meetings can be conducted,” the envoy said.

“I still have an extreme amount of ideas and plans to run.”

Making a name for himself through the Turkish posts he shares on social media, Matis enjoys high popularity as the most followed foreign envoy in Turkey.

“I have posted my first tweet on the day when I started to work as an ambassador in Ankara. And in a very short time there was a huge boom in the number of followers in Turkey – which in the beginning very much surprised me,” the envoy stated on his path to being the nation's most popular foreign ambassador.

“I understood that I have to be active on Twitter, which is the only social media that I am using. The only thing I do is that I try to share most of the basis of the Turkish-Hungarian relations, developments, programs, meetings, actions and whatever is happening in bilateral ties.”

The ambassador said that since he is living in Turkey, he is interested also in softer issues and one example is football.

“Just like in Hungary, in Turkey, everyone is an expert of football and politics.”

“They see the active cooperation between Turkey-Hungarian, not only bilaterally, but on the international fora as well,” he continued.

“This shows there is much more potential in Turkish-Hungarian relations.”

Matis’ primary goal was to get 1,000 followers in the first year and to reach 10,000 at the end of four years. Yet, in about a year he reached almost 10,000 with a boom that followed thereafter.

Speaking on the many years he spent in the country, Matis stated that Turkey has become his second home.

“A big part of my adult life experiences were gained in Turkey,” he said, explaining that he learned the Turkish language, its cuisine and culture gradually while having the chance to meet a large number of people as he worked in different positions in Turkey.

“I had to change my SIM card, there is no more space,” Matis stated, referring to all the contacts he made in Turkey.

On the other side, Matis stated that the years 2014, 2015 and 2016 – when Turkey suffered from several terrorist attacks and a failed coup by the Gülenist Terror Group (FETÖ) – were very difficult while also making one gain experiences.

He reiterated that Hungary was the first to react and condemn the act as a terrorist activity on the morning of July 16. “Other countries actually needed months, some are still silent.”

Matis also touched upon his visits across the country and stated that he had the chance to travel a lot in the last two years before COVID-19 restrictions as an ambassador.

“Tekirdağ is definitely the one that is the closest to the hearts of Hungarians because there is a Hungarian museum there. Izmir has also a lot of memories regarding Hungarians. One of the biggest national heroes has lived in Kütahya. I lived more than a year in Antalya before I became a diplomat. I have been living for eight and a half years in Ankara,” Matis said.

He added that he recently also had the chance to travel a lot to Trabzon, the sister city of Szigetvár in southern Hungary. “In the southeast, I had the chance to visit each city until Midyat, which I loved extraordinarily.”

Matis, who visited around 60 out of 81 provinces, stated that he has a scratch map of Turkey in his office and plans to add more places to visit depending on the pandemic situation.

Still, despite his wide knowledge and experience in the country, Matis underlined that it is not possible to say he knows Turkey. “Anybody who says he knows Turkey is either wrong or is lying. No foreigners can fully understand Turkey.”

He concluded by saying that Turkey provides enormous chances to gain work and life experiences as a diplomat since the country is located in a highly strategic and dynamic region. “The pace of how things are happening and changing is also amazing."