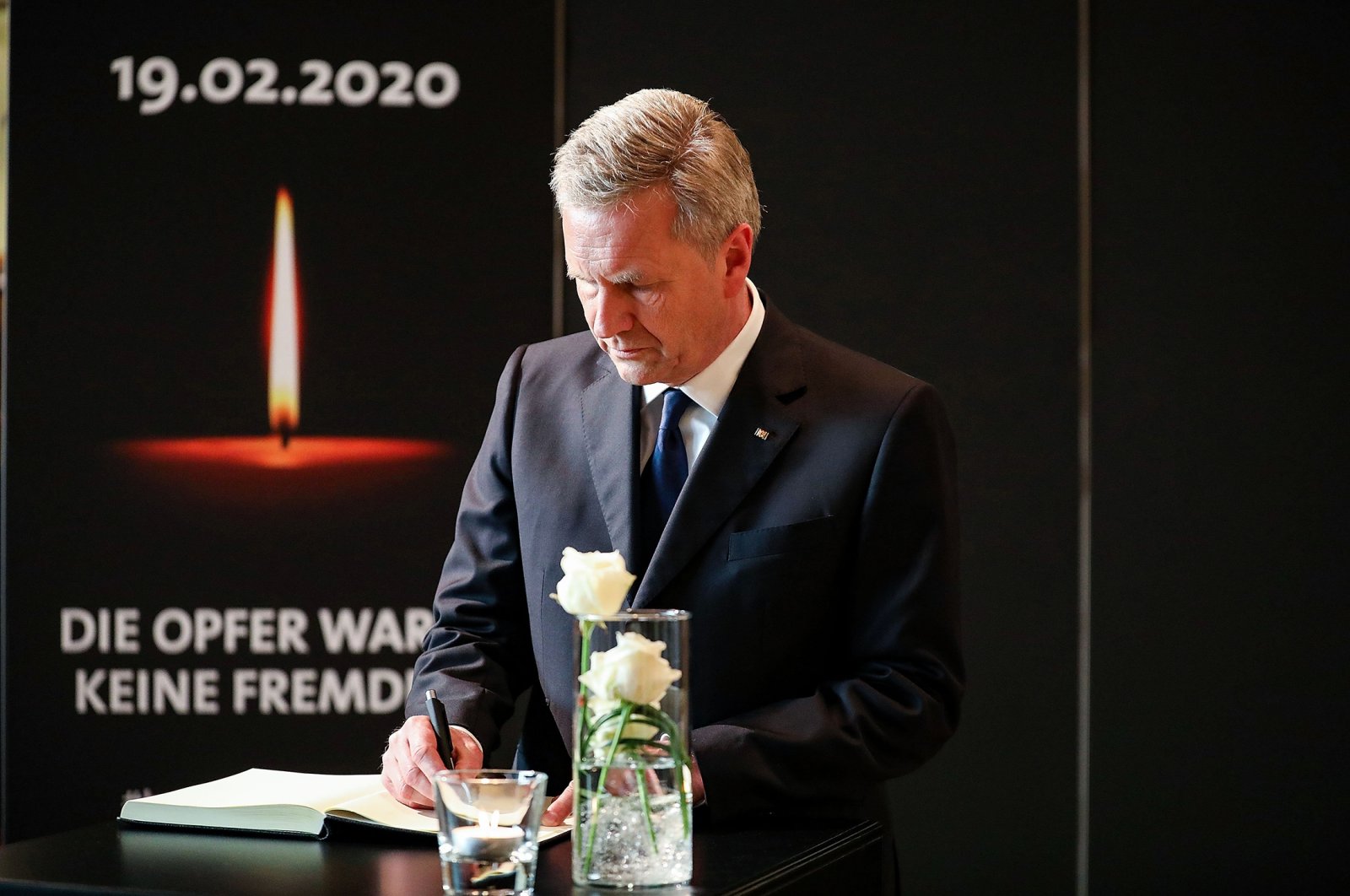 Former German President Christian Wulff during the memorial for the victims of the shooting rampage that killed 11 people in Hanau, Germany, Feb. 4, 2020. (Getty Images)
by DAILY SABAH Sep 15, 2021 12:49 pm
RECOMMENDED

Turkish workers who came to Germany within the scope of the German-Turkish labor recruitment pact are part of the European country's history, former President Christian Wulff said on Tuesday.

Speaking at an event on the anniversary of the agreement struck in 1961, Wulff thanked the Turks who came to Germany and touched on their struggle: “When they came they were literally thrown into cold water. Because they were not given any language or integration course.”

“These people were a chance for our country. They did not only contribute to economic development but also to social and cultural diversity. They are part of our history,” he said.

Wulff also commented on the upcoming elections in Germany and said that the parties in the race do not emphasize in their campaigns the realities that people of migrant origins face.

He stressed that "12.5% of voters in Germany are from migrant origins. As someone who participated in election campaigns in the past, it is incomprehensible for me to ignore 12.5%.”

In 1961, Germany and Turkey signed a “guest worker” deal that saw an influx of Turkish workers to the country. Turks remain the largest diaspora in the European country with a population of about 3 million people.

Germany turned to Italy, Greece, Spain and lastly to Turkey to cover its labor force deficit after World War II and on Oct. 30, 1961, the two countries officially launched a migration scheme. Turks from all across the country flocked to Germany to work in factories and a “family reunion” scheme in 1973 allowed them to relocate their families too. These people and their descendants now have German citizenship.

Yet, endemic xenophobia against Turks lingers in the country where the Turkish diaspora has vastly contributed to the economy first as workers and in later years, as business owners. Turks were described as “Auslander,” or foreigner, and then "menschen mit migrationshintergrund," or people of immigrant background.

However, in recent years, descendants of “Gastarbeiter" (guest workers) have been making a name for themselves in an array of fields from politics to sports and science.