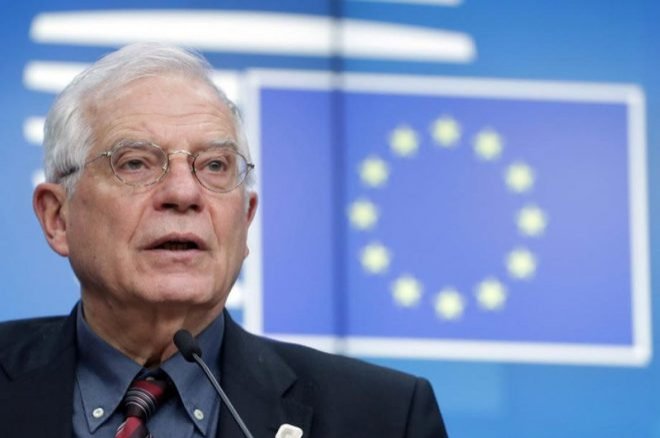 The European Union is ready to impose stricter sanctions on high-level Syrian regime officials and scientists who were involved in using chemical weapons against civilians, the EU's foreign policy chief said Thursday.

The Organisation for the Prohibition of Chemical Weapons (OPCW) on Wednesday published a report on the use of chemical weapons in Syria.

The OPCW's Investigation and Identification Team concluded that the Syrian regime's air forces dropped aerial bombs containing sarin on the eastern Syrian town of Ltamenah on March 24 and 30, 2017, as well as a cylinder filled with chlorine on the town's hospital on March 25, 2017.

The three attacks affected at least 106 people and they could only have been carried out "on the basis of orders from the higher authorities of the Syrian Arab Republic military command," the report stated.

Josep Borrell, the head of EU foreign policy, welcomed the release of the document.

"The European Union strongly condemns the use of chemical weapons by the Syrian Arab Air Force as concluded by the report," Borrell said. He reminded that those identified as perpetrators of these "horrible attacks" need to be held accountable since the use of chemical weapons is "a violation of international law and can amount to the most serious of international crimes – war crimes and crimes against humanity."

Syria has been in a civil war since early 2011 when the Bashar Assad regime cracked down on pro-democracy protests. Hundreds of thousands of people have been killed, and more than 10 million others have been displaced in the past nine years, according to U.N. officials.