Every other right-wing extremist crime unsolved in southwest Germany 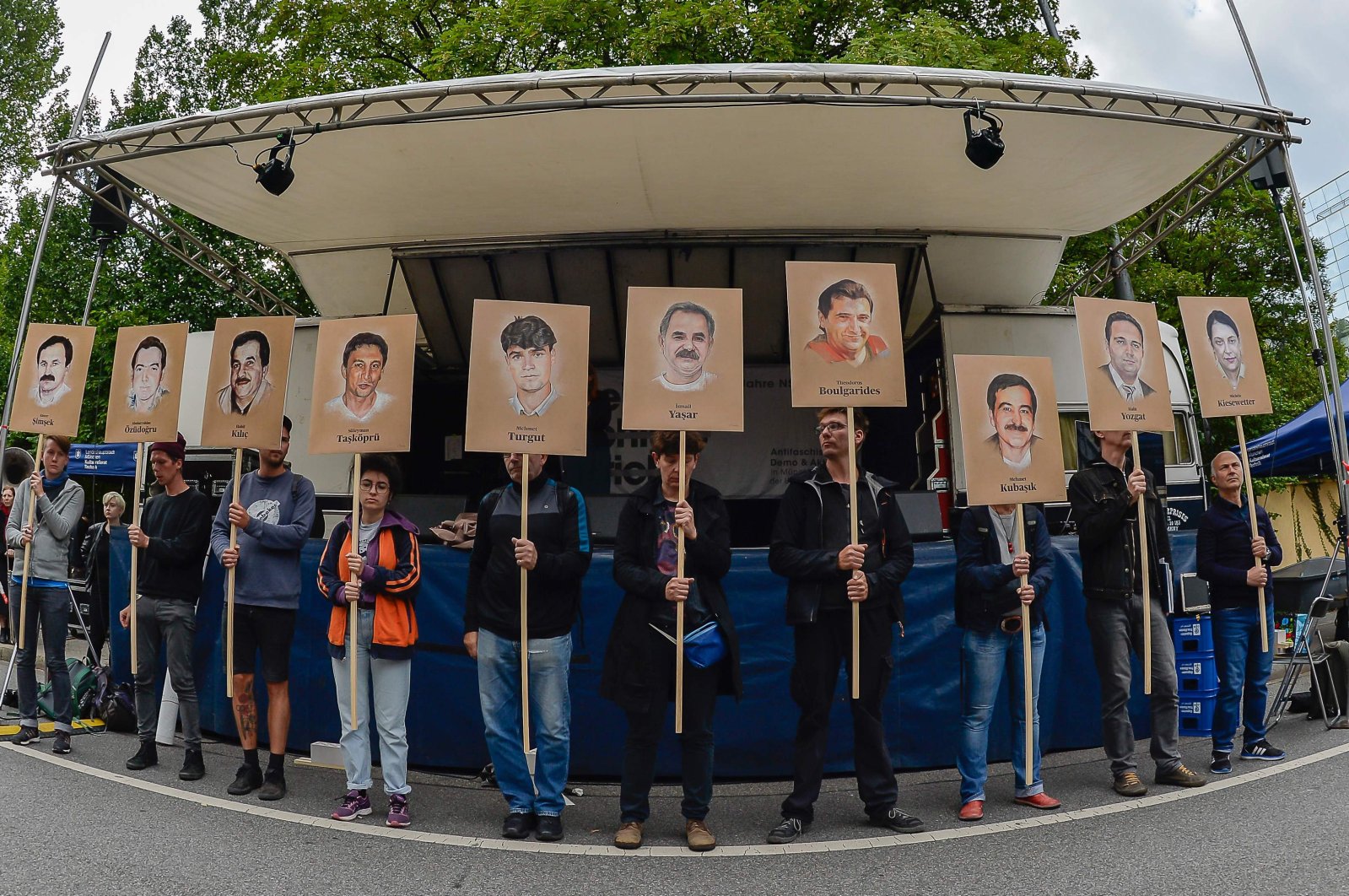 Protesters hold up signs with pictures of the victims of the neo-Nazi cell National Socialist Underground (NSU) before the proclamation of the sentence in the trial against Beate Zschaepe, the only surviving member of the NSU behind a string of racist murders, in Munich, Germany, July 11, 2018. (AFP Photo)
by Daily Sabah with DPA Apr 14, 2020 9:59 am
RECOMMENDED

The police in Germany’s southwest solve more right-extremist crime but cannot solve every other case, according to Interior Ministry data shown to dpa.

The police recorded an almost 10% rise in right-wing motivated crimes last year – from 1451 in 2018 to 1596 in 2019. Many of these crimes are so-called propaganda offenses such as smearing on swastikas, said a spokesman for the Interior Ministry. It is essential to note that the crime statistics only include crimes registered by the police – many cases remain unreported.

In the state of Baden-Württemberg, there were 10 politically motivated crimes again asylum centers in 2019. Seven of these were identified as right-wing acts.

The solving rate for right-wing extremist violent crimes, of which there were 40 in the previous year, was significantly higher, at 77.5%. The primary goal is to prevent an attack in Baden-Württemberg – regardless of the motive, the Interior Ministry said.

Most of the unsolved crimes are the ones that have a generally low solving rate such as crimes involving damages on properties.

Ralf Kusterer, police chief of the state, considers the prioritization of right-wing crimes to be the right thing to do. “It is good that we are more active in times of right-wing tendencies like these,” he said. “We can’t be at ease with this. The police must do its best to solve such crimes with great commitment – even if it is only to counter the accusation of being blind on the right eye."