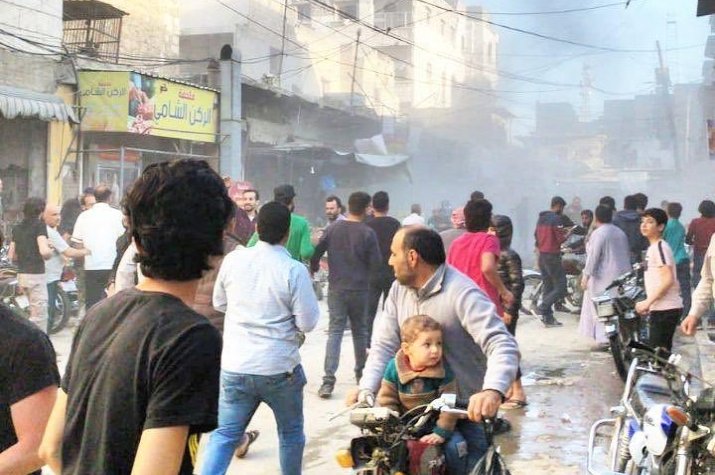 Two people were injured late Saturday after a car bomb exploded in northern Syria’s Jarablus. The YPG/PKK terror group is suspected of setting the bomb, according to local sources.

The explosion took place in an area that had earlier been cleared of terror elements following Turkey's Operation Euphrates Shield.

Turkey has launched four successful anti-terror operations, Euphrates Shield in 2016, Olive Branch in 2018, Peace Spring in 2019 and Spring Shield this year, across its border in northern Syria to prevent the formation of a terror corridor and enable peaceful settlement by locals.

The blast caused property damage to the district center. Security sources argue the terror group might be behind the attack because it regularly targets the Azaz, Jarablus and Afrin regions of Syria.

Jarablus was liberated from Daesh terrorists by Turkey's Operation Euphrates Shield in September 2016. The operation, which concluded in March 2017, was meant to clear terrorists from areas of Syria that border Turkey.