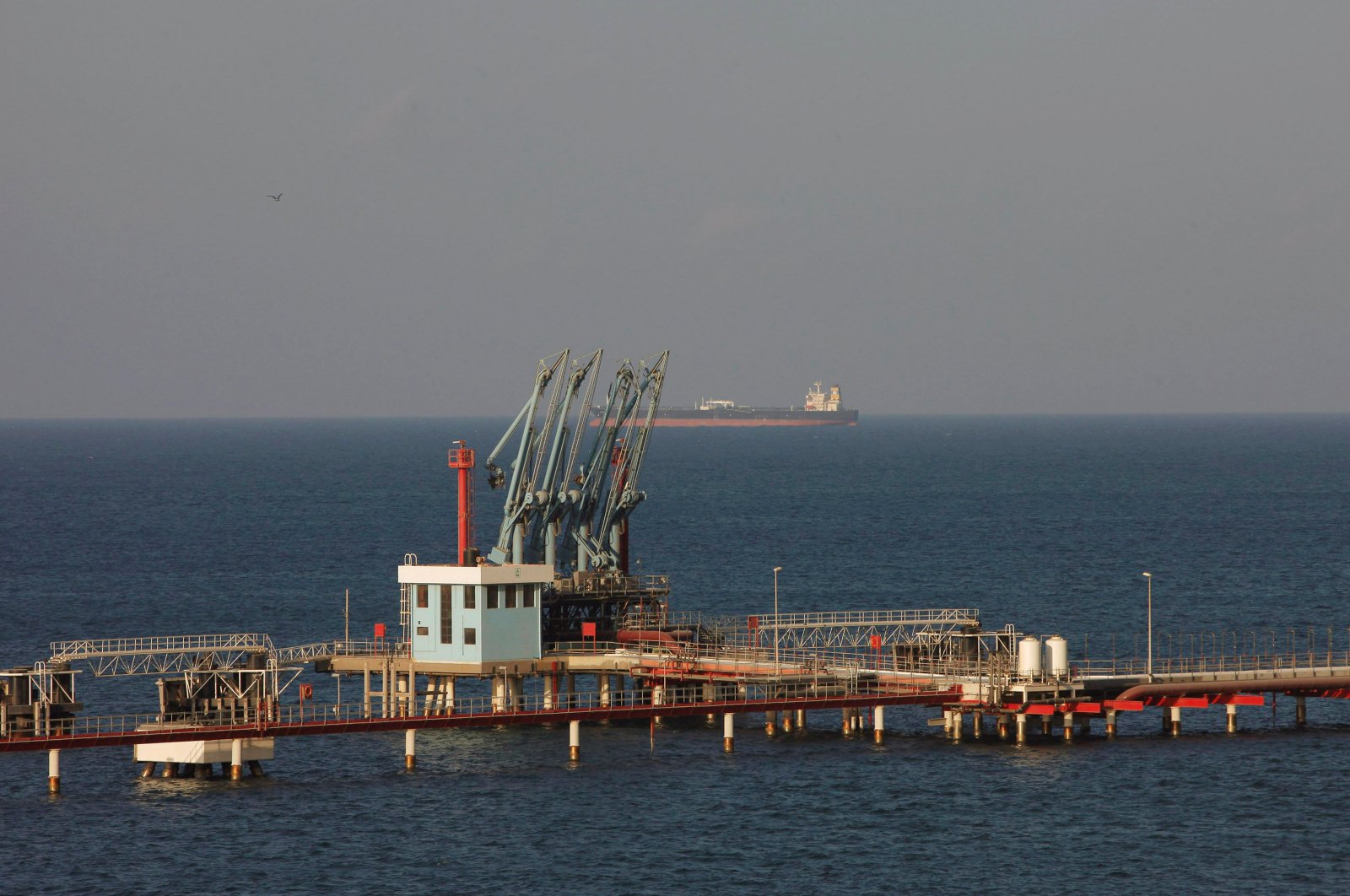 A view of pipelines and a loading berth of the Marsa al Hariga oil port in the city of Tobruk, east of Tripoli, Libya, August 20, 2013. (Reuters Photo)
by DAILY SABAH WITH AGENCIES May 29, 2020 12:50 pm
RECOMMENDED

A French navy frigate blocked a tanker belonging to the United Arab Emirates (UAE) due to the violation of a weapons embargo on Libya, while the tanker was on its way to load refined petroleum products from an eastern Libyan port controlled by the forces loyal to putschist Gen. Khalifa Haftar.

As four Western diplomats told Bloomberg on Thursday, the French frigate prevented the ship from reaching its destination on May 22 and leaving it loitering offshore for almost a week.

It is known that the UAE illegally benefits from the conflict-ravaged country’s oil reserves in order to provide financial resources to illegitimate Haftar forces, which have been conducting an assault against the internationally recognized legitimate Government of National Accord (GNA).

Libya has been in turmoil since 2011 when a civil war toppled longtime dictator Moammar Gadhafi, who was later killed. The country has since split between rival administrations in the east and the west, each backed by armed groups. Haftar has been supported by the UAE, Russia and Egypt, while the U.N.-recognized Tripoli government is primarily supported on the ground by Turkey.

Last year, eastern-based forces under military commander Haftar launched an offensive trying to take capital Tripoli. The war took a turning point over the last month when Turkey’s military support forced Haftar’s forces and hundreds of Russian mercenaries to withdraw from much of the territory they had seized since starting their offensive in April of last year. The U.S. said earlier this week that Russia has sent 14 fighter jets to support Haftar, in a sign of more direct Russian involvement in a conflict that has killed at least 2,000 people.

On April 1, the European Union has launched its naval mission Operation Irini to block the flow of arms to Libya by sea. As part of the operation, the French Cassard class frigate Jean-Bart has been patrolling the Eastern Mediterranean to look for arms shipments, backed up by aerial and satellite surveillance in order to enforce the weapons embargo on Libya and block illicit oil sales that could finance the warring parties in that country’s conflict.

The Jean-Bart approached the Jal Laxmi tanker on May 22 after Irini received information that it was headed to the port of Tobruk, as part of a sale of refined products to a company registered in the UAE, the diplomats said. The tanker did not continue on its voyage but remains in the area, they added.

Haftar controls most of the country’s oil fields. His forces seized large export terminals and choked off major pipelines in January, aiming to starve the Tripoli-based government of crucial revenues.

“All areas of life, the national infrastructure and all Libyans, including men, women and children, are affected by this heavy loss. This will add to their suffering,” said Mustafa Sanalla, head of the NOC.

He called for lifting the closure, saying if the corporation resumes production, Libya “may be able to stop the collapse of its economy.”