'Ghost town' Varosha in Turkish Cyprus to open after 46 years 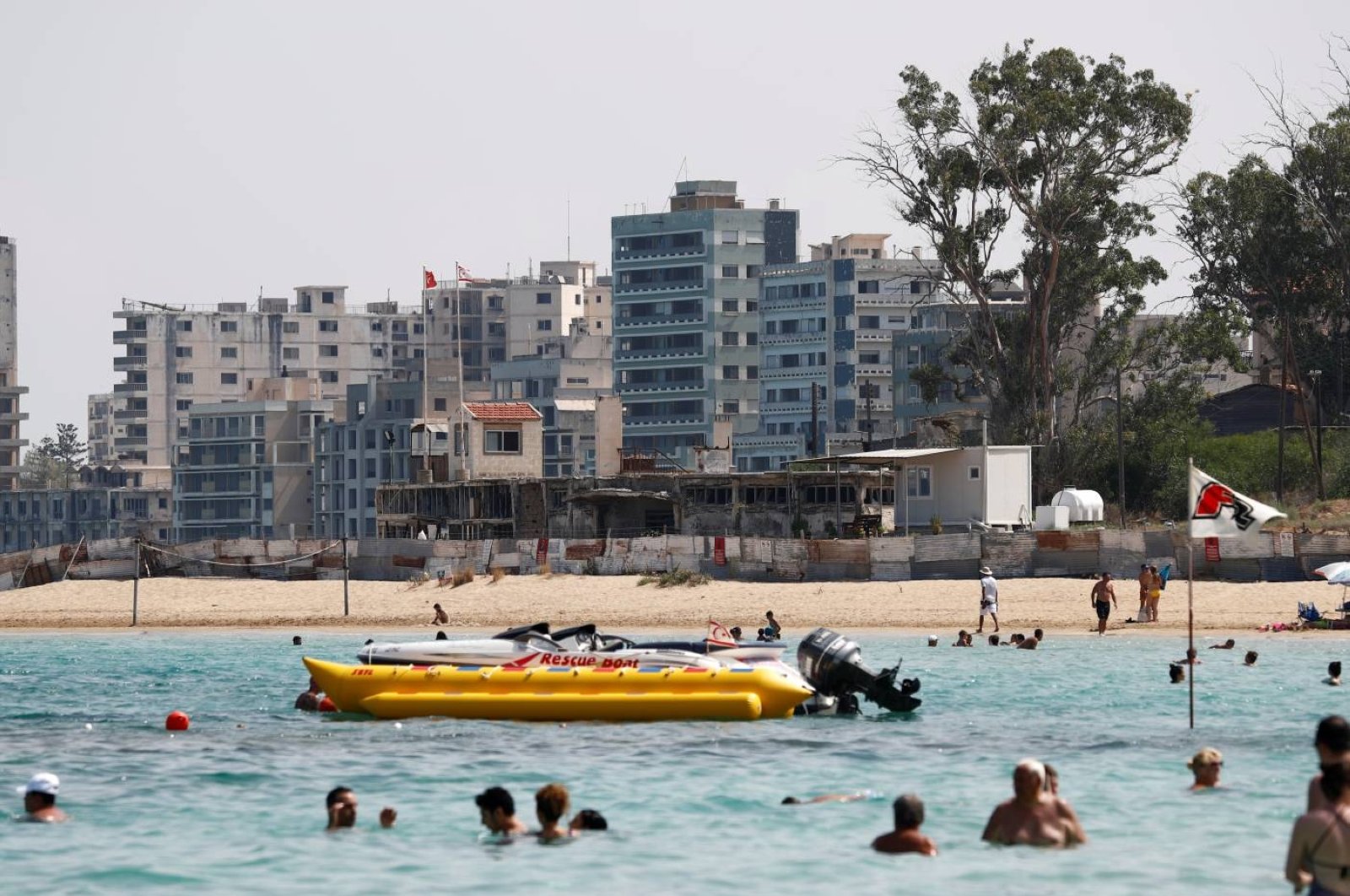 Turkish Cypriot Prime Minister Ersin Tatar said Tuesday that beaches in the long-abandoned town of Varosha (Maraş) in the northern part of Cyprus will open Thursday.

"We see the Varosha issue as a national cause, which is above politics," Tatar said, speaking at a joint press conference with President Recep Tayyip Erdoğan at the Presidential Complex in Ankara.

"It is a fact that Varosha is a territory of the Turkish Republic of Northern Cyprus (TRNC). We support the TRNC's move to open up the beach of Varosha to use by Cypriots," the Turkish president said.

The officials met in the Turkish capital for the inauguration ceremony of the Turkey-Northern Cyprus water pipeline following the completed repair work.

Varosha was a famous resort region in Cyprus which boasted a capacity of 10,000 beds across more than 100 hotels, however, it has been closed since 1974.

The city is protected by a 1984 United Nations Security Council resolution stating that the empty town can only be resettled by its original inhabitants.

If the Greek Cypriots had accepted the 2004 U.N. Cyprus reunification plan, the Annan Plan, Varosha would now be back under Greek Cypriot control and the residents back in their homes.

If the Greek and Turkish sides reach an agreement, Greek Cypriots will gain access to Varosha as well as Turkish ports and airports, and Turkish Cypriots will be able to engage in direct trade via the Gazimağosa (Famagusta) port.