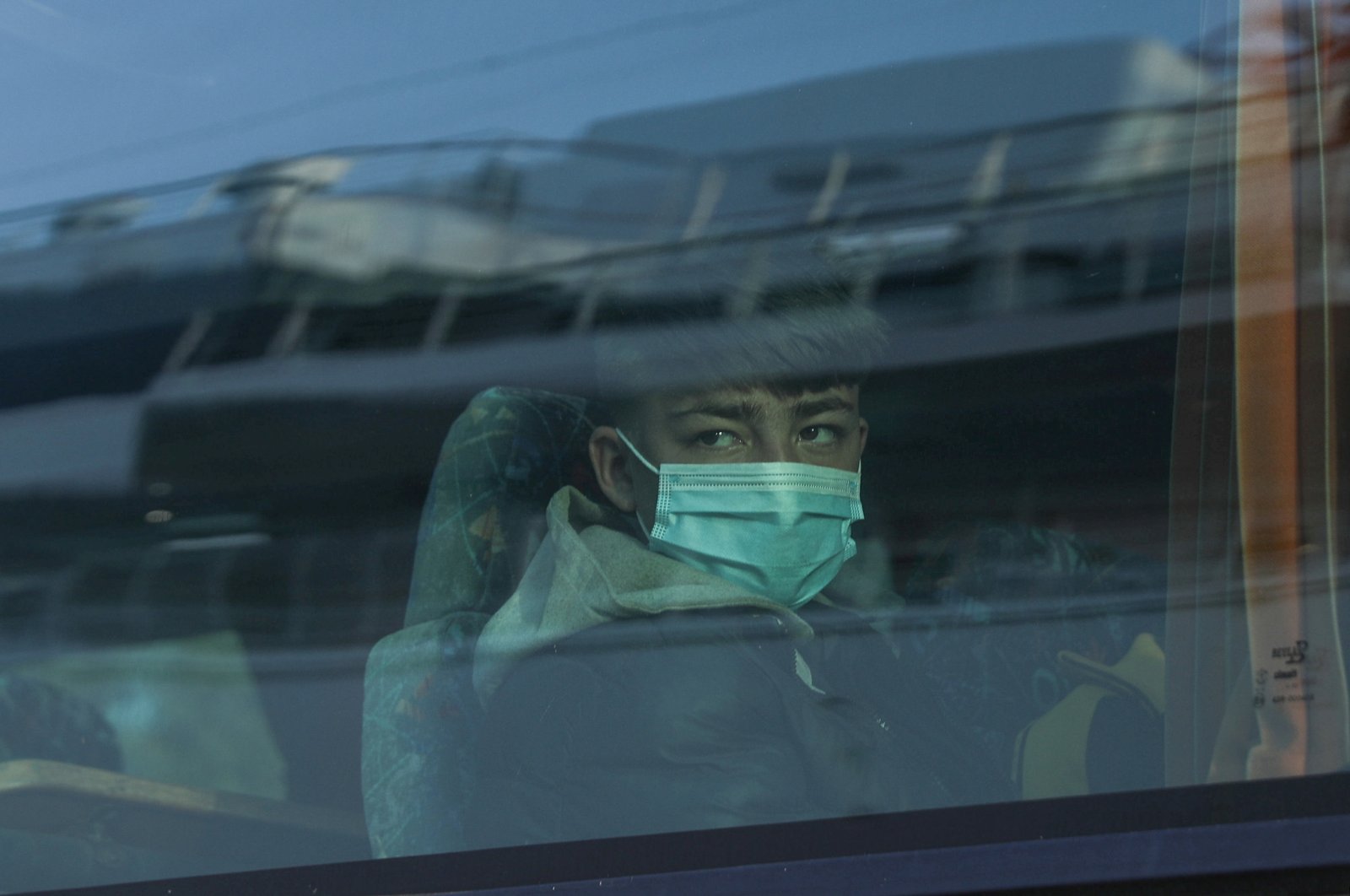 An unaccompanied child from an overcrowded migrant camp who will be transferred to either Germany or Luxembourg wears a protective face mask as a precaution against the spread of coronavirus disease (COVID-19) as he boards a bus at the port of Piraeus, Greece, April 15, 2020. (Reuters Photo)
by reuters Apr 15, 2020 2:06 pm
Edited By Nurbanu Tanrıkulu Kızıl
RECOMMENDED

Greece transferred a dozen unaccompanied children from overcrowded migrant camps to Luxembourg on Wednesday, the first of more than 1,000 relocations that are being expedited amid concerns over the impact of coronavirus on vulnerable groups.

Another group of 50 children is expected to fly from Athens to Germany on Saturday, and 20 more will head to Switzerland at a later date. Greece hopes to relocate some 1,600 unaccompanied minors in the coming months.

At least 5,200 migrant children from Syria, Afghanistan, Iraq and African countries currently live in Greece, many of them under harsh conditions in camps on islands in the Aegean Sea.

Deputy Migration Minister Giorgos Koumoutsakos said that although the number of children was small, it sent a strong message for others to follow the example set by Luxembourg.

Greece, he said, is having to bear a disproportionate share of the refugee burden.

"Greece faces a crisis within a crisis; migration and the pandemic together," he told state broadcaster ERT. "The combination makes an already difficult situation even more so, and more complex."

Having imposed a lockdown early on, Greece has weathered the coronavirus pandemic relatively well compared to many other European countries, with 2,170 confirmed cases and 101 deaths to date.

But its economy, which had been emerging from a decadelong recession following a debt crisis, is expected to suffer badly from a collapse in tourism bookings.

Human Rights Watch, an advocacy group, called on Greece this week to release all unaccompanied minors, saying their detention in overcrowded camps or in police cells heightened the risk of them contracting COVID-19.

Hundreds of thousands of migrants and refugees fleeing conflicts and poverty in their countries used Greece as a springboard toward other European countries in 2015 and 2016 when a European Union-brokered accord with Turkey all but halted the flow.

Turkey now hosts about 3.4 million refugees and migrants, while Greece has about 120,000 who are waiting for asylum applications to be processed. Many of them are in overcrowded camps on five islands in the Aegean Sea, where aid groups say living conditions are dire.

About a dozen European nations have expressed a willingness to take in a number of them on a voluntary basis, including Italy, Finland, Serbia, Ireland and Portugal, Greek officials say.