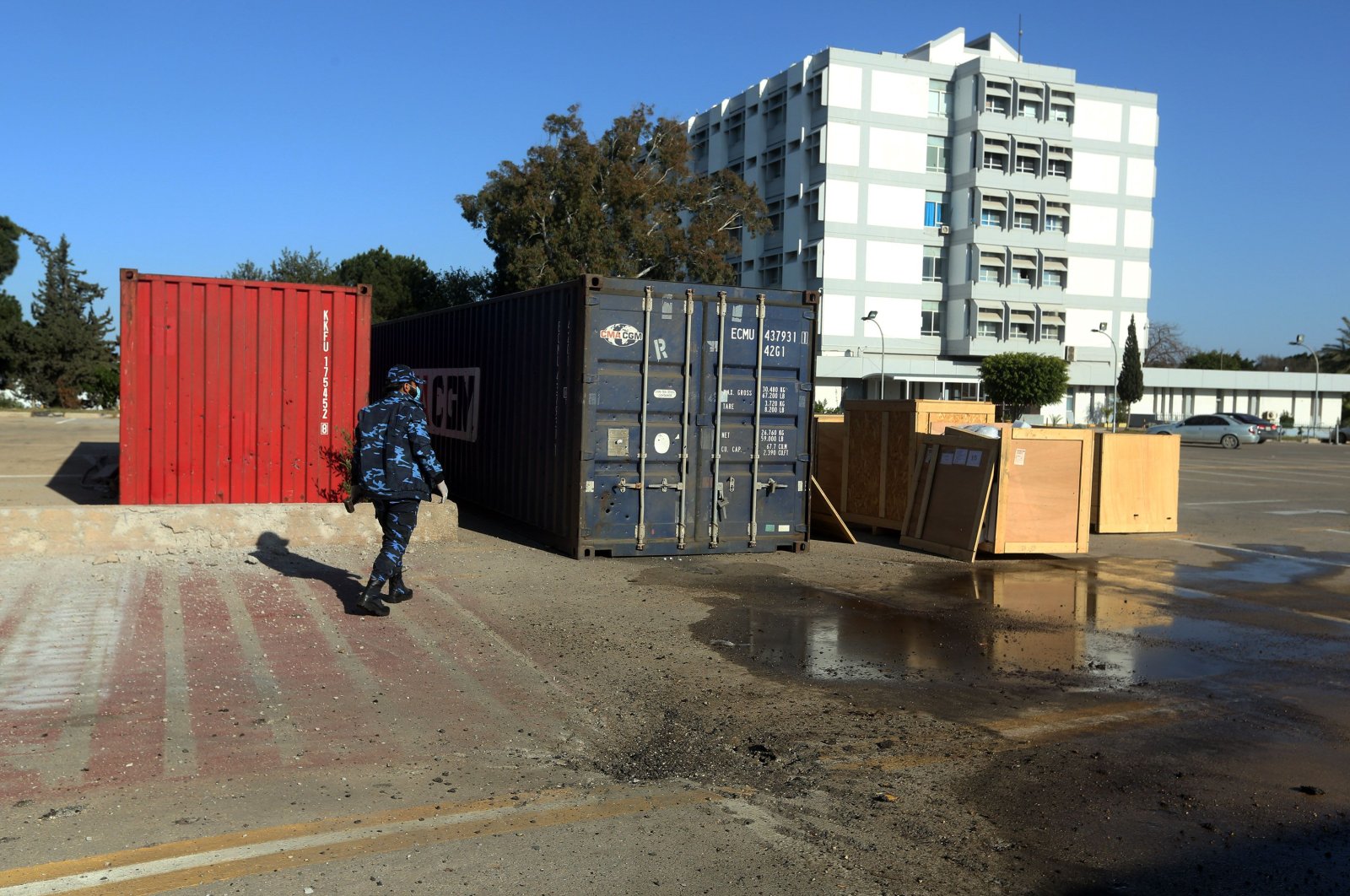 Forces loyal to putschist Gen. Khalifa Haftar attacked Tripoli's coronavirus hospital for the 3rd consecutive time despite multiple warnings and calls for a cease-fire by the U.N. in order to focus on battling the coronavirus outbreak

Forces loyal to putschist Gen. Khalifa Haftar on Thursday attacked a hospital dedicated to the treatment of COVID-19 patients in the Libyan capital of Tripoli. The attack is the third to have targeted the hospital in the last four days.

According to a written statement from the Health Ministry of the U.N.-recognized Government of National Accord (GNA), Haftar's militias attacked Al-Khadra Hospital’s medicine depots using BM-21 "Grad" missiles. The statement added that though no casualties were reported, a fire broke out following the attack, which was put out by teams on the ground.

Furthermore, Haftar militias killed one civilian and injured six others in a rocket attack carried out in the eastern part of Tripoli Thursday, according to officials overseeing the GNA's Burkan al-Ghadab ("Volcano of Rage") operation.

The attacks by forces loyal to Haftar on vital medical facilities needed to fight the coronavirus pandemic have continued for days. On Monday and Tuesday, a barrage of rockets was fired at Tripoli’s Al-Khadra Hospital, where over 300 patients were being treated, including two for COVID-19 and many for shrapnel wounds and burns from bombs. A medical worker was wounded and many patients were evacuated due to the incident. Three civilians were also wounded as shells crashed into cars and houses in the surrounding neighborhood of Abu Salim during the first day of attacks on the hospital.

In recent weeks, forces under the command of Haftar have escalated their yearlong siege on the capital, despite appeals for a cease-fire so authorities can focus their resources on the pandemic. The 400-bed Al-Khadra Hospital was one of a number of potential COVID-19-assigned health facilities.

The Libyan coast guard rescued 280 migrants in distress in the Mediterranean Sea on Thursday and diverted them to the shores of the North African country, only to have them barred from disembarking, the U.N. migration agency said.

The migrants, hungry and exhausted after 72 hours at sea, remained stuck on a crowded coast guard ship overnight after being denied entry to the capital, Tripoli. Heavy bombardment of the port area prevented them from stepping on land.

The International Organization for Migration (IOM) in January cited that the main reason behind this increase in departures was the escalation in hostilities in and around the capital and the deteriorating humanitarian situation.

The Human Rights Watch, on the other hand, said Thursday in a written statement that European governments’ move to close their ports to people rescued at sea puts lives at risk and cannot be justified on public health grounds. The imperative to protect the right to health in a pandemic can be met without blocking life-saving rescues, it said.

"Recent and unfolding events in the Mediterranean Sea raise serious concerns that EU countries will use the COVID-19 pandemic as an excuse to evade their responsibilities under international law to respond to boats in distress at sea, enact or coordinate rescue operations within their search and rescue areas and ensure timely disembarkation in a safe port," the watch underlined.

Accordingly, it was stated that the Italian government, in particular, issued a formal decree on April 7, 2020, declaring its ports “unsafe” for disembarkation of people rescued at sea “for the duration of the national public health emergency.”

Italy’s move came as the Alan Kurdi, a rescue ship operated by the German nongovernmental organization Sea-Eye, is in Italian waters with 150 people on board following two rescues in international waters off the Libyan coast on April 6. Italy should scrap the decree and immediately assign the Alan Kurdi a safe port, Human Rights Watch said.