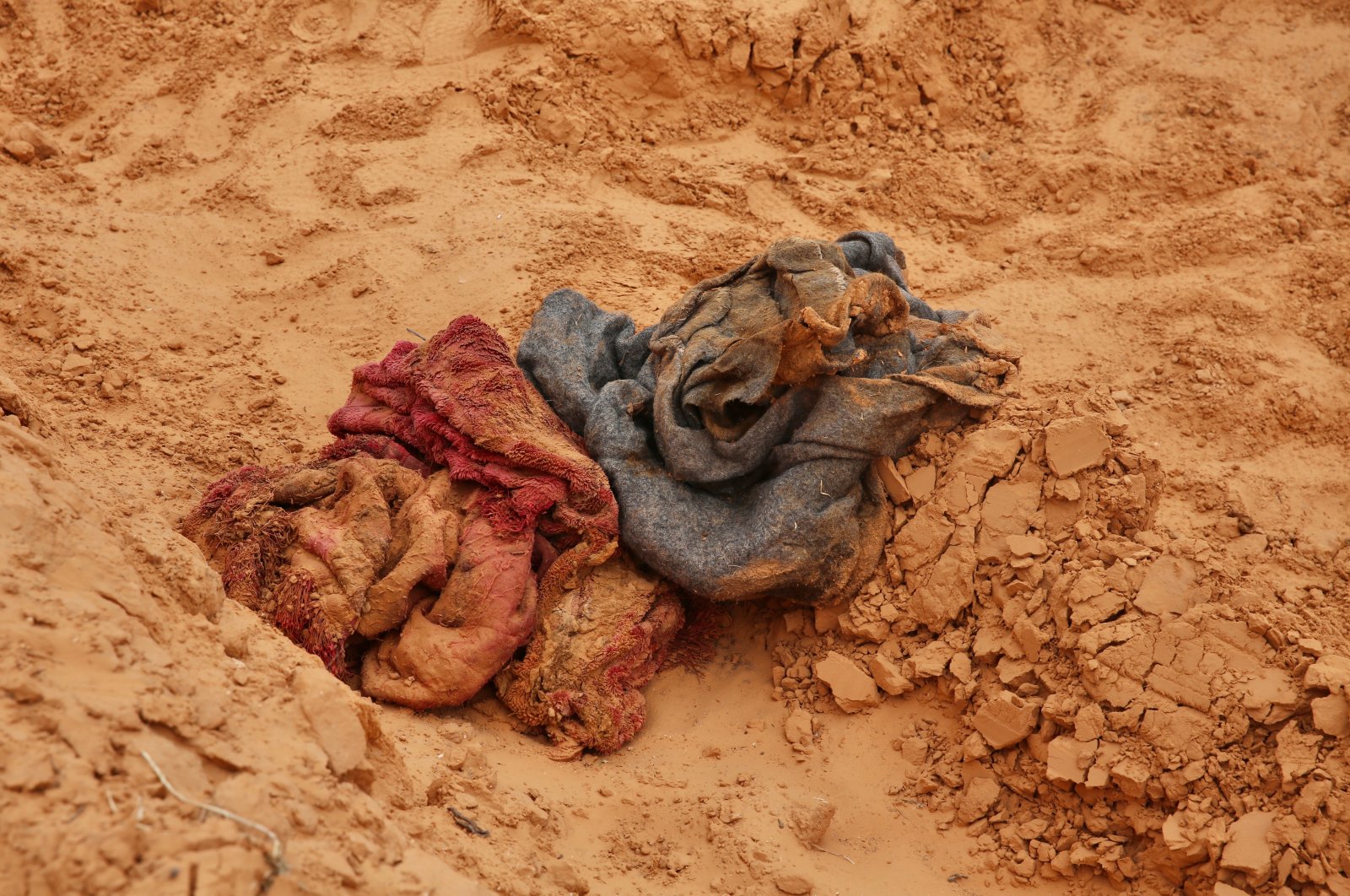 Human Rights Watch (HRW) called on Libyan putschist Gen. Khalifa Haftar on Tuesday to investigate alleged war crimes by his fighters after the discovery of mass graves in territory formerly under their control.

The New York-based watchdog said it had yet to receive an answer from Haftar's forces to a previous request for information about footage posted on social media last month that appeared to show summary executions and desecration of corpses by his men.

"Haftar needs to urgently hold his forces accountable for any war crimes they are committing and apparently advertising online," HRW's senior Libya researcher Hanan Salah said. "Senior LAAF (Haftar's Libyan Arab Armed Forces) leadership has ignored these crimes, but they should be held accountable by domestic and international courts for complicity in abuses."

The allegations have taken on new momentum after forces of Libya's U.N.-recognized Government of National Accord (GNA) drove Haftar's fighters out of all their remaining positions in the west in recent weeks.

Government forces say they have discovered eight suspected mass graves, most of them in and around the town of Tarhuna, southeast of Tripoli, which served as the main staging point for Haftar's 14-month offensive against the capital.

The United Nations Support Mission in Libya (UNSMIL) expressed "horror" at the discovery and welcomed a decision by the GNA to establish a committee to investigate the finds.

It is not the first time that Haftar's loyalists have faced allegations of war crimes.

In 2017 and 2018, the International Criminal Court issued warrants for the arrest of a LAAF commander, Mahmoud al-Werfalli, for his role in a series of extrajudicial executions and desecration of fighters' corpses in Libya's second city Benghazi.

The internationally recognized Libyan government has been under attack by Haftar's forces since April 2019, with more than 1,000 people killed in the violence.

While the GNA is backed by Turkey and its ally Qatar, Haftar is supported by Russia and the United Arab Emirates as well as Egypt.