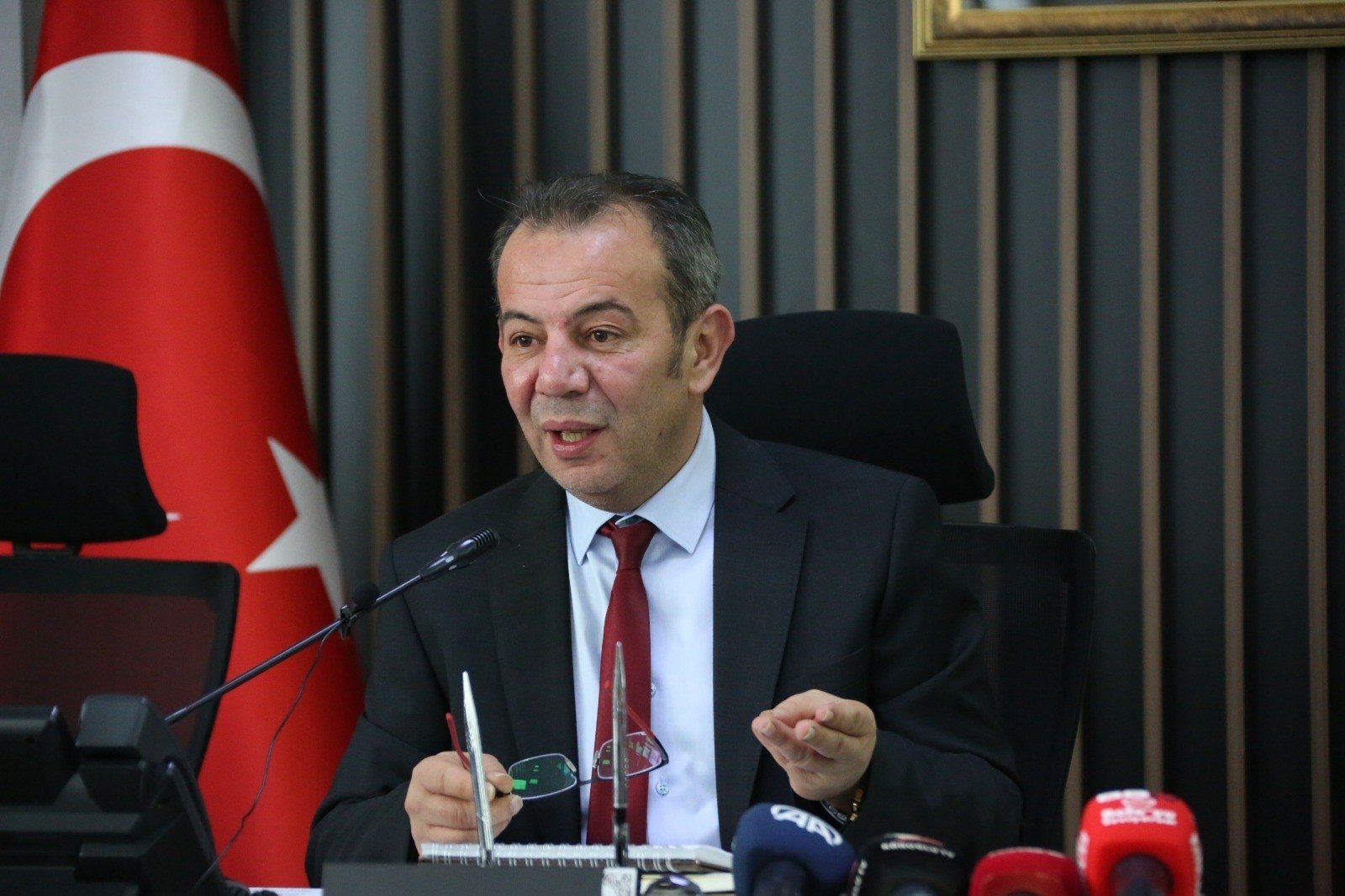 The Interior Ministry on Tuesday launched an investigation into Bolu Mayor Tanju Özcan after his radical decision to hike certain prices for foreigners was met by public outcry.

Bolu Municipal Council, led by Özcan, passed a law enforcing an elevenfold increase in water bills and an outrageous markup in fees to perform marriage ceremonies for foreigners.

At the second municipal council meeting on Monday, a draft was accepted that proposed increasing the cost of water to $2.5 (TL 32) per cubic meter for foreigners and charging a whopping TL 100,000 ($8,516) to officiate civil marriages.

The draft was passed with the approval of the Nation Alliance in the council, which consists of the main opposition Republican People’s Party (CHP) and the Good Party (IP).

"Are our foreign asylum seekers disturbed by this? If so, water is cheaper in Damascus. Here you go. Wedding fees are also cheap in Damascus," Özcan said on Tuesday.

"It is said that we discriminate. The Constitution of the Republic of Turkey is clear. The Constitution binds the citizens of the Republic of Turkey. There is no such thing that foreigners and Turkish citizens will be equal. Those who have obtained a residence permit will be affected by this increase. There is a group under temporary protection by the United Nations and those who have gained refugee or immigrant status in Turkey in accordance with the provisions of the Geneva Convention will not be affected by this."

Ministry sources told Anadolu Agency (AA) that the decision will be evaluated in line with the principles of "equality before the law" from Article 10 of the Constitution and "equality and prohibition of discrimination" mentioned in Articles 3 and 5 of the Turkish Human Rights and Equality Institution Law. Article 122 from the Turkish Penal Code on "hate and discrimination," Article 216 on "provoking the people toward enmity and hostility" and Article 257 on "misconduct" will also be taken into account while reviewing the mayor's actions.

Legal evaluations of the investigation will be shared with judicial authorities, relevant institutions and organizations.

Özcan was elected as mayor from the CHP in 2019 and has drawn the ire of human rights organizations for cutting off aid to refugees.

He has been accused on social media of being a "populist" and "fascist," with some even calling for a racial discrimination complaint to be filed against him.

This is not the first time Özcan has attempted to single out "foreigners,." He had previously said outsiders would have to pay 10 times the amount in solid waste tax collected by the municipality. The decision was applied to all foreigners in the city, but Özcan’s moves are directed in particular at Syrian refugees, who make up a minority in the province.

The mayor has openly said the price hike is designed to make foreigners leave. "They overstayed their welcome. If I had authority, I would deploy municipality officials to throw them out by force,” he said, noting that he allocated buses to transport refugees for free when Turkey briefly opened the borders to Europe to them.

The decision comes as anti-refugee sentiment among supporters of opposition parties is on the rise, propelled by an alleged influx of Afghan migrants to the country as people flee the Taliban.

Turkey is home to the biggest Syrian refugee community in the world, hosting around 3.8 million. Through charities and funds from abroad, Turkey takes care of refugees as the war in neighboring Syria seemingly has no end in sight.

Refugees are widely embraced by the public, but the opposition parties often use the people as fodder to fuel xenophobic, anti-refugee discourse. CHP leader Kemal Kılıçdaroğlu has repeatedly pledged to “send back” Syrians to their homeland if his party wins the elections.