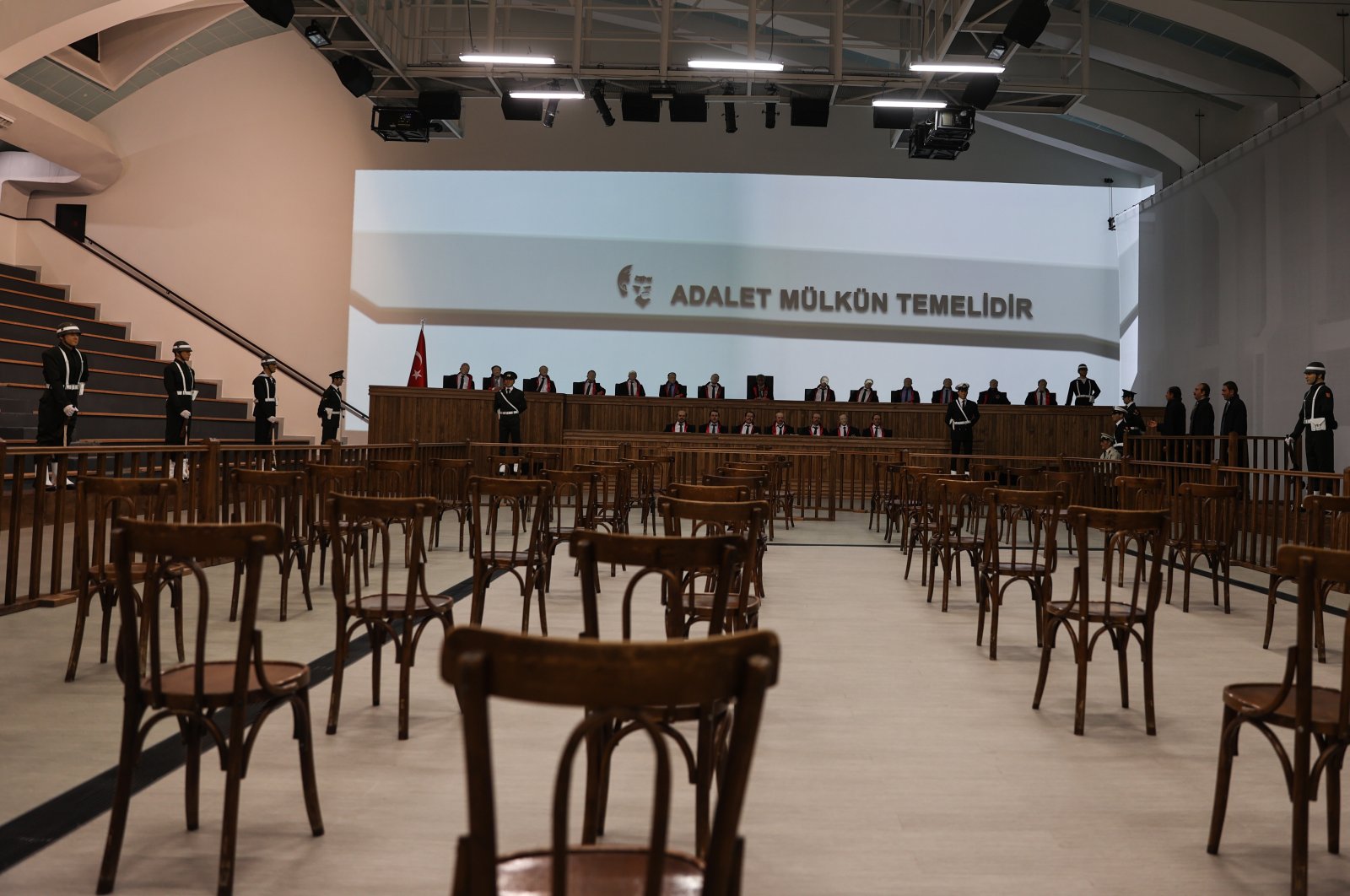 A room at Yassıada, whose name was changed to "Democracy and Freedom Island," symbolizes one of the darkest eras in the history of the republic because of its notorious jails and trials from the 1960 military coup, Turkey, May 25, 2021. (AA Photo)
by DAILY SABAH Jun 04, 2021 1:28 pm

The ruling Justice and Development Party (AK Party) has completed the fourth package of Turkey's judicial reform strategy announced in May 2019.

During the AK Party’s parliamentary group meeting Tuesday headed by Vice President Fuat Oktay, it was decided that the proposal formerly envisaged as a 35-article motion be reduced to 32 articles. The package is expected to be submitted to the Turkish Parliament speaker's office next week.

Crimes against divorced spouses will also be included within the scope of crimes committed against a spouse, which is included in the scope of "qualified crimes," and open the way for penalty increases. Accordingly, it will be possible to hand a sentence of “aggravated life imprisonment” to those that murder their former spouses.

In the case of a decision of house arrest as part of the judicial control, one day from the person’s conviction will be decreased for every two days the person spends at home.

A practice similar to the effective remorse principle of the Turkish Penal Code will be applied for tax crimes. According to the “remorse and amendment” regulation of the tax procedure law, the person cannot make use of “remorse” after the crime is detected by the authorities. In the new regulation in the package, if the person makes use of effective remorse before the judicial process of the crime starts, the fine that will be paid by the person will be subject to a 50% reduction, while it will be a 25% reduction if the person uses it after the process ends.

Yet, during all these processes, reconciliation will be sought and the side affected negatively by the crime will be able to file lawsuits.

The first judicial reform package included the Human Rights Action Plan based on the vision of "Free Individuals, Strong Society: More Democratic Turkey," and its motto: “Let people live so the state will live!”

The plan originates from the state’s "obligation to protect, in all of its affairs, acts and with all of the state institutions and organizations, the physical and moral integrity and the honor and dignity of individuals."

The president had called 2021 the “year of reforms” and pledged that his party would bring about many reforms in the fields of justice and economy.

The judicial reforms are aimed to make the judiciary "trust-ensuring, accessible" and to contribute to the country's judicial system by raising standards regarding individual rights, liberties and democracy.

The nine targets include protecting and improving rights and freedoms; improving judicial independence, objectivity and transparency; improving both the quality and quantity of human resources; increasing performance and productivity, enabling the right of defense to be used effectively; making justice more approachable; increasing the effectiveness of the penal justice system; simplifying civil justice and administrative procedures; and popularizing alternative dispute resolution methods.