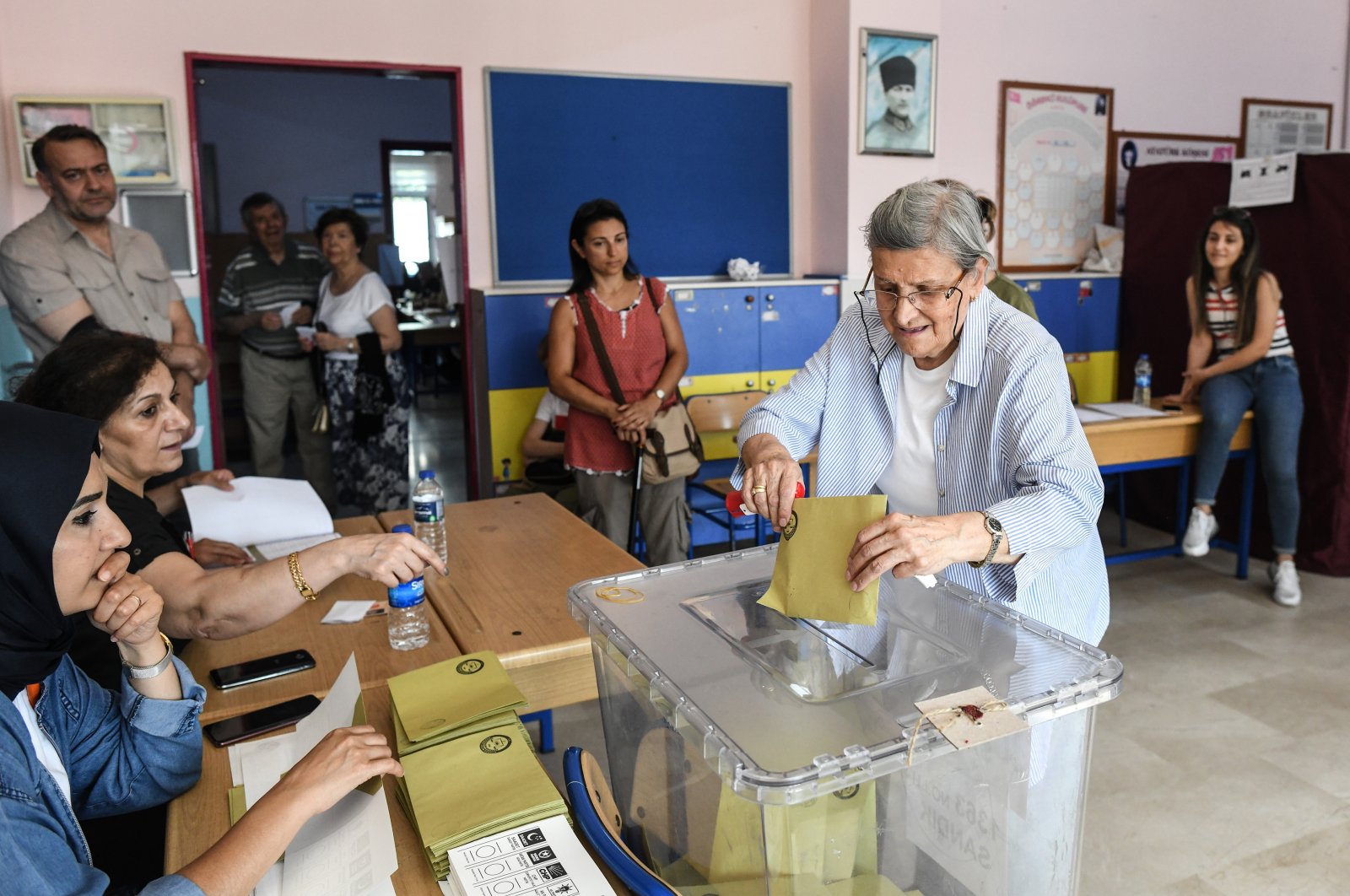 Two years ago, Turkey kicked off a series of reforms in its legal system in an attempt to enhance democracy in the country while promoting human rights and liberties. Recently, one of the most crucial steps in the process was taken as President Recep Tayyip Erdoğan announced the Human Rights Action Plan. Now, all eyes are on the new constitution that is to be prepared in the upcoming two years, the final step in this reformation period.

Legal security is "the most important principle" in Turkey's groundbreaking new Human Rights Action Plan, designed in response to the wants and needs of the Turkish public, the nation's justice minister said Wednesday.

Abdulhamit Gül told Anadolu Agency's (AA) Editors' Desk that the Human Rights Action Plan is a reminder not only to courts, judges and prosecutors but to the public in every field.

"Since it concerns all our citizens, we have worked on the issue with all segments of the society," he said.

We will set our goals and share them to our nation's discretion, he added.

Turkey on Tuesday announced its new action plan on human rights, which has 11 main principles set to be carried out over the course of two years.

The new action plan is a step in its reform journey that the ruling Justice and Development Party (AK Party) has been carrying out continuously and uninterruptedly since the day it was founded in 2001.

Erdoğan on Tuesday unveiled Turkey's long-awaited Human Rights Action Plan, noting that "broad-based consultations were a part of every activity in the plan prepared according to our nation's expectations."

The nine aims of the plan are designed to provide a stronger system for the protection of human rights; strengthening judicial independence and the right to a fair trial; legal foreseeability and transparency; protection and promotion of the freedoms of expression, association and religion; strengthening personal liberty and security; safeguarding physical and moral integrity and the private life of the individual; more effective protection of the right to property; protecting vulnerable groups and strengthening social wealth, and last but not least, high-level administrative and social awareness on human rights.

"This is not a law text, but a goodwill document," Gül said on the issue, adding that it is not a text just for political parties, but for all people.

On the criticism of the plan, he said they will examine all arguments "with great care" and treat them as constructive and serious criticisms.

The plan was generally welcomed by Turkish society, while minority groups especially appreciated the move due to its emphasis on religious freedom. The plan enables public- and private-sector staff and students to take time off for religious holidays they observe regardless of their faith. The president underscored that public and private employees and students of all religions will be granted a leave of absence on their religious holidays.

Speaking on the issue to AA, the head of the Sait Susin, head of the Istanbul Syriac Ancient Foundation said that he attended the consultation meeting on the plan during its preparations and now see that their suggestions were taken into consideration.

"We have always been saying that the children should be able to take a break during their religious holidays...Thank God the authorities, especially the President, considered this and added to the plan," Susin said.

Another statement came from the Chief Rabbinate of Istanbul, which shared the tweet on its Twitter account, saying that they "welcome" the plan with "enthusiasm" and "hope."

Additionally, efforts to fight cybercrimes and bullying will be accelerated and international partnerships will be established in this respect. The violation of human rights on social media will be prevented in a way that will not limit the freedom of speech.

While announcing the plan, Erdoğan highlighted one topic heavily: "The ultimate aim of Turkey's action plan is a new civilian constitution."

Erdoğan on Feb. 1 had announced: "It is time for Turkey to discuss a new constitution again." Talk of a new Constitution came amid the government's new democratic reform initiative. The president referred to 2021 as the “year of reforms” and pledged that his party would overhaul the economy and judiciary.

The president wants Turkey to have a civilian-drafted constitution by 2023, coinciding with the centenary of the foundation of the Republic of Turkey.

Regarding the issue, the deputy head of the CHP Muharrem Erkek said on Wednesday that a "mentality that does not respect the rights of the European Court of Human Rights of the Constitutional Court cannot make reforms on human rights." Erkek also criticized the usage of the word "reform" and said that any step that is taken in the country has been referred to as "reform" by the ruling party, which is not always correct.

The head of the Felicity Party (SP), Temel Karamollaoğlu, on the other hand, expressed that if the mentality and approach don't change then the number of reforms do not mean anything.